A mild and gentle rain had just begun. Through a narrow gap in a thick hedge hiding the river Garonne, I saw two elderly men fishing. I found a way to reach them.

I asked about fishing, then about living in their enchanting region of Bordeaux in southwest France. They described lives barely touched by time. Lives that follow the slow seasonal rhythm of the vineyards with the same ancestral predictability as the river current is regulated by the tides of the distant Atlantic Ocean.

As I walked back to the edge of the town of Cadillac, raindrops had covered all the vines, extending to my right, as softly as a caress.

After years in the Fine Dining restaurant business, Bordeaux had long been for me an intriguing destination. About a year ago I learned that Pahlmeyer, the California winery was associating with a river cruise. The time had come for me to go.

I was confident a winery that has been consistently producing world class Bordeaux blends and Chardonnays and is inspired by a remarkable philosophy of service would be a reliable indicator of quality. I was not disappointed. The week was unforgettable.

"Taking care of a vineyard makes me humble" Bibiana told me. She is the Pahlmeyer winemaker, a hugely prestigious job in the wine world and yet her humility is transparent. She is a warm and thoughtful young woman with thick brown hair, dark intelligent eyes and a classical face that would be perfectly at home on Roman mosaics. She is from Medellin and possesses the lively Latin charm of all the people from Colombia whom I have ever met.

She reveals: "It is interesting that I first had the dream of making wine at the age of 14, while living in a country that did not drink a lot of wine." Most significantly Bibiana Gonzalez-Rave Pisoni is an immense talent.

For such a hallowed region, Cadillac's wine ambitions are relatively modest. It is geographically close but still a world apart from Pessac and the sumptuous wine estate of Chateau Haut-Brion - the first wine super-star, with an international reputation dating back to the mid-17th century.

After successful University studies, Haut-Brion was where Bibiana learned to convert her winemaking knowledge into art. She credits its Cellar Master as the one who most influenced her style along with her husband, Jeff Pisoni, also a winemaker.

The stunning medieval town of Saint-Emilion with its narrow hilly streets reflects the venerable history of the surrounding vineyards. Emilion, the ascetic hermit from Brittany, came here in the 8th century to live off water and contemplation in a tiny underground cave carved out of the thick limestone.

Other monks followed and began commercial winemaking and tending to visitors. These days, wine tourists vastly outnumber pilgrims, but the austere cave has retained its spiritual quality.
Surprisingly, the Benedictine monk, Emilion, living here in holy solitude, became associated with prayers for fertility. It is reminiscent of the ancient Egyptian parallel of Renenutet, goddess of wine, harvest and fertility. The universe of wine is an introduction into ancient history. This is of great interest to Bibiana: "Wine is such an ancient beverage that connects us to our collective human history."

Art is not just inspiration and technique, it is also connection. Ancient mythologies express superbly the mystical communion between the winemaker and the vine. Like gifted tenors who connect deeply with the soul of music, great winemakers have a unique ability to relate intensely with the spirit of both their art and their vineyard. Winemaking is a creative profession that demands a lot of heart.

Medieval pilgrims who stayed in Saint-Emilion on their way to Santiago de Compostela in Northern Spain made a journey primarily of self-discovery. Wine helped them get there in body and spirit.

Thus, local inns became prosperous selling wine to pilgrims. A beautiful Egyptian proverb reminds us that in water we can see our face but in wine the reflection of the heart. As our group sailed along the great rivers of the region it occurred to me that the cruise had also become for me a pilgrimage within.

On the last full day of the visit, torrential rain, in the city of Bordeaux, motivated me to explore in detail the Cathedral of Saint Andre, a truly majestic Gothic Jewel. It was in this Church that in 1137, Eleonore of Aquitaine the most fascinating woman of the middle-ages married King Louis VII of France.

This iconic wine region was her land: poetic, refined, beautiful and haunting just as she. As I continued my solitary walk back to the ship and the Quai des Chartrons, where Thomas Jefferson famously spent five days in May 1787, I daydreamed about her astonishing life. Maybe you have to be a little bit of a historian and a poet to fully unwrap the gift of wine.

The evening prior, our cruise ship was in the very picturesque town of Libourne on the Dordogne. Dinner was being served. I was at a window table with Tom and Wendy, my dear friends from Montana with whom it is always a delight to share a conversation and the joy of living. The wines, some of them made by Bibiana, were truly exceptional. Suddenly the sky was set ablaze with a burning sunset. It, literally, took our breaths away. For a fleeting but vibrantly real moment, Eden, long elusive, had been found.

Notes: Bibiana Gonzalez-Rave Pisoni has been winemaker at Pahlmeyer wine estate since 2012. She and her husband Jeff have a 15 months old son Lucas.

The river Cruise ship was the River Royale. 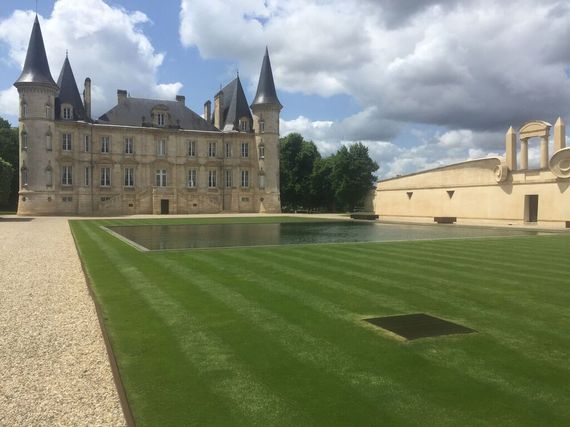 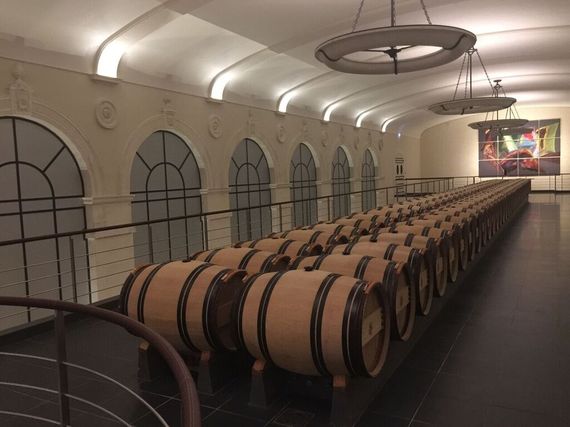 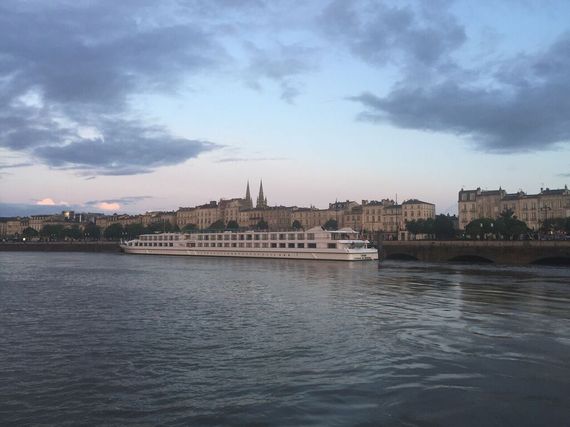