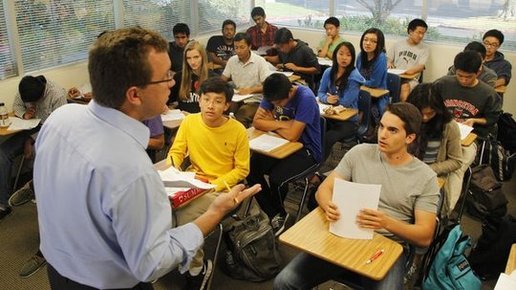 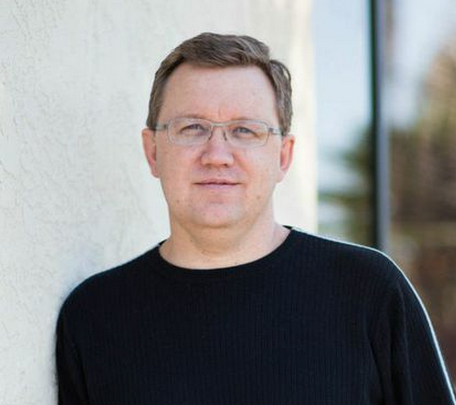 Test preparation for college entrance exams, especially for the crucial Scholastic Aptitude Test, has become a $2 billion to $4 billion industry, along with the market for downloads and book supplements.

There has been much debate about whether test prep can increase scores and by how much -- a cost-ineffective 30 points or a healthy 100, enough to raise an admissions officer's eyebrows and cause hand-clapping among parents who pay for all this.

Whether high scores are really much of a predictor of college success, let alone success in life, is a question best answered by Socrates or maybe Bill Gates, Mark Zuckerberg, Larry Ellison or Ted Turner, college dropouts all. In today's multifarious (look it up, probably worth 10 points) market, whether high scores are what get you into Yale or UC San Diego in what has been called the educational arms race may also be debatable.

"Irrespective of the quality or type of school attended, cumulative grade-point average (GPA) in academic subjects in high school has proved to be the best overall predictor of student performance in college," Richard Atkinson, president emeritus of the University of California system, has written. Atkinson is the man most responsible for forcing changes to the modern SAT.

About 80 California high school students out of some 241,553 taking the SAT last year scored that perfect trifecta. Of these 80, a stunning one-quarter, or 20, came out of the program at a San Diego startup company, Hamilton College Consulting.

"Most SAT prep in the United States is not skills-based," says Hamilton, 45, a former Ph.D. instructor in 18th- and 19th-century English literature at UCLA. "It's based on short cuts, strategies and tricks. You can impart these to students in a short period of time without actually teaching skills at all. For instance, a pretty common strategy is 'Skip the hard math problems, because they're not really worth any more than the easy ones.'

"But the kinds of students who walk through my door don't want to leave questions unanswered. They're getting A's in school, or A's and B's. They're motivated.

"Most test prep in the U.S. generally has one instructor who teaches reading, writing and math, the three components of the SAT, and the instructors are usually college kids, sometimes high school students. Our teachers have often been awarded best-teacher-of-the-year in some system or university.

"Most courses sign their students off the Internet anonymously with a credit card. We meet with students and their families for about 45 minutes, and then I talk to the student herself. There's got to be a spark. She has to want to be in school several hours a day, all summer long, or at night, or on weekends. We then test them ourselves, before and every week, too, and group them in nine different classes depending on the holes in their learning."

What about the La Jolla party girl whose grandparents are footing the bill, and maybe she's plenty smart but not so driven?

"That's actually a very interesting problem," says Hamilton, who would make an ace child psychologist, "more in L.A. than in San Diego, actually."

He explains that some intelligent kids are from families so rich they know no matter what they do, they are going to have very comfortable lives. The sweet spot for Hamilton is lower down, the family that has worked hard to achieve something but wants more for their kids, engineers and scientists who'd like their children to launch their own companies, for instance.

"What's right about San Diego is pretty dramatic and extraordinary. We have something that I think doesn't exist everywhere. And that is a robust middle class. We have people who pursue the American dream. We have people who, like a lot of our grandparents and great-grandparents, came here because of the opportunities, and their kids have access to great public schools and great teachers and safe neighborhoods.

"San Diego looks a little puzzling to a lot of East Coast colleges -- all these amazing kids coming from San Diego. A lot of it has to do with technology, the life sciences, the reasons that parents have come from other countries to make a life in San Diego. And they bring with them the kind of work ethic that Americans typically bring with them.

"Most of our students are English-speaking as children, what I call 1.5, not first generation but with first- or second-generation parents. Many of our parents bring a sensibility informed by another system, India, China, Korea, sometimes France or Germany. 'My kid has this hobby or passion, you know? She loves playing music, but I tried to tell her she's got to be focusing on school and she should give this up.' It's usually my job to say, 'Your daughter's right. What she loves to do speaks strongly to a college-admissions officer.'"

Hamilton needs to leave his modern Sorrento Valley office, where chairs are piled high with new hard-bound novels he hands out like strawberry pancakes. Time to teach a class on reading comprehension. It is a discrete sea of energetic Chinese/Korean/Indian faces. You wonder how the few tousle-haired beach blonds got there -- until they start spouting Kafka.

Whatever's wrong with America's educational system, says Hamilton, it's not a problem at the very top because we produce a lot of entrepreneurs, and other countries struggle to figure us out. Other countries are not so interested in their students' individual creativity, their challenges, their stories.

"In our system, we have 36,000 high school valedictorians. Yale turned down 28,000 high-scoring individuals. The No. 4 in the high school class might be more engaging, interesting, look more like someone who's going to do something in life because that kid maybe started a nonprofit to deliver tutoring services to kids in an inner-city school."

So, you can get into Hamilton, perhaps the best prep-testing program in the country, but, uh, you got to test to get in. And then, once your own fiery motivation has been harnessed to your native ability and you actually score 100 points higher, or maybe even win the derby with a Trifecta 2,400, then Hamilton counsels that you have only made it through the Cloud. The top of the mountain lies higher. You will need to be/become a well-rounded individual.

These days, ambitious kids study so intensely they have little time to read for pleasure. A major theme for Hamilton is teaching comprehension, irony, point of view, just plain reading. Math can be taught, but reading must be read. Longitudinal studies show that adults score worse on the math component of the SAT over the decades but better on reading, presumably because they've had time to do a lot more of it than most bright 17-year-olds.

Every ambitious wonk in America remembers his SAT score the way most people remember where they were on 9/11. I remember that I got a perfect 800 on the old verbal SAT but scored embarrassingly lower on the essay, which these days is graded on a PDF sent afar, like a blood test. I should have been a doctor. I realize now nobody could read my handwriting.

"Ah," smiles Hamilton, holding up a finger Dumbledore-fashion, "that's called dysgraphia," the test word for atrocious, developmentally down-driven penmanship. "You have to have a doctor's diagnosis for that, then you get to use your computer."