Colombo, Sri Lanka. The Tamil Tigers (LTTE) are considered a terrorist organization by 32 countries. Their soldiers wore cyanide vials for consumption upon capture.

They invented the suicide belt and pioneered the use of suicide bombing as a tactic.

They also pioneered the use of women in suicide attacks and forcibly kidnapped and inducted child soldiers. Over 5,000 child soldiers have been reported.

According to Jane's Information Group, between 1980 and 2000 the LTTE carried out 168 suicide attacks causing heavy damage on economic and military targets. 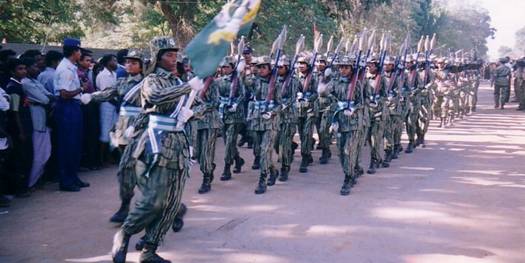 Women were used extensively in the Tamil military.

According to the F.B.I, "the LTTE has perfected the use of suicide bombers, invented the suicide belt, pioneered the use of women in suicide attacks, murdered some 4,000 people in the past two years alone, and assassinated two world leaders - the only terrorist organization to do so."

The Sri Lankan government has battled the Tamil Tigers on two fronts for almost three decades: on the battlefield and in the arena of world opinion. No one thought they could win militarily, but they did.

In the days of the conflict's end, U.N. Secretary General Ban Ki-Moon appealed to the Tigers to stop using children as hostages, to stop recruiting child soldiers, and to stop putting children in harms way.

The U.N. Security Council issued a statement, "We demand that the LTTE immediately lay down arms, renounce terrorism, allow a U.N.-assisted evacuation of the remaining civilians in the conflict area, and join the political process."

The U.N. acting representative for Sri Lanka, Amin Awad, said that 6,000 civilians had fled or were trying to flee, but that LTTE was firing on them to prevent them from escaping.

In spite of the use of children by the Tigers as soldiers and hostages, the Sri Lankan military was able to defeat them slowly, surely - and cautiously.

First they won militarily, and then they won diplomatically in Switzerland, as Sri Lanka held off an attempt by the European Union to call for an investigation of so-called human rights abuses.

Although the Sri Lankan government has succeeded in stopping the former colonial powers from lecturing them in Geneva, sentiment runs deeply against Sri Lanka from London to Toronto, and even down into New York and Washington.

As an American who has been actively involved with Sri Lanka since the Tsunami, I have never understood this.

I am beginning to. The Tamil Tigers not only created the world's most powerful terrorist organization -- the only one ever to have a full army, navy, and air force -- but they created a network within the 1.2 million Tamil Diaspora that is almost as powerful. 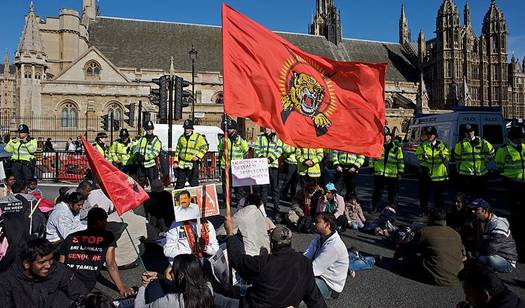 Disturbingly, another factor may also be involved. Racism. I often wonder why the Fight Against Terrorism seems to be a white man's fight, and when in the word's of Teddy Roosevelt, our "little brown brothers" stand up for themselves, somehow charges of abuse and rights violations are leveled by the West.

When the U.S. invaded Iraq, with the full cooperation of the U.K., many civilians were killed. As have been killed in Afghanistan. Not to mention abuses at Abu Ghraib and Guantanamo Bay.

Perhaps the specter of a developing nation conquering terrorism is galling to us in the developed world, knowing Osama Bin Laden has eluded our best efforts to capture him.

We seem to suffer from Empty Nest Syndrome. We need to accept that our former colonies have grown up - and can now stand for themselves. 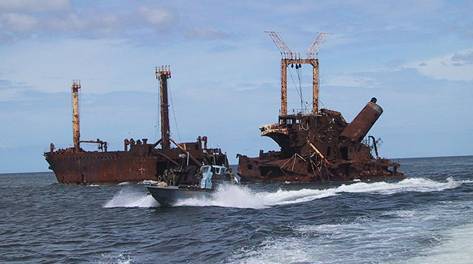 The Tamil Tigers were defeated despite being far better organized than Al-Qaeda. The Tigers had branches that included:

Sea Tigers - the Tiger navy, including submarines, which is said to have destroyed 50% of the Sri Lankan Navy's coastal craft.

Tiger Police - the Tamil Eelam police was a key factor in maintaining law and order. It was also an integrated arm of the LTTE armed force.

Tiger Courts - the LTTE judicial had district courts, high courts, a supreme court, and even a court of appeal.

Voice of Tigers - the LTTE ran its own radio and television stations.

This apparatus was used to ethnically "cleanse" Muslims from northern Sri Lanka from 1985-1992. It was also used to kill many Tamils who cooperated with the Sri Lankan government.

Over the past thirty years' conflict, fought by the Tigers, Tamils were allowed to flee Sri Lanka and apply for refugee status in Canada, the U.K., and other nations friendly to humanitarian causes.

India would like to return the more than 100,000 Tamil refugees living in the Indian province of Tamil Nadu. Canada, by comparison, plans to encourage "family reunification," bringing those who never escaped over to join those who left years ago.

Sri Lanka has a per capita income of under $2,000 per year. Has the Diaspora been as economically motivated as it has been politically? I would rather have had the economic support of Canada than live in Jaffna under the Tigers.

The Tamil Tigers, known as the Liberation Tigers of Tamil Eelam (LTTE), were formally established in 1976. Its leader, killed two weeks ago in the north of Sri Lanka, was Velupillai Prabhakaran. The Tigers were a successor to the Tamil New Tigers, active since the late 1950s. 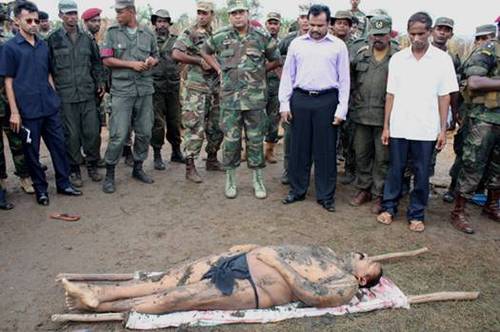 The Tigers maintain to this day an enormous war chest -- funded by extortion to their own people combined with drug running -- and the race to control it following the death of their leader has been intense.

According to many experts, a significant portion is obtained through criminal activities, involving sea piracy, human smuggling, drug trafficking, and gunrunning.

The Tigers are estimated to have raised $300 million annually. Let us see these Tamil organizations in Europe and North America now contribute to helping rebuild Sri Lanka's devastated North and East coasts. 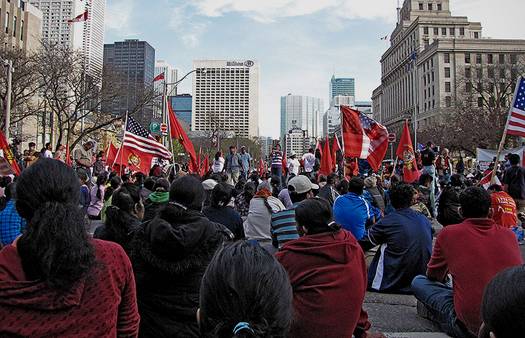 One man who hopes to assume the Tiger throne, "K.P.", is listed by the Interpol as being one of the world's most dangerous terrorists.

The Tamil Tigers links to international terrorism were legendary. They worked closely with the Palestine Liberation Organization and trained members of the Popular Front for the Liberation of Palestine in Southern Lebanon.

The Times of India has written about the alleged nexus between al-Qaeda and the LTTE, and claims that "[al-Qaeda links with the LTTE] are the first instance of an Islamist group collaborating with an essentially secular outfit."

It was rumored that the Indonesian group Jemaah Islamiya, which has known links to al-Qaeda, was trained in sea-borne guerrilla tactics by LTTE Sea Tiger veterans.

Reports have stated that the Tamil community in Norway, at the behest of the LTTE, sold fake and stolen Norwegian passports to al-Qaeda members. 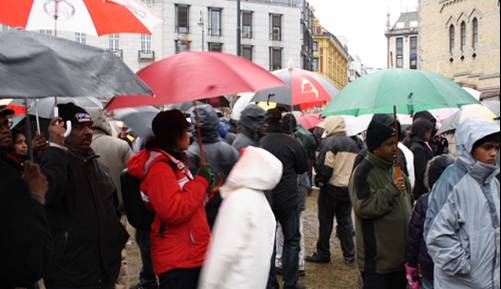 There are several Tamil political parties today in Sri Lanka. These parties are actively engaged in the political fabric of the nation and warmly welcomed as part of the recovery process. Fourteen members of Parliament are Tamil already.

The only hope for the Tiger's future legitimacy is to claim to renounce violence and embrace the democratic process in Sri Lanka. One former Tamil sympathizer in London has written, 'our liberator became our Pol Pot.' Too little too late.

And the hatred continues. One angry commenter to my last story in the Huffington Post hoped the LTTE remnants would assassinate Sri Lanka's president and defense minister. In the U.S., threatening the life of the president is a prisonable offense.

The Sri Lanka government has no intention of allowing one of the world's largest terrorist organizations back into its nation -- anymore than the U.S. would allow Bin Laden to renounce violence and run for the U.S. Senate.