I'm not a critic. I've always thought I'd make a pretty bad one -- little things bother me a tremendous amount, or not at all, depending on my mood. I have odd tastes. But the one thing I would have going for me is that I never prejudge. Yes, I look forward to some things more than other things, often based on buzz, but I've never said anything like, "She's horrible," before I saw a performance. 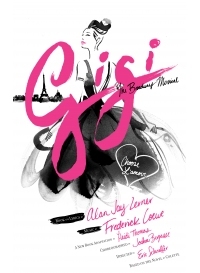 This past fall, I was unhappy the Broadway community seemed reluctant to embrace The Last Ship (before performances even began) because of some predisposed notions. This spring, I come to the defense of another musical I think people had really ingrained ideas about, Gigi.

Vanessa Hudgens. Most people my mother's age have no idea who she is. When they find out, they are not happy. "Couldn't a real performer do this role? Why didn't they cast a Broadway person?" This is something I've heard over the years about many Hollywood performers who dare to grace the musical stage. Christina Applegate was a great Charity, better than Charlotte d'Amboise, my very favorite Roxie Hart and an otherwise solid stage performer. But tons of people who didn't even see Applegate labeled her as horrid. (Then there are those that did see her and just didn't like her, which is totally okay. To each his own.) The Broadway community doesn't love interlopers in musicals. They consider musicals to be the genre of "our performers," people who might not have a small or big screen career but excel as singing actors. What happens when one of these folks is bad? We protect them. Laura Benanti -- critical darling and often masterful Broadway star -- gave a dismal performance in The Wedding Singer. Miscast and saddled with subpar material, her performance conveyed that she didn't want to be there (and she coincidentally often wasn't). I spoke to many critics after press performances who said some version of: "What is wrong with her?" But did anyone write that? Nope. Now, Wedding Singer was generally lackluster and there was no reason to single her out. However I was still struck by how many people said something to me right after compared with the lack of related quotes in print reviews. Yet when someone comes from out-of-town, the community is immediately wary. I've always felt differently - I want Broadway actors to work, but I also see the benefit of attracting a new audience to the theater. So I go in wanting to support the interlopers, as I hope they bring in people who wouldn't ordinarily see a Broadway show but just might get hooked.

I was pleasantly surprised by Hudgens who has a clear joy and vivacity. She obviously wants to be there. I disagree with those that found her one-dimensional. Yes, she is exceedingly eager and wide-eyed throughout most of the show, but I did feel an emotional center and depth at some points. Everyone is entitled to their own opinion--and many genuinely didn't like Applegate--but I have this sneaking suspicion some of the reviews would have been at least somewhat kinder if that was an unknown theater actress in the part. I was happy to see that some of the critics did embrace her.

The show itself also seems to have let people who were looking for a copy of the movie down. I get that. Who doesn't love the film Gigi? I've seen it dozens of times, and it is my friend Devika's favorite musical movie. But if you want the movie onstage, then don't go to a show where the press team has heavily promoted its new book. I knew going in this wasn't going to be the film version of Gigi onstage. I didn't expect it to be very French -- no one in it or involved was French. Unlike An American in Paris, which had its tryout in Paris, this production seemed decidedly American, despite the setting and poster. This knowledge helped me. Now, there are those that are going to argue that those going to see Gigi should see the Gigi they know, but in the world of revisals that expectation is simply not a warranted one. I wish it was, honestly, but it is not.

Of course, you want the characters to be the characters you know. In that way, this revisal falters by casting a young Gaston (the on-the-rise Corey Cott), completely changing the dynamics of the central story. I didn't love that. The story is light on substance to begin with, and without that element, it seems to evaporate into simply a traditional tale of young love with confusing overtones. And I didn't agree with some of director Eric Schaeffer's choices, which I considered pedestrian. Then again, I've never thought he was a brilliant director. I didn't even like his acclaimed Follies. But, I digress. I still recommend Gigi for an enjoyable night at the theater. 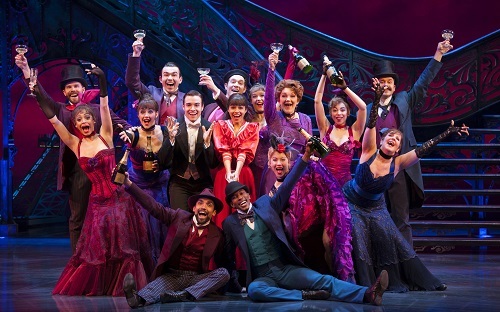 "It has no purpose" or "It has no point" -- those are things people say when they come out of the theater. I've said them. I hate saying them. I hate hearing them. Oddly, over the years, I've had discussions with Gigi's press agent Jim Byk about how much I hate that sentiment. He has concurred. The purpose can be to entertain. Why does there need to be a purpose beyond that? Yet we all seem to want one somewhere in our hearts. Maybe because ticket prices are so high. Maybe because entertainment is everywhere for the picking. Maybe because we're pretentious and like to feel smart. But to me it should be fine if the purpose is just to give people a smile.

This revival of Gigi might have no other purpose than as a source of enjoyment -- but maybe that is enough for most audience members. The crowd I was there with, filled with an amazing amount of kids and teens for a press night, seemed to like it. There is a good amount of dancing, but not too much. The ensemble is filled with new talent, always good to see, and also veterans (Cameron Adams' ninth Broadway show; Ashley Yeater's fifth). The production is lush, with attractive costumes and a large set. The orchestra sounds wonderful and full. It offers the audience members a chance to see Dee Hoty in pitch-perfect form. The score might not be the very best Lerner & Loewe, but it is lovely.

This Gigi is definitely not revolutionary theater. You're not going to talk about it to your grandkids. But I think many people will be entertained and impressed by the spectacle onstage at the Neil Simon Theatre.