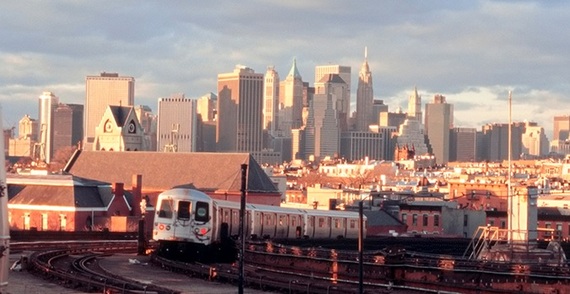 Yesterday, Beth Goldman, President of the New York Legal Assistance Group, had the opportunity to join a number of advocates, tenants, academics and legal services providers in testifying before the New York City Council Committee on Courts & Legal Services. She was there to speak in support of Intro 214-A, legislation introduced in March 2014 by Council Members Mark Levine and Vanessa Gibson. It has been sponsored by 41 members of the Council and the Public Advocate, and endorsed by the New York Times Editorial Board. The bill would create a right to legal representation for low-income New Yorkers in eviction, ejectment and foreclosure proceedings.

The lack of affordable housing in New York City has become a true humanitarian crisis, increasing homelessness, displacing families that have lived here for decades and irreversibly altering the character of neighborhoods. Low-income New Yorkers at risk of eviction and foreclosure face an enormous justice gap. There is a drastic imbalance in the level of legal representation between landlords and tenants in eviction proceedings, as well as between banks and homeowners in foreclosure actions. These challenges are compounded for low-income elderly, disabled and non-English speaking clients. While the recent increased funding has been highly impactful, funding can be decreased or eliminated. Establishing access to legal counsel as a right for low-income New Yorkers facing eviction and foreclosure would level the playing field and ensure a fairer resolution of such disputes.

As a recent report from the NYC Office of Civil Justice demonstrated, even with the significant additional funding the City has committed to civil legal services, which has significantly increased the number of tenants represented, it remains the case that almost 75% of  most tenants facing eviction and 40% of homeowners facing foreclosure are still unrepresented. The only way to guarantee full representation for all vulnerable tenants and homeowners is to create a right to counsel.

Every day, NYLAG attorneys meet tenants who have unwittingly waived crucial rights and defenses in their eviction proceedings because they were unrepresented and unware of their legal options and remedies. New York City housing law is a vast and complex subject and even the most sophisticated tenants simply don't know all of their rights. Landlords, on the other hand, are almost always represented by an attorney. This power imbalance results in tragic outcomes every day, including: tenants who sign agreements to move out of an apartment they have a legal right to remain in; who agree to pay large sums for back rent or fees they don't legally owe; who are intentionally misled to believe that their landlord's attorney was actually their attorney or a neutral court attorney and as a result enter into an unfair agreement that is not in their best interest; who don't know how to undo a default judgment that was entered against them because their landlord failed to serve them with court documents; and who agreed to move out of their life-long homes after the death of a spouse or parent because they did not understand their succession rights.

Among homeowners, we regularly meet clients who have been victims of mortgage scams, have already been foreclosed upon, or are on the verge of losing their homes to foreclosure. Often they were unaware that an action had been commenced against them until it was too late, cannot determine who owns their mortgage and therefore whether the person who sued them has standing to do so, and cannot determine whether the amount that is claimed is what they actually owe. Homeowners are often unaware of what modification and other workout options are available to them.

One of the most effective ways for the City to address homelessness and maintain affordable housing is to provide all low-income tenants and homeowners facing eviction with access to legal services. It is far easier and more cost-effective to preserve housing than it is to find housing for an individual or a family that has become homeless. Attorneys are able to protect tenants' rights, keep tenants in stabilized apartments, assist tenants with obtaining appropriate subsidies, preserve subsidies, ensure housing is safe and habitable and arm tenants with knowledge regarding their rights. When a tenant has an attorney, a landlord is much less likely to pursue a frivolous claim or a course of harassment. Individuals facing the threat of homelessness who are given access to an attorney are less likely to become homeless than those who do not have access to one.

New York City cannot resolve its housing crisis without providing individuals and families at risk of homelessness access to legal counsel as a matter of right.