In this past fall's Web 2.0 Summit conference, Mark Pincus, CEO of social gaming startup Zynga, declared Web 3.0 the "app economy" - a web in which people use apps to consume and share things, the way we do using Facebook and the iPhone. Sure, it was an easy argument to make by someone working in an industry that lends itself to profiting off of standing on the shoulders of a giant (in this case, Facebook). But it's also an insight that may hint at the solution to one of the bigger obstacles so-called "old" media - the newspaper industry in particular - is up against: If news media outlets want to thrive in this new environment, they need to start thinking of themselves as apps.

When I think of our app economy, per se, I don't limit it to services like Facebook, Twitter www.twitter.com, the iPhone or even Foursquare - a few of the larger formidable platforms upon which apps are being built. I think of the state of being an app - the condition of not only allowing, but thriving off of, having your content live elsewhere - and, on the flip side, that of being the platform, or the 'giant', if you will, that fuels that growth through attracting an audience. The growth and profitability of social games, for instance, is built upon having such games exist where the users already are (e.g., Facebook), rather than trying to draw in a crowd to a new destination. But more than a mere means of finding games to play with someone, the app environment represents a revised means of consuming content. In a way, it's a Darwinistic solution to a problem that's bred out of too much noise. With the platform/app structure, consumers visit one place to get content from numerous sources. 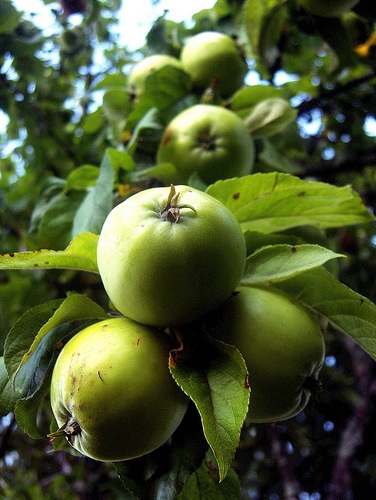 In Media, If You're Not a Platform, You're an App

But while some content-based industries - especially casual gaming - have been able to thrive in this new environment via organic business models (e.g., in-game payments and social goods), others - namely news organizations - haven't yet. This may be partially due to the fact that newspapers don't really see themselves as apps yet. But for a media company to survive in this type of web economy, it's becoming increasingly clear that it needs to play the role of an app or a platform. And if you're a content provider, you typically fall in the second bucket, as platforms offer the stage to spread your product or word.

This dynamic arguably explains why, for instance, it makes sense for MySpace to implement Facebook Connect on its site, as it announced it would when it re-shifted its focus from being a social networking tool to a music content hub. Recognizing that it's not a strong platform, MySpace repositioned itself as a content source. And to help spread that content, it's now resting on the shoulders of platforms like Facebook for traction. Given this context, is it any surprise Facebook Connect treats all external sites that implement it as Facebook 'apps'?

The Challenge of Morphing From Platform to App

Problem is, if you're a news organization like The New York Times, your site is, essentially, your own platform, and the financial models that would allow you to take advantage of having your content exist anywhere else have not yet evolved. And arguably, the technology to do so properly doesn't yet exist in a way to cater this industry.

Typically, an online news publication has ads surrounding its content on its own site. So the more traffic the site gets, the higher its ad revenue. But if you were to take the body or, say, a chunk or even headline of an article and publish it elsewhere - thereby offering the reader little compelling incentive to visit the site it was created on - the site that originated and/or paid for the creation of that content loses that traffic and therefore associated revenue.

It's a dynamic that helps explain the heat Google has recently gotten from news orgs -- crystallized best by the "Whither Journalism" panel at the same conference referenced above, when New York Times' SVP of Digital, Martin Nisenholtz, accused Google's Marissa Mayer of "spreading promiscuity." If a reader gets all they want out of a headline or snippet they see elsewhere, suddenly news organizations fear that the hands that feed them - and bring readers in - are the ones that can eat them whole. Facebook and Twitter rely on the same dynamic that Google's been targeted for in this regard - allowing news content to spread through their channels -- and will probably be the next blame targets if the newspaper industry doesn't shift its strategy in time.

Rather than trying to control its profits by curtailing the spread of its content, the news industry should be redefining a means to fuel that profit off of such a spread.

Profiting off of content promiscuity, to use Nisenholz's term, isn't a new concept. For instance, recently acquired Mochi Media, a casual game advertising network and payments platform, was originally started to provide tools for developers that allow them to package ads inside their games. The company thus set out to not merely relieve developers' fears of having their games copied on third-party sites without reaping related profits -- but to encourage the viral spread of their games by issuing them a means to profit off of it. More than the 'if you can't beat 'em, join 'em" philosophy, this shift represents an understanding of how consumer expectations are changing and a commitment to developing the tools and business models to not only deal with that change, but to grow within it.

In terms of finding a solution, thus far news orgs have fallen back on ideas like the pay wall a means to get users to pay to view content. While this model does relate revenue directly to content (vs. site ads, per se), this is likely a sort of band-aid - because it fundamentally relies on withholding content vs. freeing it to reach consumers wherever they are.

Revised revenue streams, the creation of which is by no means a small feat, will likely encourage content to be spread; perhaps the paywall will evolve to do this, but there will probably be more revenue products and models to accompany it.

In the meantime, what we're likely to see more of are relationships budding between web and mobile platforms and content providers. For instance, Metro, Canada's largest free daily paper, just announced a partnership with Foursquare to add their location-specific editorial content to the geo-aware service. While there isn't a yet clear revenue model associated with this relationship, there will likely be once there are solutions in place to allow us to attach revenue to the actual piece of news content within such external environments - the way we have with online games and even video (e.g., Hulu).

This week's highly anticipated release of the Apple tablet is compelling in this regard because it hints at offering the news industry a fitting platform, a large external environment they can leverage to reach readers where they are. The industry will likely embrace it and apply itself to developing the technology and business models to profit off of it (reports suggest that The New York Times is developing a version of its paper for the tablet, for instance). Because consumers will use what they can to make their lives easier. And if that means getting all of your content in one place, then the news outlets have to find a way to get to you, not the other way around.

Judging by the way other industries, like casual gaming, have handled this new type of economy, the solution may very well be to shift focus from preventing the spread of content to developing the tools and accompanying business models that will allow news content creators to profit off of its wide distribution via external platforms. Because if you're not ok with your content living elsewhere, you're no longer ok.

[Disclaimer: I'm a former employee of Mochi Media, one of the companies referenced in this post.]