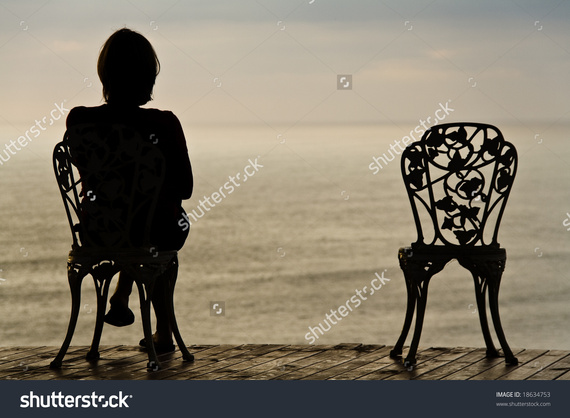 When I first began to write this blog, I Googled the topic of loneliness. To my surprise, I found nearly 400 titles on the subject. Apparently, most literary classics deal with this theme in one form or another.

The American writer and film maker Orson Welles once said, "We're born alone, we live alone, we die alone. Only through our love and friendship can we create the illusion for the moment that we're not alone." But aloneness, a physical state, is distinct from the psychological state of loneliness.

Many of us experience loneliness during periods of transition, like a relocation, separation, or divorce. For example, in the movie Brooklyn, currently in the theatres and based on the novel by the renowned writer Irish writer Colm Toibin, a young Irish emigre experiences homesickness, a form of loneliness, until she falls in love.

Persistent loneliness relates to a person's past relationships and present expectations. For example, Ms. R. was raised by immigrant parents who relied on their children for companionship. As a result, she may have felt burdened by intimacy. She didn't find a man with whom she wanted to settle down and raise a family, However, she was content with holiday get-togethers with her nieces and nephews and didn't suffer regrets or feelings of loneliness.

By contrast, Mr. K. was brought up in a family of three children. As the middle child, he perceived his older and younger siblings as his parents' favorites. As a result, he felt lonely at an early age. He assumed he'd find a mate, but none of his relationships led to marriage and family, and he experienced deep feelings of loneliness and isolation.

We may be surprised by some uncommon relationships that obviate loneliness. In her 1973 book, Journal of a Solitude, the American writer May Sarton wrote,
"Yet I taste life fully only when I am alone here, and the house and I resume old conversation." The writer's house whom she names "Nelson," becomes her significant other, her bridegroom, an alternative to a real person.

The great British writer Virginia Woolf purposely exposed herself to loneliness in order to create. She loved the quiet of her lodge at Monk's House. She wrote in her diary: "Often down here I have entered into a sanctuary; a nunnery; had a religious retreat; of great agony once; and always some terror; so afraid one is of loneliness.... of seeing to the bottom of the vessel...."

Some people, however, don't relish the prospect of aloneness. The great American composer-conductor Leonard Bernstein (1918-1990) suffered in solitude, a necessary state of aloneness for the creative process to bloom. He asked himself again and again whether he should devote his energies to composing or to conducting.
In a 1939 letter he wrote to a college roommate:
"You may remember my chief weakness -- my love for people. I need them all the time -- every moment. It's something that perhaps you cannot understand: but I cannot spend one day alone without becoming utterly depressed."

To compose Bernstein had to endure a loneliness that he found nearly unbearable.
"Loneliness expresses the pain of being alone and solitude expresses the glory of being alone," Paul Tillich (1886-1965), the German American theologian-writer, sums up the difference in a few wise words.

Conclusion: Loneliness is a ubiquitous human emotion that most of us experience during brief periods of transition. However, when unresolved, it can interfere with our lives.