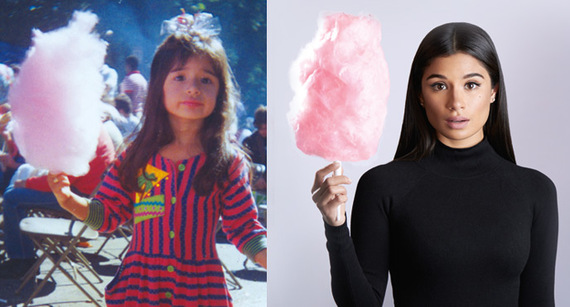 
There are chapters in every life which are seldom read and certainly not aloud.
—Carol Shields, Pulitzer Prize&ndashl;winning novelist


One moment—that's all it takes for your entire world to split apart. For me, that moment came when I was fourteen. I returned home from school to discover that my hardworking immigrant parents had been taken away. In one irreversible instant—in the space of a single breath—life as I'd known it was forever altered. That's the part of my story I've shared. This book is the rest of it.

Deported. Long before I fully understood what that word meant, I'd learned to dread it. With every ring of my family's doorbell, with every police car passing on the street, a horrifying possibility hung in the air: My parents might one day be sent back to Colombia. That fear permeated every part of my childhood. Day after day, year after year, my mom and dad tried desperately to become American citizens and keep our family together. They pleaded. They planned. They prayed. They turned to others for help. And in the end, none of their efforts were enough to keep them here in the country we love.

My story is heartbreakingly common. There are more than eleven million undocumented immigrants in America, and every day an average of seventeen children are placed in state care after their parents are detained and deported, according to US Immigration and Customs Enforcement (ICE). Those numbers don't take into account the scores of others who, like me, simply fell through the bureaucratic cracks. After my parents were snatched away, no government official checked up on me. No one seemed to care or even notice that I was on my own.

It's not easy for me to be so open about what happened in my family, especially after spending so many years hiding in the shadows. I've really struggled with putting my business out there. So why am I choosing to reveal so much now? Because on that afternoon when I came home to an empty house, I felt like the only child who'd ever dealt with something so overwhelming. And in the agonizing years that followed, it would've meant everything for me to know that someone, somewhere had survived what I was going through. For the thousands of nameless children who feel as forgotten as I did--this memoir is my gift to you. It's as much for your healing as it is for my own.

Just as one moment can bring despair, it can also lead to a powerful new beginning. A different life. A dream for moving onward and upward rather than backward. What you'll read in these pages is ultimately about that hope—the same desire that once led my family to this nation. That hope is the only thing that has sustained me through this frightening ordeal.

These days, we're surrounded by a lot of talk about immigration reform. Border security. A path to citizenship for the millions of undocumented workers who live among us. Behind every one of the headlines, there is a family. A mother and father. An innocent child. A real-life story that's both deeply painful and rarely told. At last, I've found the courage to tell you mine.


Copyright © 2016 by Diane Guerrero. Excerpted from In the Country We Love. 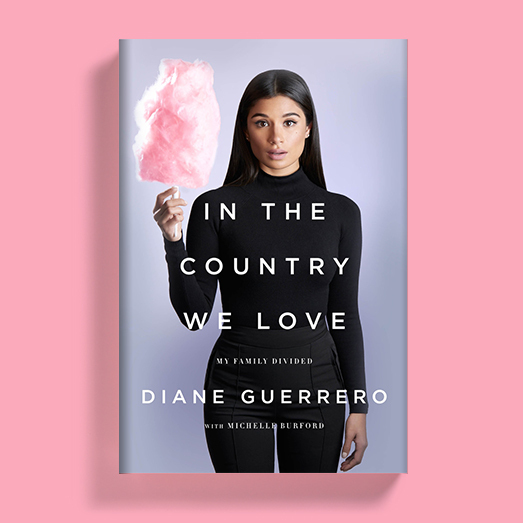 Diane Guerrero is an actress on the hit shows Orange is the New Black and Jane the Virgin. She volunteers with the nonprofit Immigrant Legal Resource Center, as well as with Mi Familia Vota, an organization that promotes civic involvement. She has been named an Ambassador for Citizenship and Naturalization by the White House. She lives in New York City.

Michelle Burford is a founding editor of O, The Oprah Magazine and writer of many best-selling books including memoirs by Olympic gymnast Gabby Douglas, singer Toni Braxton, and Cleveland kidnap survivor Michelle Knight.