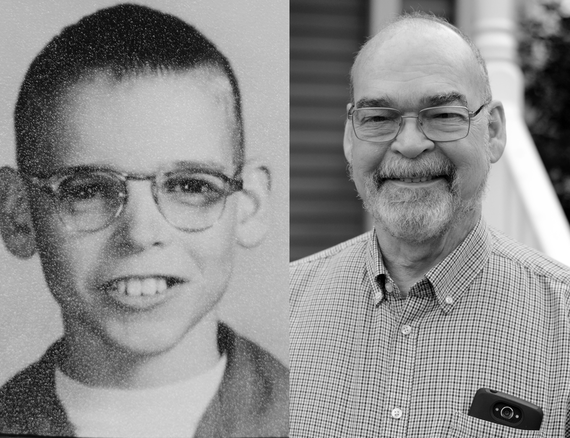 Mr. Bank's son made a decision that could have potentially torn his family apart, but the understanding nature of his parents ensured that would never happen.

Our oldest son converted to Judaism because he fell in love with it. We stood in the temple in support of him when he did his conversion. The rabbi asked me later out of curiosity why we were so supportive of his conversion because in his experience Christians converting to Judaism almost always break all ties with their families. I said to the rabbi, 'how would he live different to be a good Jew than he would to be a good Christian?' The rabbi laughed and said 'well it is about ninety percent the same. All major religions are about ninety percent the same in regards to how you act and treat other people, so the other ten percent is usually what man has done out of selfishness.'

The biggest difference that I have noticed is that my son no longer eats ham.

So imagine if all people valued being a good person over what God they pray to? How many families would still be whole? How much more could be done to positively influence the world if being a person of high character came first, and what religion you believed in was an afterthought?

It is not about always having been a person who values integrity; it is about being able to adapt to new thoughts and ideas as they are introduced to you. To admit that your old ways of thinking might be close minded or outdated is not easy for anyone, but imagine the impact that could be made in the collective conscious of our world if we all shifted towards a more open-minded and empathetic mentality.