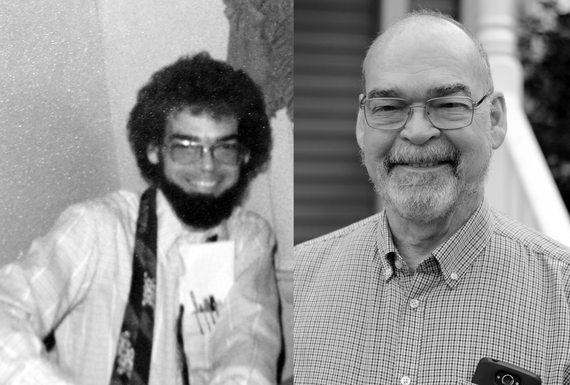 Through her example, Mr. Bank's mother teaches her son lessons in work ethic and selflessness that he has carried with him his entire life.

My mom was a school teacher, and she taught back when you only needed two years of college to be a teacher. She graduated from high school when she was sixteen, so by the time mother turned eighteen, she was back teaching at the one room school house that she had attended. She had kids in class as old as she was.

It is my mother's work ethic that I hope I inherited.

There was a snow day one time, and it was a major snowstorm. My mom had to walk two miles to get to the school, but she walked it because she was afraid that a student might not know school had been cancelled. Not everyone had radios or telephones back then, so she knew there was a chance that a kid might try to go to school.

It was lucky that she did end up going because, by golly, one little third grader had made it to the school. So after they got warmed up, she walked the third grader home and then walked back herself. That is the type of work ethic that I hope that I inherited, knowing what the right thing to do is, and getting it done because you don't want to let anybody down.

Going above and beyond what you are expected to do because you know you can is a beautiful thing to see. Even more so when the lives of others are potentially on the line.

Mr. Bank's mother risked her safety and well being just to make sure no one else was in danger. Acts like these go beyond the definition of work ethic and into the realm of selflessness.

It is so easy to get caught up in trying to find ways to attain more personal power, wealth, and recognition. How much better would our world be if we were able to look past ourselves more often, and give all we can to others?

History Arts How We Live: Wellness Education News Self Help