A weekly blog intended to share and preserve the most valued life lessons from the minds of the most experienced among us. The "hour late" represents the later stages of life. I will be speaking with people in their 70s and older, to find out what they think is important and worth passing on to future generations. 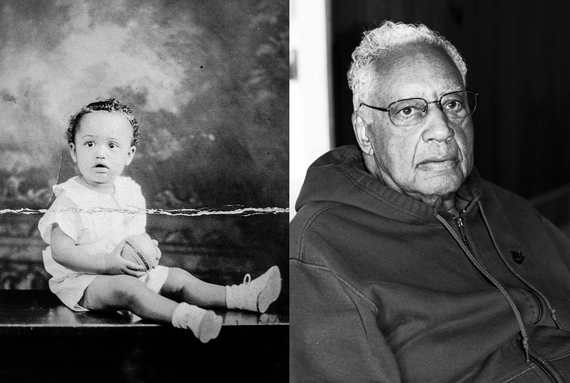 I asked Joe what he thought was one of the most important lessons he had ever learned; he told me this story.

Even as a young boy, I rejected Christianity. Which is ironic, because it was a priest that set me free. He told me that we all have free will. I had never heard that term before, and I asked him what that meant. He told me that we could do anything that we choose, as long as we take responsibility for what we do.

I went to college in Pennsylvania, and one weekend I decided to go to New York City. I went to the city because I had free will now. So I got back from my trip, and there was a note on my bed that said to go see the Dean. When I got to the office he called my parents and we sat there and talked about my free will.

My father asked me on the phone how much my free will had cost, and I told him how much the train ticket was, and how much I had spent. Then my father said 'let me tell you something about free will, that was my money and I didn't say you could spend my money that way. That money was to take care of your school expenses.'

I sat there and thought about that before asking him what I should do now that I had spent his money. He said the school was going to give me a job. I was to buff the cafeteria floors every morning at 5 am. So I had to buff for my breakfast everyday for two months. I really learned what free will was, and I currently practice free will, but I can afford it now.

We can choose to follow any path in life. What it really comes down to is deciding that the price we pay is worth the decisions made.

The hardest thing for me to comprehend about free will isn't the choices we make, but the unknown consequences of our actions. We can assume to know what will arise as a result of our decisions, but we honestly have no idea what will happen.

The alternative then is to do nothing. However, to do nothing is a decision made based on what we call free will, and has its own set of side effects. You can only do nothing for so long before you have to do something.

Even the option to choose death to escape free will does not come without issue. While you may not have to deal with the aftermath of your choice directly, the ones you leave behind forever bear the burden you sought to escape.

So the only viable option seems to be acceptance. Recognizing that we cannot run from having to make decisions, or dealing with what happens as a result. We can however decide to react to whatever may come in a manner that allows us to have better judgment when making choices in the future.