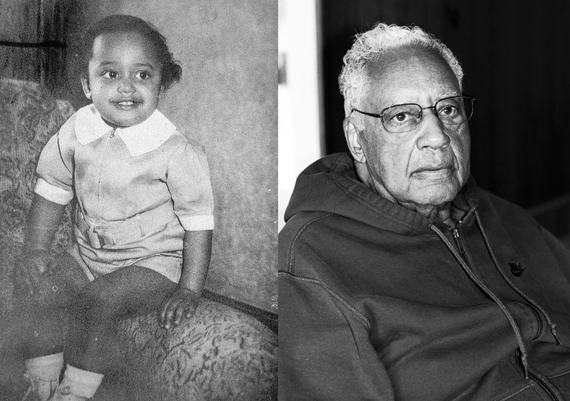 Joe's final message features two world-famous inventors, and a decision discussed at Joes father's table that could have changed history as we know it.

George Washington Carver and my father were good friends, and he even taught my father how to play the saxophone when he was in high school.

One time he came up to Michigan and had Sunday dinner with our family. The reason he was in Michigan was because Henry Ford had sent for him, and he wanted George Washington Carver to do for the soybean what he had done for the peanut.

And I remember George Washington Carver sitting at the table that Sunday, telling my father that he was going to tell Henry Ford that he wasn't coming, and he did just that. This was after Henry Fords Chauffeur had already driven Mr. Carver to our house. Mr. Ford also got George Washington Carver a room at the Dearborn Inn, a place where no black person had ever stayed before.

Henry Ford had a private laboratory set up for him in Greenfield Village where he could do all his research and would have everything he could ever need. And Mr. Carver still said no, because he understood the hate white people had for black people; He knew he was going to be exploited.

How many of us could turn down an incredible opportunity, offered by one of the wealthiest and most influential men in American history?

Had he accepted the offer, George Washington Carver would have had made more money, gained a powerful ally, and his name could have potentially been even more well known in the annals of history. Instead, he selflessly declined the offers allurement, and that decision made an everlasting mark on the mind of a young Joe Webster.

The next time you are tempted to overlook your character for self-advancement, remember the conviction of George Washington Carver.