A weekly blog intended to share and preserve the most valued life lessons from the minds of the most experienced among us. The "hour late" represents the later stages of life. I will be speaking with people in their seventies and older, to find out what they think is important and worth passing on to future generations. 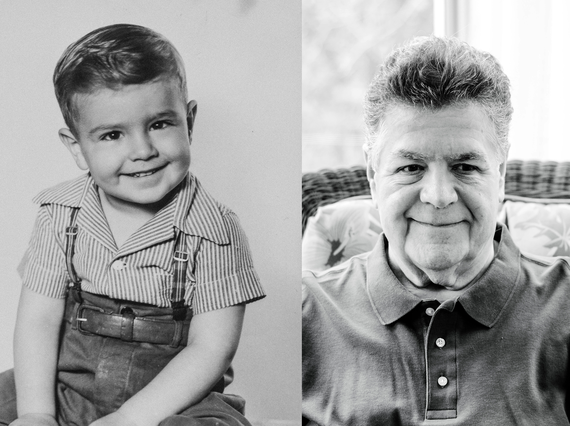 Pat regards himself as someone blessed with many gifts and opportunities to be successful. Pat attributes his success to good luck and chances given that not everyone is fortunate enough to have. I asked Pat what lessons have served him best throughout his life; this is what he said,

My mom and dad would always tell stories about when they were growing up and try to share some words of wisdom with me. As a kid I wasn't really interested in listening, and I wish I had paid more attention. My mom had a lot of common sense and I really admired her as a young adult after I got through my teen years, and continued to admire her more and more as I got older.

One of the important values that she passed on to me, and something I really cherish today is, recognizing that everyone deserves to be regarded as a person of value based on who they are much more than on what they do. I say that because of how she was treated for the kind of work she did. Throughout my childhood years she was a waitress. She worked in different restaurants and she would sometimes come home and I'd hear her talking about how she was treated poorly by a customer who was demanding, or rude, or they treated her like just a waitress and that made me feel really bad because I knew she was a good person.

Her last work before she retired was as a part of the domestic staff for one of the Ford families in Grosse Point. She told interesting stories about how they treated her, Mr. Ford treated her exceedingly well and seemed to be very fond of her and appreciative of the work that she did. Mrs. Ford was less so and treated her as if she was simply hired help, but Mr. Ford always treated her well and I really valued that. To this day it's important to me that when I interact with people, that I value them for who they are and not what they do.

Pat is a remarkable man. Not because of what he has done and overcome, but because of how he makes you feel. He is the least judgmental person I have ever met, and I always walk away from our conversations feeling better than I had going in. It wouldn't matter if you were the president or a migrant worker, he would show you the same amount of respect.

It's a message more relevant today than ever, with the majority of people idolizing individuals with status or those who entertain us best, while often overlooking those who are doing their best to find their way in the world. We would sacrifice a limb for five minutes with our favorite entertainer, but won't even take five seconds out of our day to recognize someone who makes our lives better.

Pat is the former Director of the Michigan Commission for the Blind, Former Director of the Michigan Commission on Disability Concerns, and Former President of the National Council of State Agencies for the Blind. President Bill Clinton appointed him to the U.S. Access Board in 1997 and he served as the Board's Chair in 1997 and 1998, he returned to the Access Board again when President Barack Obama appointed him to be a board member in 2014. He was named Disability Policy Advisor to Michigan Governor Jennifer Granholm in 2003 and also her ADA coordinator in 2004. Pat also threw the first pitch at the Tigers' home opener on April 4, 2005. He was the first blind person to do so.