In The Hour Late 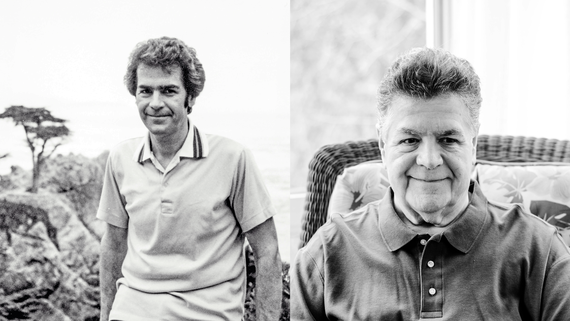 In the final message that Pat leaves for us, he talks about the importance of letting people know that you love them.

I stopped at my sister and brother in laws house after church and I was visiting with her husband Bob. My first wife and my sister were in another room talking when Bob told me about how he loved our conversations so much. Bob kept talking about how we needed to do more of it, and that sometime very soon he wanted to come by the radio station after work, and pick me up for a long drive where we could just talk and talk and talk. That was the last conversation I ever had with him because a couple of weeks later he took his life.

That was a big loss because he was like a big brother to me. One of the things that depressed me the most was that as much as I loved Bob, I realized that I never said to Bob that I loved him. It was probably a guy thing. Back in 1969 it wasn't typical for guys to say I love you to another guy. But I wish I would have said that I loved him.

We don't always show the people we love how much their love is really appreciated, and we often take for granted the bonds that make life worth living.

I have never been to a funeral where tears and words of admiration weren't coming from the people in attendance. Mourners will pour out of the woodwork to pay their final respects. They will tell stories about how the deceased impacted their life in a way that they couldn't have imagined living without. You'll hear a hundred stories about how kind, caring, and helpful the now passed individual was. People will be consoling each other in ways that give you hope for an empathetic world.

If only we could express that type of raw emotion to everyone that we truly care about while they are alive.

As human beings, it is difficult for us to grasp the concept of time. It always feels like we will have tomorrow until it is too late. We put love off for future dates, fully confident that we can spend more hours together and be more loving later; blinding ourselves to the fact that life is unpredictable and mostly out of our control.

The goodbyes we will all have to say are inevitable; don't leave any kind words unsaid.

Pat is the former Director of the Michigan Commission for the Blind, Former Director of the Michigan Commission on Disability Concerns, and Former President of the National Council of State Agencies for the Blind. President Bill Clinton appointed him to the U.S. Access Board in 1997 and he served as the Board's Chair in 1997 and 1998, he returned to the Access Board again when President Barack Obama appointed him to be a board member in 2014. He was named Disability Policy Advisor to Michigan Governor Jennifer Granholm in 2003 and also her ADA coordinator in 2004. Pat also threw the first pitch at the Tigers' home opener on April 4, 2005. He was the first blind person to do so.