Driving on today's roadways jammed with automobiles, it is easy to understand the challenges of integrating automated vehicles into the flow of traffic. How do you mix driverless vehicles with the difficult-to-predict movements of vehicles driven by people? How do you convince people to give up the sense of freedom that comes from driving themselves?

Clean, electric, robot vehicles would be like R2D2's with seats.

If we could use today's roads without human drivers, clean, electric, robot vehicles could already successfully navigate our cities, like R2D2s with seats. We would step out of our homes into small robot vehicles or "pods" that would transport us to our destination. For short trips, the pods would take us directly to our destinations. For longer trips, we might be delivered to a larger automated bus or shuttle that would move us quickly to our ultimate destination where another pod would be waiting to take us to our office, meeting, favorite store or restaurant if it was not within walking distance. 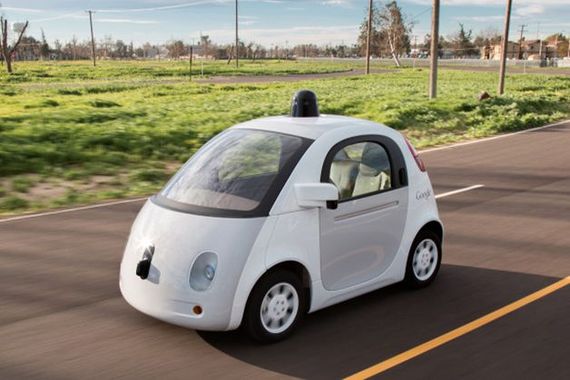 Imagine a robot vehicle like Google's automated car arriving at your door to take you to your destination. Photo credit: Google

The app used to call for a vehicle would also allow users to pre-order vehicles to take them to events. The algorithms managing the system would learn where to position vehicles when they were needed, predicting demand so the right-sized vehicles would be in the right position to move individuals from region-to-region. As a result, using mass-transit would be easier because the larger vehicles wouldn't be bound by artificial schedules as they are now, often with long waits between each scheduled transport. Instead, as people requested rides and destinations, the robot vehicles would be moved into position. 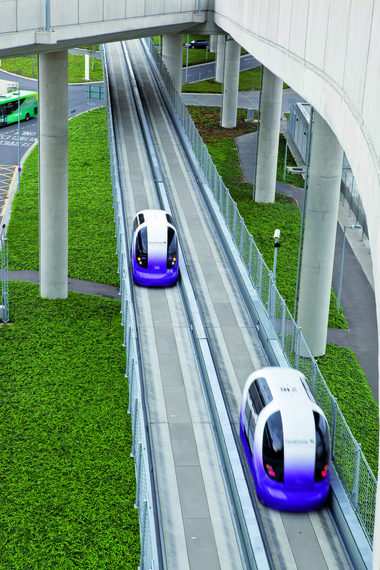 The problem has been that automated vehicles can't yet utilize public roads while unpredictable human drivers are using them.

In a National Public Radio (NPR) interview on February 24, 2016, Chris Urmson, the technical director of Google's self-driving car project, told the story of a woman in an electric wheelchair chasing a duck on the road with a broom. "Our cars have to be able to recognize that is a very unusual situation, let it (the car) kind of slow down, give it some space to play out because as a human watching you have no idea what's going to happen next. And the once the road clears, then carry on your way. And today, our cars are starting to be able to do this."

According to Google, 94 percent of automobile crashes are due to human error, and more than 33,000 people are killed each year in auto accidents, 1.2 million worldwide. Google believes driverless cars will be safer than those driven by humans. In a June 5, 2016, NBC News segment, Sebastian Thrun, who helped found the Google automated car program, said Google cars drive better than those driven by humans. He said Google's cars are functional today and will be available to buy in two-to-three years.

94 percent of automobile crashes are due to human error, and more than 33,000 people are killed each year in auto accidents, 1.2 million worldwide.

Automated vehicles are likely to be powered by electricity. They could dock throughout the City while waiting for a passenger, charging during the day when solar and wind power are cheap and abundant, and contributing clean energy to the grid in the evening. They could even help to balance the grid's power needs, minimizing the need for gas-powered peaker plants. 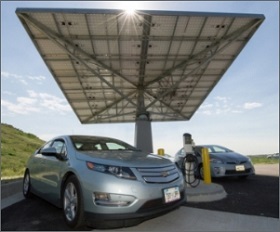 Paying for the road infrastructure could become more direct with robot vehicles. Discussions about fixing the country's aging roadways by replacing the per gallon gasoline tax with a tax on mileage have been frustrated by privacy concerns. The cost of being driven in an automated vehicle might include, invisible to the user, a fee-per-mile for infrastructure maintenance that would be part of the fee-per-mile for using that vehicle. The system wouldn't be tracking you, the vehicle would be tracking itself and reporting mileage, revenues, fees and the cost of recharging back into the system.

Not only have drivers been reluctant to pay a mileage fee, they have also not wanted to lose the freedom of mobility that driving provides. According to a story on National Public Radio on February 24, 2016, a Ford study surveyed people in India and China and asked if they could imagine themselves in automated vehicles, 84 percent of the Indian respondents and 78 percent of the Chinese respondents said "yes." In comparison, 40 percent of U.S. respondents and 30 percent from the U.K. said they could.

"We do have a theory about what explains the disparity between these markets, and I think it gets down to the joy of driving," says Sheryl Connelly, who tracks global trends for Ford. "In China and India you have some of the most egregious congestion. You have high road fatalities, you have immature infrastructure, and also I think there's not the established emotional attachment many Westerners have with their vehicles."

"I predict an automobile like a Mustang, a Ferrari, or a Lamborghini will become like a snowmobile, something you use on weekends to have fun." - Jay Leno

Automated car advocates say you could read or work while in route, watch a movie on your tablet, or use FaceTime or Skype to talk with friends or associates. In effect, the freedom of time would be given in return for giving up driving yourself.

Perhaps driving a car would become a recreational pursuit. If you wanted to own a car, it would be like owning a boat today. You would arrive at a garage that would be the equivalent of a marina for your favorite car or cars. From that garage, you would drive on a dedicated roadway to rural locations where automated vehicle fleets are less feasible, enjoying the road and the scenery as in the past.

On a June 5, 2016, segment of NBC's Dateline, even car aficionado and former Tonight Show host Jay Leno agreed with this assessment. "I predict an automobile like a Mustang, a Ferrari, or a Lamborghini will become like a snowmobile, something you use on weekends to have fun."

Leno says people are always afraid of something new, and that if you show people a car without a steering wheel today, people won't want it, but if you show them a vehicle that can avoid hitting a kid on a bicycle, they would say "I want that."

If we could use today's roadways or some portion of them exclusively for automated vehicles, they could be implemented far more quickly. As with other technologies, no matter what percentage of people can imagine themselves in automated cars, It's likely the early adopters will show us that these robot vehicles are there to serve us, making our lives easier and safer. The rest of us will come on board over time.