Over the past five years, I've accrued a lot of advice -- some of it invaluable and some not so much -- as well as lessons learned the hard way. I've also collected quite a few notes and reminders along the way. These are not irrefutable truths; they're simply my observations from my own journey. If nothing else, I hope they'll help you define your own. 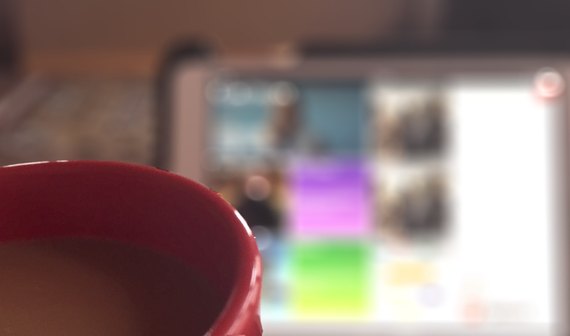 1. If you know it is foolish to learn to drive a car from someone who has never been behind the wheel, use the same yard stick to decide who gives you advice about your startup.

2. There is nothing wrong with learning that you don't like working for a startup, building a startup, or being an entrepreneur; choosing not to leave a well-paying job to chase a dream is a completely valid decision.

3. Don't expect anyone else to understand your decision to walk away from security if you choose to launch your own company, but if your spouse doesn't, think twice about your decision; marriage is tough going no matter what, but it needs both of you pulling in the same direction if you're going to weather the stress of building a company from nothing.

4. Don't believe your feelings when you hit the lowest lows or when you arrive at the highest highs; it is the balance of those days that are a better measure of whether you're coping with the roller coaster ride of entrepreneurship.

5. Don't confuse someone giving you investment with success; investors tell you if they believe you might have it right, but the customer is the only one who can tell you if you're actually doing it right.

6. Don't take investment until you absolutely need it or until not taking it will mean not growing fast to meet market demand; there is nothing wrong with bootstrapping.

7. When taking on family or private investment, founders can still retain control of the growth, pivots or exit of their company, but once institutional capital is invested, a countdown begins and is determined by the investors' timeline. Be sure your team understands that timeline and the outcomes before accepting venture capital.

8. Some money is far too expensive to accept -- whether it is from family, angels or venture capitalists; not all investors bring the same value, and some investments come with so much baggage or future problems that it isn't worth the runway it buys.

9. If you take on investment that turns out to be more problems than it was worth, don't expend energy on regret; focus on using the funds wisely to get out to a better position so you don't ever have to make that kind of deal again.

10. If you find yourself facing a quandary, use your investors as a resource. If you have quality investors, they'll be invaluable in helping you solve your problem, and if they're not, better to know that as well.

11. Don't gossip. Just don't. You'll burn bridges with those you throw under the bus and anyone else who decides you are not high enough quality of character to deserve their interest, support or time.

12. Never, ever hire out of gratitude. EVER. Neither of you will end up grateful or even happy if you hire anyone who doesn't fill a real need in your company.

13. It is not your job to give someone 50 chances to step up and do the right thing, and your investors are trusting that you won't waste their money on someone who has proven to be a problem.

14. Don't fire an employee when you're angry; it could end up being a rash decision that hurts your company's ability to meet milestones.

15. If you have any inkling that someone is stealing, doing drugs or sharing company secrets, consult a lawyer before a confrontation; you'll be able to position your company to come out with the least amount of damage.

16. You will never be sorry for telling someone you appreciate their effort or sacrifice, and while praise will not pay their rent, it banks a lot of good will against difficult times in a startup.

17. If you're generous with telling your team what they did right, they will hear you better when you have to point out what they did wrong.

18. If your startup is a side project to your regular job, don't lull yourself into complacency by thinking you have all the time in the world to work on it at your own pace. Someone else is out there building something very similar, and they're going for it with all of their time and money -- if you don't feel the heat, it's because you're too far away from the fire.

19. If you are going to be brave and visionary enough to call others on their baloney, be sure beforehand that you're tough enough to weather the consequences.

20. Don't be afraid to ask for help from those ahead of you or too selfish to help those following behind.

21. Not everyone who is highly visible lives in a walled garden, and you won't know if someone is willing to help if you don't ask.

22. Don't squander any opportunity someone else makes possible for you; they will definitely remember if you blow it off, and it will be the last time they want to help you.

23. It may seem rude, but it is kindness to not waste even an hour of someone else's time when you know you have nothing to offer.

24. If you want to connect one of your contacts with someone else you know, ask before you share their information; it could put all of you in an awkward position if that person isn't willing to help, and it will definitely leave you with less access to that contact than before.

25. Helping others can sometimes be a feel-good distractor that prevents you from working on your own problems and solving your own challenges; be careful about being too generous with your time.

26. The secret to social media isn't to have the most followers and chasing that goal is probably the most ineffective use of your time with the exception, possibly, of watching cat videos on YouTube.

27. Be authentic, engaging, and interesting if you want to make useful connections on social media.

28. If you can't figure out how to effectively use social media, emulate Marc Andreessen; he is probably the classiest, savviest user on Twitter today, using his network to challenge the thinking of others as well as his own and engaging with those he knows well or not at all.

29. Using your network well can extend your reach far, far beyond your current circle, but it won't happen if you're sending canned messages out into the ether and focusing on your image instead of your interactions.

30. 'I don't know' is a valid response, so don't pretend to know what you don't; when your gaps are discovered, you'll look like a liar and a fraud instead of an insecure entrepreneur feeling inadequately prepared for the question at hand.

31. Build a team that fills in the gaps of each other and of your areas of weakness.

32. If you're bad at numbers, then make sure someone on your team is good at numbers, and that it is someone you can trust implicitly.

34. No one expects you to be the smartest person in the room, just that you be the one with the clearest vision and ability to lead those around you.

35. Don't call yourself a successful entrepreneur until you have the numbers or exits to prove it; better to be considered humble than not be taken seriously.

36. Just because it's written in a blog doesn't make it so -- including this. Think for yourself, question what you read and don't let someone else's facts become your own without a lot of due diligence.

Lisa Abeyta is the Founder and CEO of APPCityLife, Inc. and the Cofounder of HauteHopes.Org