On March 11, 2011, at 2:46 p.m., two tectonic plates at the bottom of the Japanese Trench slipped. The bump was like nothing the area had felt before. The Tohoku earthquake, measuring in at a magnitude of 9.0, lasted a full six minutes, moving parts of the region up to 26 feet in the process. It was the fourth largest earthquake on record (since 1900), and the largest in Japanese history. 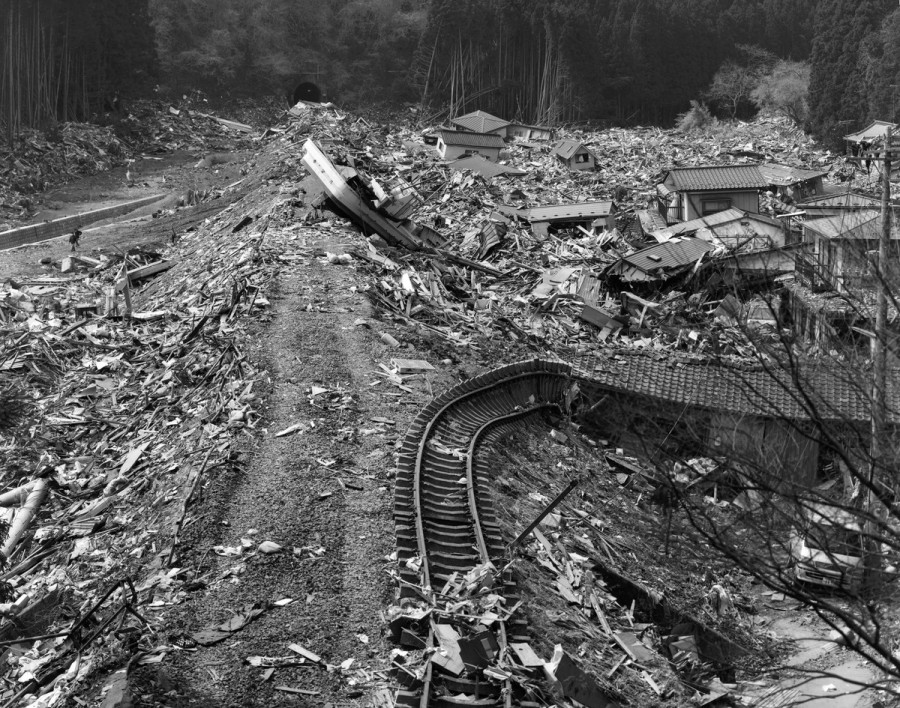 This was the first of three events that would later be known as Japan's "Triple Disaster." Within an hour, the Tohoku earthquake propelled a series of massive tsunami waves which took down entire villages with their devastation. Monstrous 30-foot waves flooded the Fukushima Daiichi nuclear power plant north of Tokyo, swiftly cutting off its power. Half of the plant's reactors overheated, and nuclear fuel erupted into explosions with frightening potential for radioactive fallout. Tens of thousands evacuated their homes. Thousands of tons of water were used to combat the explosions. In December of 2011, the Tokyo Electric Power Company revealed that at least 45 metric tons of radioactive water had leaked from the nuclear facility, and may have reached the Pacific Ocean.

The tripartite nightmare, also known as 3/11, was nothing short of devastating. As of February 2015, the confirmed death toll is 15,890. Economic losses have been estimated between $250 billion and $500 billion. Yet the total effects of such a horrific disaster can hardly be quantified. A photography exhibition entitled "In the Wake: Japanese Photographers Respond to 3/11" explores this chasm in our understanding. 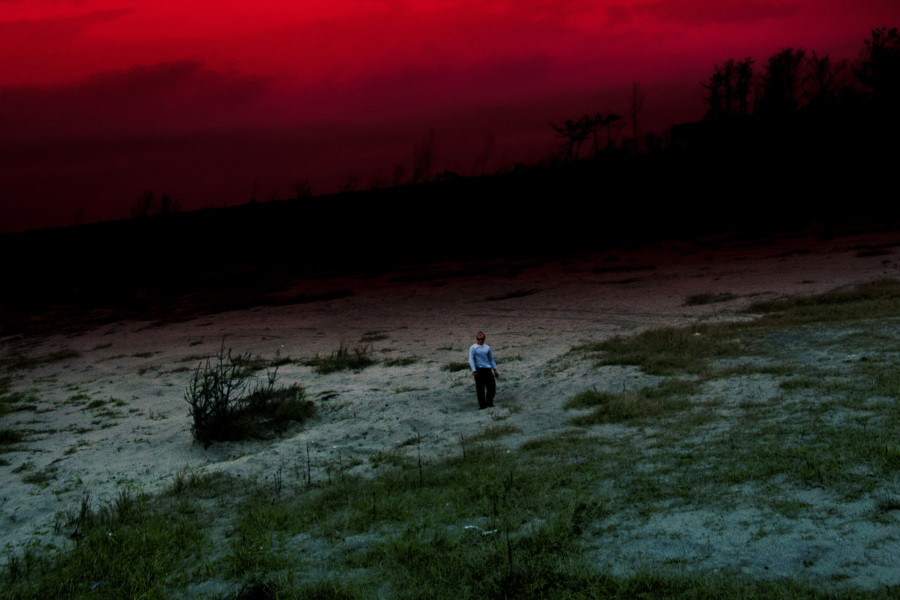 The group exhibition features approximately 100 works from 17 photographers, ranging from Japan's iconic names to their promising newcomers, from 28 to 82 years old. Although there's little that can be done to understand why such devastating events took place, the artists on view attempt to archive and contemplate what happened on March 11, 2011, and what was never the same again.

"The response of Japanese photographers to the events of 3/11 was immediate. From the beginning, they created remarkably strong bodies of work. Our exhibition will present the variety of their perspectives" said Anne E. Havinga, who co-curated the exhibition. "One of the most fascinating aspects of this exhibition is the conversations between works that the installation inspires."

Taking place at the Museum of Fine Arts, Boston, the show is divided into two sections -- one for the earthquake and tsunami, the other for the Fukushima disaster. Stretching the limits of the photographic medium, the artists yield images full of anguish, pain, desolation and, occasionally, beauty. 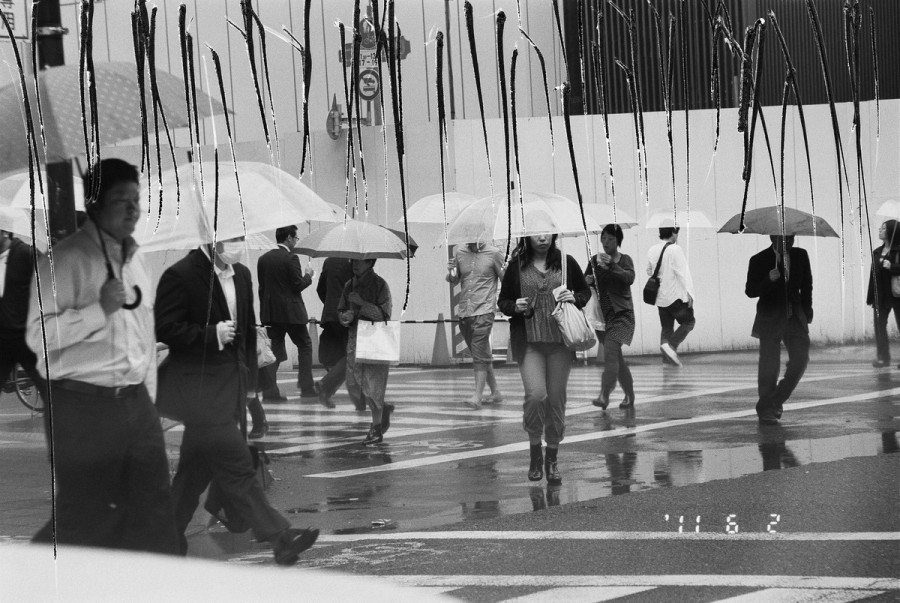 Nobuyoshi Araki, one of Japan's most notorious artists, is one of the photographers on view. To make visible his agonized feelings, Araki scratched into 238 photographic negatives using scissors. The resulting black-and-white photographs are marked with deep cuts, reminiscent of gaping wounds or nails clawing for help. Shimpei Takeda makes use of the unusual photographic technique known as "autoradiography" to expose spaces affected by radiation. Takeda collected irradiated soil samples from sites close to the Fukushima Prefecture. His resulting images, visually abstract while communicating truly frightening facts, reveal the contamination of the soil in all its strangely hypnotic beauty, almost resembling the stars in the sky.

Along with the artworks on view, the show also features alternate modes of photography in a time of disaster. News footage from the time of the events will be exhibited alongside a lost-and-found photo installation with found personal snapshots washed up in the rubble. 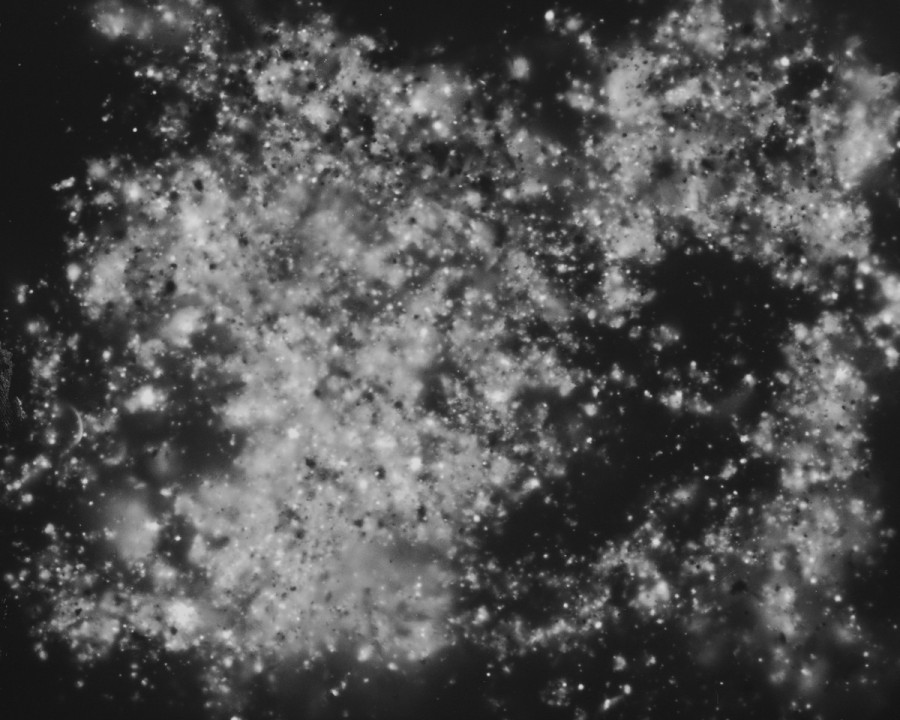 The artists of "In the Wake" demonstrate the power of art in the most catastrophic of times. They pause, they remember, they question, they wonder, they exalt, each in his or her own way. "Rather than chronicling the onslaught of the waves, the artists in the exhibition examine the impact of the tsunami through the physical or spiritual traces of the communities that have been destroyed," a statement from the MFA Boston explains. "Instead of documenting the explosions of the reactors at Fukushima, they seek metaphors for the invisible nuclear particles that contaminate the surrounding countryside and for the anxiety that continues to reverberate throughout Japanese society. It is certain that these artists will continue to return to the subject whether explicitly or implicitly, and that other generations of artists will follow."

"In the Wake: Japanese Photographers Respond to 3/11" runs from April 5 until July 12, 2015 at the Museum of Fine Arts, Boston. In the meantime, check out a preview of the exhibition below.