This morning, Ricky Jackson walked out of the Cuyahoga County courtroom in downtown Cleveland a free man after 39 years in prison--several of those on death row--for a murder he didn't commit. The last time he tasted freedom was in 1975 when a postage stamp cost 10 cents, Gerald Ford was president, Pete Rose was the World Series MVP, Billie Jean King won Wimbledon, and Saturday Night Live had just premiered.

Ricky and his co-defendants Wiley and Ronnie Bridgeman--who had their convictions overturned today as well--all were sentenced to, as Ricky Jackson emotionally explained in his courtroom testimony this week, "death by electrocution." All three came close to being executed in the late 1970s--Wiley came within 20 days of his execution date--when their sentences were commuted to life in prison based on a lucky technicality (a paperwork error in Jackson's case) and Ohio's death penalty statute being held unconstitutional for the other two. When Ohio later corrected its death penalty law, it could not be applied retroactively to the trio due to the ex post facto laws, so they escaped execution based on unbelievably fortuitous timing.

Today's events make Ricky Jackson the longest-serving person in U.S. history to be exonerated, according to the National Registry of Exonerations. From near-execution to freedom is a great story on its face, but breaking a wrongful conviction record is a tragic feat.

The case against Jackson and the Bridgeman brothers was based on the testimony of a 12-year old boy, Ed Vernon, who claimed that he witnessed the murder in broad daylight on a public street in front of a neighborhood deli, and could positively identify all three defendants. He provided great detail about how the murder went down, including a description of the green getaway car the defendants allegedly sped away in. 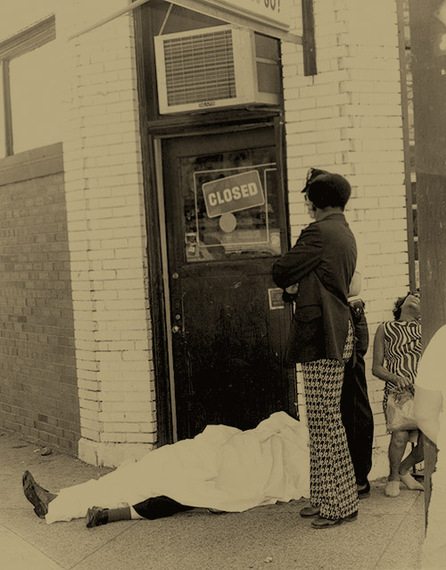 The Ohio Innocence Project at the University of Cincinnati College of Law took Ricky's case several years ago, after the Cleveland Scene published an article calling into question the convictions. The big break came, however, when Ed Vernon, now in his 50s, was in the hospital and, when visited by his pastor, broke down and confessed that he had not seen anything. In fact, he had been on a school bus blocks away and had only heard the shots, but had made up the entire story under police pressure. He told his pastor that living with the lie had been a cloud over his life. His pastor then told him that he had to come forward and correct this injustice.

On Monday and Tuesday, in powerful courtroom testimony, Ed Vernon, choking back tears, explained that at first he believed, in his 12-year old mind, that he was "doing the right thing" by making up the story to help police solve the crime. But his mother knew he was lying, and told him that when the police called him downtown to identify the suspects in a line-up, he should refuse to identify them, and "that would be the end of it." He did as his mother told him, but the detectives would not accept his recantation. Detectives took him into a room and screamed at him, threw objects around the room, and told the crying 12-year old that his parents would be sent to prison for perjury if he didn't change his story. They got him to sign a statement implicating the suspects with details about the murder that they fed to him, and had him claim in the statement that he didn't identify the suspects in the line-up because he too scared.

Vernon explained to the judge this week, "I was a black kid, poor and uneducated, from the neighborhood. A white man had been killed. I didn't know anything about the justice system. Do you really think as a 12-year old I could stand up to those detectives screaming in my face?"

Vernon sobbed on the stand when describing how this "lie from the pits of hell" had ruined his life, and how he had finally felt relief when he confessed to his pastor.

Prior to testifying, Vernon passed a polygraph about his recantation, and other new witnesses, discovered by the Ohio Innocence Project, testified this week and corroborated Vernon's recantation. Several witnesses said that Vernon was on the school bus with them blocks away when they heard the shots, and thus, Vernon could not have seen the murder. One new witness, for example, testified that not only was she with Vernon on the school bus--out of sight from the murder--when the shots rang out, but that moments after getting off the bus she saw Jackson and one of the Bridgeman brothers relaxing in front of Jackson's house several blocks from the murder scene. She told them about the shooting, and they walked up to the murder scene to see what was going on. She explained that she knew back in 1975 that the defendants were innocent, but did not come forward earlier because she was only 13 years-old and her father would not let her get involved in such a violent case.

Another witness--called by the State to presumably refute Jackson's innocence claim--surprised everyone in the courtroom by testifying that Vernon was sitting next to him on the school bus when they heard the shots, and that after he learned that Vernon was claiming he had witnessed the murder, he told him, "You must have X-ray eyes" because no one on the school bus could have seen what happened.

Jackson, who steadfastly refused to entertain a deal on Monday at the start of the hearing to admit guilt in exchange for being released from his life sentence immediately, walked free this morning with all charges dropped and his name cleared once and for all.

There are many heroes in this case. Kyle Swenson, the reporter for the Cleveland Scene who got the ball rolling with his story casting doubt on the convictions. The students at the Ohio Innocence Project, who turned the case inside out for years sensing that an injustice had been done. The Ohio Innocence Project attorneys, Brian Howe and Carrie Wood, who wouldn't give up the fight until justice was done. Ed Vernon, for having the courage to step forward and correct a "lie from the pits of hell" that had been forced on him as a child by the police. And, of course, Ricky Jackson, for having the fortitude to stay strong through nearly 40 years of wrongful imprisonment and never give up on his innocence.

But the prosecutors here were also heroes. The annals of wrongful conviction cases are sadly full of instances where prosecutors, whether for political reasons or because they were afflicted by some sort of complicated psychological denial, have refused to concede, or even fought back with vitriol, when faced with overwhelming evidence of innocence. But not here.

Cuyahoga County Prosecutor Tim McGinty and his team of assistants, including Mary McGrath and Saleh Awadallah, were in a search for the truth. At the hearing this week, they did not object to any of the Ohio Innocence Project's evidence--hearsay or otherwise--explaining that they wanted "everything to come in so the chips can fall where they may." And once the chips fell, they stood up and did the right, dropping all charges and allowing the case against Jackson and his co-defendants to finally come to and end. Prosecutors are supposed to seek justice rather than "wins," and that is clearly what the prosecutors sought in this case. They should be commended.

But the road for Jackson and the Bridgemans is not over. They have had decades taken from them--years when others obtain an education or learn a trade--in order to provide for themselves later in life. The three innocent men are now being released without the proverbial 40 acres and a mule--in fact, they have nothing. They are free, but they are severely handicapped. In their late 50s, it is hard to imagine how they will move forward and provide for themselves in their twilight years.

Ohio has an exoneree statutory compensation statute, but it's difficult to win and often takes years of litigation to prevail. The prosecutors in this case should take the next step and concede to a declaration of innocence under the compensation statute for Ricky and the Bridgemans to allow them to move forward without years of anguish and poverty.

In the meantime, Ricky has been released today without a dime to his name. The Ohio Innocence Project will provide him with clothing, a winter coat, shoes, toiletries, etc. But he needs more. A lot more. The OIP has also established a fund to assist Mr. Jackson obtain food and other necessities to help him get his life back on track. Those wishing to donate can do so here.

Ricky Jackson (center) with Jodi Shorr and and his attorney Brian Howe of the Ohio Innocence Project on Jackson's last of nearly 15,000 nights in prison. 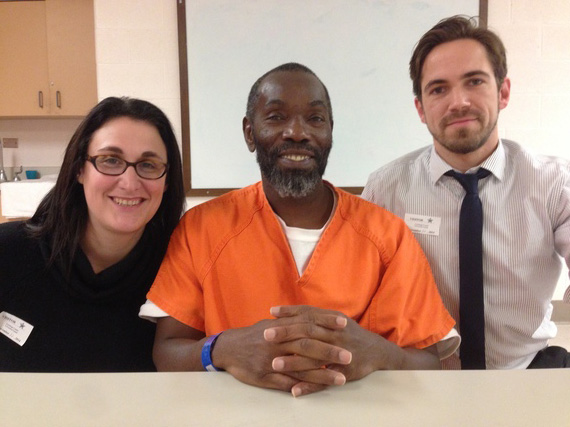 Correction: This post misidentified the reporter from the Cleveland Scene as Vince Grzegorek. The reporter is Kyle Swenson.

Carmichael Professor of Law, University of Cincinnati College of Law