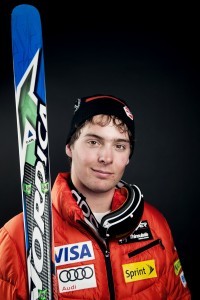 We in the athletic community take our sports pretty darned seriously. We are driven by our passion for sports and our profound desire to help young athletes achieve their goals. But sometimes that seriousness can shift from a healthy commitment to a loss of perspective.

For example, I recently saw 8-year-olds crying after they lost a soccer game. I have seen coaches, driven by their own need to succeed, focus their athletes too much on results. And I've seen parents angry at their children after competitions for failing to live up to their outsized expectations. In all three cases, the athletes, coaches, and parents entered what I call the "too zone," in which they take sports far too seriously.

Yet, the recent deaths of two promising alpine ski racers, Bryce Astle and Ronnie Berlack, should quickly pull all of us back from the "too zone." When young people lose their lives in sports, it is a bracing slap in the face about why we are involved in sports and a reminder about what is really important (and it's not the results!). 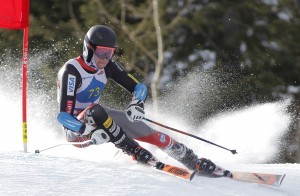 As someone who competed internationally as a ski racer in my youth and has worked as a sport psychologist in the sport for decades, I didn't know Bryce, but he was obviously an outstanding young ski racer and, based on accounts from my Utah friends, a really good guy too.

I did know Ronnie pretty well because he basically grew up at Burke Mountain Academy where, as an alum and sport psychologist, I have visited and worked with the athletes for years. At my many talks to the Burke athletes, Ronnie was always in the front row taking notes and asking questions, hunger to learn anything that might make him faster. He was also a genuinely nice person with a kindness and gentleness that you don't often see these days among young people. Not surprising, given his parents, Steve and Cindy.

It's difficult to expect athletes to not throw themselves into chasing their sports dreams. It's also equally hard for coaches and parents not to want so badly for their athletes to succeed. Yet, in this "take too serious" world of youth sports we live in, it always helps to regain a healthy perspective on why athletes, coaches, and parents do what they do.

For athletes, there is the satisfaction of mastery, the thrill of competition, the camaraderie of teammates and competitors, and the opportunities for travel.

For coaches, there is the appreciation for the immensely positive impact they can have on their athletes as athletes and, more importantly, as people.

For parents, there is the recognition that Olympic or professional success is a long shot at best and that isn't the reason their children should participate in sports. Rather, their children participate in sports that test them physically, psychologically, and emotionally on a daily basis. Sports provide young people with life lessons, such as ownership, confidence, persistence, resilience, the ability to handle pressure, overcoming failure and disappointment, the list goes on, that will serve them so well throughout life. The results are just icing on the cake.

For all of us, there is the awareness that life can be so fragile sometimes. Yet to live life safely, or expect our children to, is to live half a life that lacks meaning, fulfillment, and joy. Only by living on the edge where, sadly, there are risks, can life be fully embraced and enjoyed.

So, let's honor Bryce and Ronnie not for the fine athletes that they were, but for the qualities that made them so good (and such good people too): passion, commitment, courage, optimism, hard work, focus, respect, and decency.

And let's honor them by keeping sports in perspective as a marvelous part of life, but not life itself.

The next time you're nervous about a competition, frustrated with your performance, or disappointed in your athletes' results, remember Ronnie and Bryce and be grateful that we just have the opportunity to be a part of this crazy, sometimes scary, and always wonderful world of sports.

Finally, though there can be no easy solace for the Berlack and Astle families, I hope there is some very small amount of comfort in knowing that Ronnie and Bryce died doing two things that meant so much to them. First, challenging themselves in some really demanding conditions. Second, pursuing their dreams of becoming world-class athletes.