Until recently, MoMA was canonically presented as an infallible institution. Every conversation about contemporary art would reach a dead end when one of the parties involved drop a comment like: 'This artist has just been included in a show at MoMA and has been added to its collection'. When that phrase was utter by curators or gallerists all around the world, that was the end of the conversation for everybody would nod respectfully and move on with their lives. The problem with this such statements is analogous to the way the word 'genius' is often deployed to refer to artists in order not to really talk about them. This places that art so high above us that anything said about it might come across as anathema. This kind of thinking is, of course, fundamentalist. I think it is high time to comment on that dogma. What kind of art do MoMA tend to canonise? Which kind of message must a work of art have in order to be anointed at the 'Vatican' of Contemporary Art? 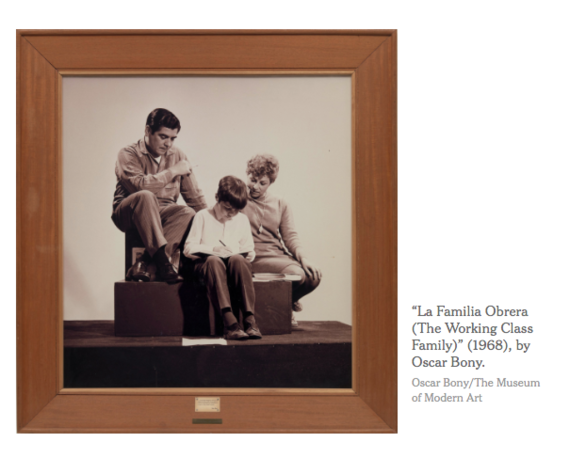 'Transmissions: Art in Eastern Europe and Latinamerica 1960-1980', running through January 3rd is a good example of this. The show was curated by a team of five (Stuart Comer, Roxana Marcoci and Christian Rattemeyer and their 'assistants', Giampaolo Bianconi and Martha Joseph) and aims at simultaneously satisfying three big needs of the contemporary art world: the need to overcome modernism as a visual language, the need to naturalise globalisation as an ideology and the need to represent political action as something sanitised and politically correct. Only from this point of view, the odd decision to present the Eastern European and Latin-American experiences alongside, could be understood. So what happened between the 60s and the 80s that pushed these regions to political extremes? Well, it flirted with communism and the result was a reaction from the far right that transform many of those regimes into homicidal military dictatorships (sponsored by the US) that, like Argentina and Chile, killed tens of thousands. 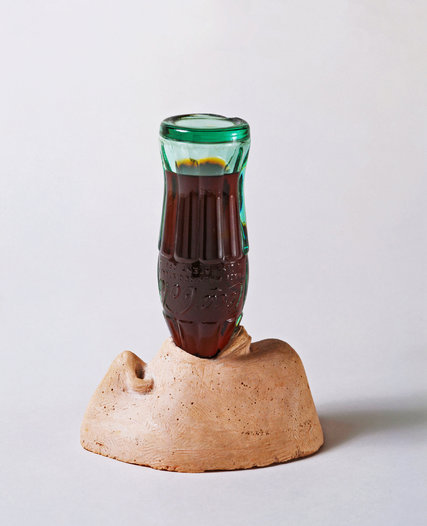 The problem with the way this show is curated is that the selection of artists lies on superficial visual associations which convey a complete disregard for what those particular artists stand for. Let's take the example of Marisol Escobar's 1962 sculpture "Love," with an upside-down Coke bottle jammed into a woman's mouth or, even better, with Argentine Oscar Bony who caused a scandal when he hired a working-class family to pose in a gallery, then paid them twice the pittance the father made on his regular job. Although in his review for the New York Times, Holland Cotter says that 'In a stroke, economic realities were revealed and the government, embarrassed, clamped down with Mr. Bony retreated from art making for seven years'. Actually, it was the public who complained about the fact that a poor family was paid to 'slave' in front of the audience. The concept was obvious but there was a second layer of meaning that revealed a degree of sadism which was not foreign to Bony, a notorious sadist that constantly submitted his family to his fits of domestic violence.

Another case is that of Martha Minujin and her 'Parthenon of books' which was built in 1984 immediately after the military regime handed the government to a democratically elected one. The problem with this is that during the Falkland's War, Minujin proposed the murderous military regime to build an effigy of UK PM, Margaret Thatcher which would be burnt in front of the Casa Rosada. Conceptualism for freedom or sheer opportunistic behaviour?

One can argue that with more than 300 pieces, there was no time to explore the specific cases but this creates a problem and raises a serious of questions. I have not even mentioned the Eastern European side which is not my area of expertise and might have similar problems. I think that the most important issue here is whether the curators actually aimed at shocking the viewer with a mosaic of political themes (as if we Google them) only to empty those issues from any real relevance. From this point of view, this show is an allegory of financial capitalism which, at the end of the day, is where money for MoMA comes for. I think we should start paying more attention at the naturalisation of 'political' issues that 'global curators' carelessly and possibly unconsciously generate. J A T