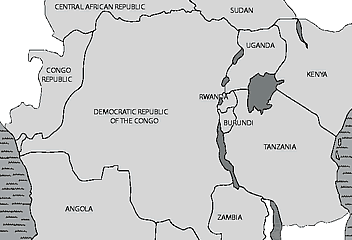 This past February 9, 2016, in the US House of Representatives, in the Capitol Visitor Center, we attended an "Africa Policy Breakfast" sponsored by Rep. Karen Bass, the House Africa Subcommittee Ranking Member, on the topic "Boko Haram and its Regional Impact". 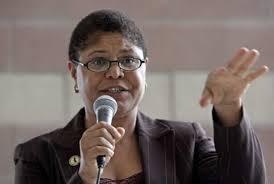 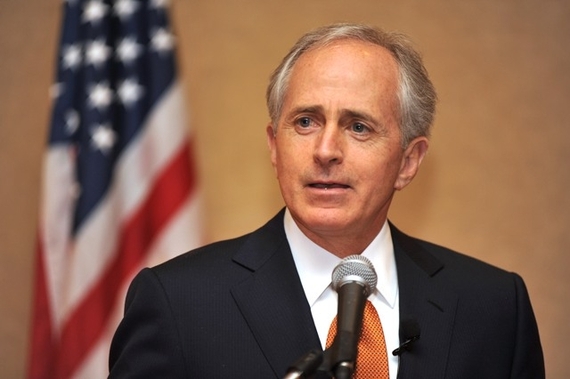 On both days, the Assistant Secretary for the Bureau of African Affairs in the State Department, Ambassador Linda Thomas-Greenfield, gave the main presentation on the state of governance in Central Africa as well as on Boko Haram (the ambassadors of Mali and Niger who attended the Breakfast also spoke of Boko Haram and other terrorists groups being present in their countries and a Congolese-American spoke of children being recruited in Congolese villages for $10 by these terrorists groups already). In this season of tell-it-like-it-is presidential primaries, Ambassador Greenfield was as diplomatically blunt as she could be. She did not mince words, on February 9th when she addressed "the conditions that gave rise to Boko Haram".

On February 10, Ambassador Greenfield did not shy away either from telling the senators that, as far as governance or "good governance" is concerned, these African leaders (if they can be called "leaders") don't give a damn about America and what America says or does; they're not afraid of or show respect for America's advice or America's encouragement. Well, Ambassador Greenfield did not really put it that way; after all, she's a real lady and a seasoned diplomat. This how she phrased it:

"Despite our efforts to encourage these leaders to ensure their legacy by stepping down and allowing the healthy alternation that is an essential component of any democracy, I must report that previous commitments by some leaders in the region to support independently run and credible electoral processes, as well as to respect presidential term limits, were not honored or are now in doubt."

Thomas Perriello, the US Special Envoy to the African Great Lakes and the DRC who followed Ambassador Greenfield on this first panel, spoke in the same vein as Ambassador Greenfield. After stating that 2016 is a year that is "testing" whether the 2 decades bipartisan United States "investment in stability, democracy, atrocity prevention, and shared prosperity in the region", he stated the obvious that is also bleak that,

The second panel, on February 10, was highlighted by Roger Meece, former ambassador to the DRC and former UN representative to the DRC. After outlining on these issues that he knows personally, he acknowledged that President Obama's speech to the African leaders at the AU summit was important in his telling them the appropriateness of good governance and of democracy. But, ambassador Meece rightfully noted that,

"But in my view statements are not enough. While there have been some sanctions and suspension of international aid to Burundi arising from government actions there, there have been few practical costs to governments in the region to the removal of term limits or authoritarian government practices in general."

Ms. Sarah Margon, the Human Rights Watch Director in Washington DC, as a human rights expert, was as forthright as she could be in speaking about the generalized and pervasive human rights crimes and violations in Central Africa and the African Great Lakes Region. Without detour, Ms. Sarah Margon goes right to the core evil of these so-called "leaders":

"The suppression of rights is frequently part of a cadre of ruthless tools used to destroy the rule of law, perpetuate impunity, and reverse progress on good governance - all the while creating a pretext to remain in power in perpetuity. Sometimes it is security forces employing lethal force in response to peaceful demonstrations. Sometimes it is government officials detaining activists or opposition party members without charge or on politically motivated charges. Other times governments obstruct the media and curtail civil society organizations from covering "sensitive issues" such as corruption, human rights and fiscal transparency. Often it is all of the above together - along with threats or physical assaults against those who contest an incumbent's actions."

The question facing the members of US Congress, US policy makers, US president, and the US government in general, is: what is America going to do in this "crucial" year of 2016, that will be different from the previous 20 years that have brought no significant change for the good of the populations of Central Africa or of the African Great Lakes Region, beside the distorted images fed by these dictators such as in Rwanda, in the DRC where thousands of Congolese in exile are now galvanizedhttp://apareco-rdc.com/index.php/a-la-une/le-fil-de-linfo/2488-urgence-rdc-declaration-solennelle-des-congolais-de-la-diaspora-et-avertissement-a-tous-les-pays-membres-des-nations-unies.html to end what they call their country's occupation, an assessment backed up by Tanzania?

Ambassador Meece gave, in his presentation, a glimpse of these African leaders:
• " (Dictator Denis Sassou Nguesso of) the Congo Republic (Brazzaville), (Dictator Paul Kagame of) Rwanda, and (Dictator Pierre Nkurunziza of) Burundi have all recently modified constitutional presidential term limits to permit (their) continued tenure... in processes that I don't believe could be fairly described as democratic or reflecting free and open public debate by any objective observer."
• "The presidents of Uganda (Dictator Yoweri Museveni) and Angola (Dictator Jose Eduardo dos Santos) have both been in office for over thirty years with no signs of any change soon".
• In the DRC, "(Paul Kagame's Trojan Horse and Dictator 'Joseph Kabila' is using) delay tactics often referred to "glissement" or "slippage"... (in order to make it become) increasingly... impossible to hold legitimate free and fair national elections this year, including a presidential vote, as required by the constitution."

Bluntly, it has to be stated that it is incumbent upon America, its government as well as its Legislature, in this 2016 "crucial year", to move forcefully and decisively in order to preserve America's importance, relevancy, and influence in Africa, keeping in mind the strategic and indispensable role of Africa, especially Central Africa, for America's geopolitical, industrial, and economic interests, because other world powers such as China, India, and even Russia, are in and are bound to shut out America, hence the lack of respect of America by these African dictators. America, in the long run, will be the looser by continuing to support these despots who not only have been causing the slaughter of millions of African populations as in Rwanda and the DRC, but their own populations reject them in spite of the brutality they suffer at the hands of these despots.