Why get your meat from the ranch when you can grow it in a lab? That's the idea behind a new cookbook revealed in Amsterdam this week.

The In Vitro Meat Cookbook is the world's first "cookbook" for lab-grown food. While it won't hit stores until autumn 2014, the book made its online debut Tuesday -- one year after scientists served the world's first in vitro hamburger in London.

"This cookbook aims to move beyond in vitro meat as an inferior fake-meat replacement, to explore its creative prospects and visualize what in vitro meat products might be on our plate one day," Koert van Mensvoort, who contributed heavily to the book and heads the Next Nature Lab at Eindhoven University of Technology in the Netherlands, said in a written statement.

The 186-page text goes above and beyond a typical cookbook. It features essays and interviews about the burgeoning technology used to make meat from cultured cells in a lab. But that's not to say the cookbook doesn't feature its fair share of recipes -- from in vitro oysters to dodo nuggets. 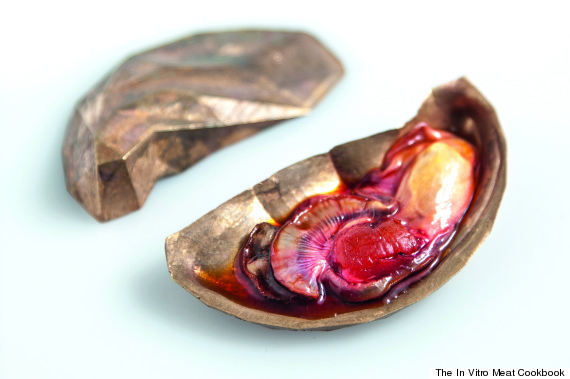 A photo shows how in vitro oysters are expected to turn out.

But would-be chefs shouldn't expect to actually cook with the cookbook just yet. As van Mensvoort acknowledges in the book's preface, in vitro meat is still in the early stages of development.

In fact, when biologist Dr. Mark Post unveiled his in vitro burger last year, he indicated that it could be 10 to 20 years before mass production is possible. So along with each recipe, the cookbook's authors rate each dish from one to five stars -- one being far from realized, and five stars to indicate the cuisine may be possible very soon. 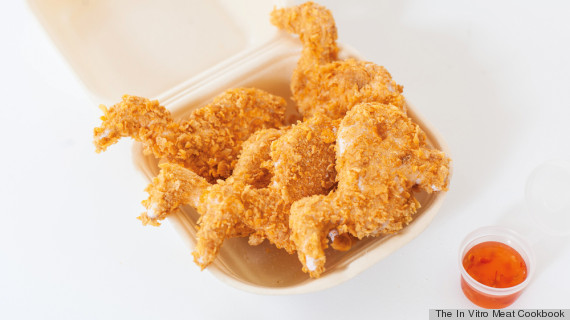 Thanks to tissue engineering and genetic sequencing, diners could one day sample meat from the extinct dodo bird with the cookbook's dodo nuggets recipe.

While in vitro oysters (one star) may be far in the future, the see-through sashimi (four stars) is probably far more feasible -- and maybe more delectable.

"I think some 'meat sushi' could be very pure and soft because it is grown under highly controlled circumstances in the lab," van Mensvoort told Vice. "This might taste better than the real thing, which is interesting because then the artificial gains a certain authenticity of its own." 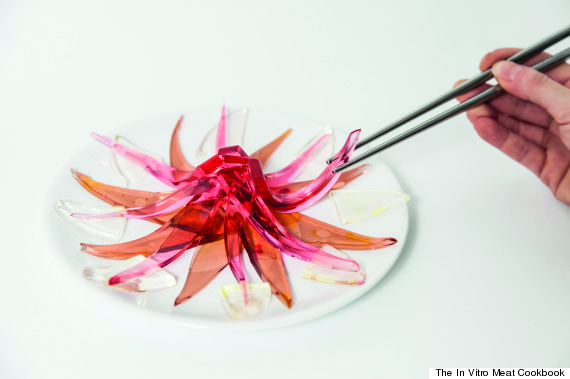 The see-through sashimi recipe calls for the raw fish delicacy to be cultured from blue fin tuna.