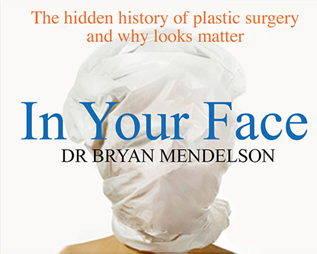 "Beauty is in the eye of the beholder." This well-worn phrase implies subjectivity in the assessment of facial features deemed aesthetically appealing. At the same time, we know that there are some specific attributes that most objectively "attractive" faces have in common.

These attributes are most recently described in In Your Face, a new book by Australian plastic surgeon Dr. Bryan Mendelson. He lists averageness, symmetry and sexual dimorphism as attributes common to the attractive face. Recognizing these elements give us an objective way to analyze attractiveness.

Many studies, more recently using computer imaging techniques, have averaged the faces of various population groups. When responding to these "averaged" images, most observers deem these more attractive than the separate individuals within the pool that created the composite.

Symmetry
No face is perfectly symmetric. Most often, minor differences remain unnoticed both by the patient and the casual observer. More significant differences in the two sides of the face are, at the very least, distracting, and can be detracting.

Make-up artists and plastic surgeons have long recognized the importance of camouflaging or correcting facial asymmetries in their attempts to improve facial appearance.

Sexual dimorphism
Sexual dimorphism relates to the differences in facial features between men and women. On average, all facial measurements are greater in men than in women. In addition, the relations between those measurements differ in men and women--the ratios of how certain facial features relate to each other are a key difference between the sexes.

For example, women's faces tend to be narrower than men's. As a result, a strong wide chin and jaw in a man is considered masculine and attractive. A small lower jaw for a man may therefore less desirable, and may be an appropriate target for surgical enhancement.

Since the underlying facial skeleton is the fundamental determinant of facial appearance, the differences between men's and women's faces are obvious when male and female skulls are compared. Balance
Balance refers to the pleasing relation of parts. It includes averageness, symmetry and sexual dimorphism. It also recognizes that one feature may fall out of the bell shaped curve of what is average, or what might be thought most typical of one's sex and still be attractive - if it is balanced by other facial features. Think of the prominent, almost masculine, lower jaws of many fashion models that are deemed attractive and desirable because they are balanced by prominent cheek bones.

In plastic surgery, a typical counterpoise for a prominent nose is to surgically enhance a weak chin, along with a less aggressive rhinoplasty or even skipping the nasal surgery altogether.

Of course, none of these objective attributes can serve as a substitute for feeling comfortable with your own appearance. But if you do want to make a change, understanding how all of these factors work together will help you achieve the best result--whether at the makeup counter or the plastic surgeon's office.