Written by Serge Bielanko for Babble.com

Not long ago, I wrote a piece for Babble Voices called Old Work Boots & Camouflage Cargos: How NOT to Let Your Man Fall Out of Fashion.

Yeah, I know I know, that's a mouthful of a title, but I wanted to get my point across and, well, that was what I came up with. It was a funny piece, or at least that's what I was aiming for; I wanted to convey that sometimes being a parent sees us giving up a little ground on the fashion/physical shape front.

I had gained a few pounds since my daughter was born three years ago and my dress code had taken a pretty hard hit, too. Plus, I like to laugh a little at myself here and there -- it helps keep things in perspective, I think.

Not long after my article was published on the internet for anyone to read, it also was featured on the Babble Facebook page. Now, this is always a good thing because it almost always means that more people are going to find your work and read it. So, naturally, I was excited about that.

Related: The 10 biggest secrets parents hide from their kids

People began to leave comments beneath the Facebook posting calling into question the photo that went along with the article, a photo that I had picked myself, of my daughter and I sitting in our porch swing one evening, watching the sun go down. In the picture I am holding a can of beer. And my daughter is wearing just her diaper. (SCROLL DOWN FOR PHOTO)

Here is a sampling of what folks began to write:

Stacey commented: "you got a man with a beer in his hand with his arm around a naked little girl. wtf?"

What the heck were these people so upset about? Did they not read my article? I wondered aloud, shouting at my computer screen. I'm HER DAD! We were on the porch right before her bed time!

But there was more.

Brenda jumped in with: "Yuck. Civilized people wear clothes when in the company of others, and children ESPECIALLY should be MADE to wear clothes!! I hope no pedophile is on this page, getting his thrills!! Disgusting!"

Okay. Now, I was a little pissed. But I know enough not to join in certain cyber-conversations. These ladies had latched onto one another. Mob mentality had taken hold. And in the middle of it all was this simple pic of me and my little girl.

Then Gail added: "a whole lot more to worry about then fashion!"

Still, it went on and on. Now, not every comment was negative, don't get me wrong. But there were enough that were being so judgmental that I was feeling kind of self-conscious and I couldn't even figure out why!

The comments then turned toward pointing out the fact that my daughter was only wearing a diaper (which is admittedly hard to see in the shot). People began to say that it was pedophile bait and that I was irresponsible for posting it on the internet and blah blah blah.

By the time I was to the bottom of the column of the 30 or so comments, I was dazed. I felt pepper-sprayed by the random opinions of complete strangers. I felt violated, not by some freak with a penchant for pictures of summertime kids in their diapers, but rather, by people who had made it their business to completely ignore my actual article in favor of slamming a photo of me and my kid. I know it's their right to say whatever they want, and that's fine. But, as a dad who loves his kids more than anything in the universe, I was spinning.

I mean, who are we now, collectively? Who are we, we parents on the internet, and what are our goals?

Every day, anywhere you go in the vast wilds of cyberspace, you can find people who get their kicks out of knocking other people down. I know that and you know that, but that isn't what I'm getting at here. My question is more streamlined. Because, what I'm wondering is, is it helpful to point out everything?

As parents, are we helping each other when we say to our fellow parents,"You are doing it wrong!"..."You should know better!"..."There is danger in everything!"

Or, is it simply a way to make ourselves feel better about ourselves, to allow our voices to reign supreme, if only for a second or so, if only until the next comment appears?

I'm still trying to figure out whether the women (there weren't any men in this conversation) who commented that day were trying to help me somehow or not.

Judging from the tone of many of the comments, I'm kind of doubting it. 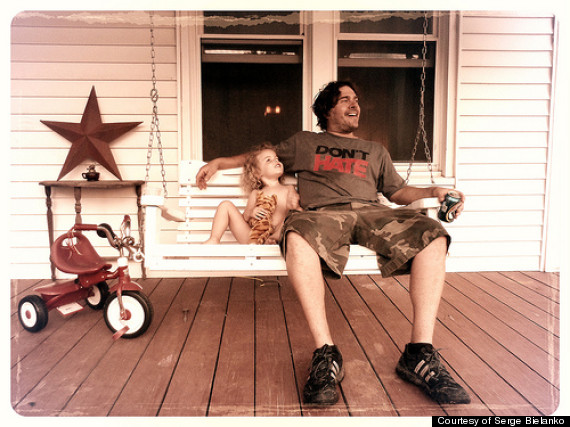 MORE ON BABBLE
The most age-inappropriate toddler gear (What were they thinking?!)
11 signs you're a babysitter's worst nightmare
The 10 creepiest kids' toys...EVER
25 horrifying photos of things kids have ruined