Looking for a way to close the gap between the rich and poor? Give boosting union membership a shot.

The dramatic rise in inequality has corresponded quite neatly with the decline in union membership, according to an analysis from the left-leaning Economic Policy Institute.

As EPI notes, that divergence in income growth, especially noticeable since 1979, corresponds with a decline in union influence, as an increase in union membership would help to boost worker incomes. Indeed, if the incomes of the union rank-and-file rose by just one-tenth, middle-class incomes would go up $1,479 per year, even for middle-class families who aren’t union members, according to a September analysis from the Center for American Progress.

There’s hope yet for unions. Union membership grew slightly in 2011 after years of steep declines. Check out the correlation between the rise income inequality and decline in union membership, according to an EPI analysis: 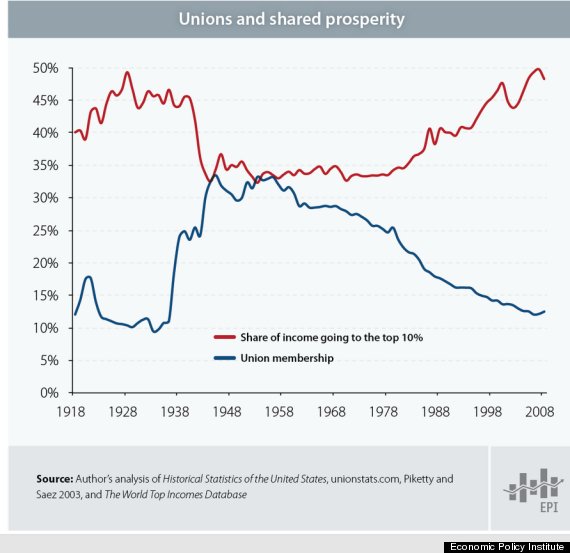