The United States of America is number one in an unfortunate category.

The top one percent's share of total income has risen the more in the U.S. than in any other major Western country since 1960, according to a new paper by Thomas Piketty and Emmanuel Saez, economics professors at the Paris School of Economics and the University of California at Berkeley, respectively. While the top one percent's share of income declined in some European countries and rose by up to 4 percentage points in most others during that period, it spiked by more than 9 percentage points in the U.S.

Check out the chart below. "Top MTR" means "top marginal tax rate," or the income tax rate of the richest Americans (that's the U.S. in the top left corner, by the way): 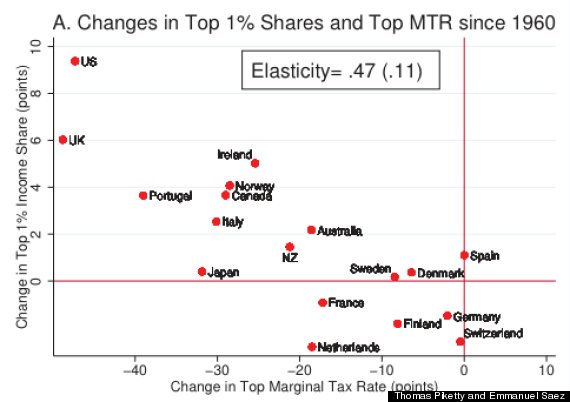