The secret to getting ahead in life is apparently the same as the secret to real estate: location.

A new paper by economists at Harvard and Berkeley finds big differences in income mobility in different parts of the U.S., with most of the Southeast offering fewer opportunities to climb the income ladder, and places like New York, Los Angeles and San Francisco offering more. 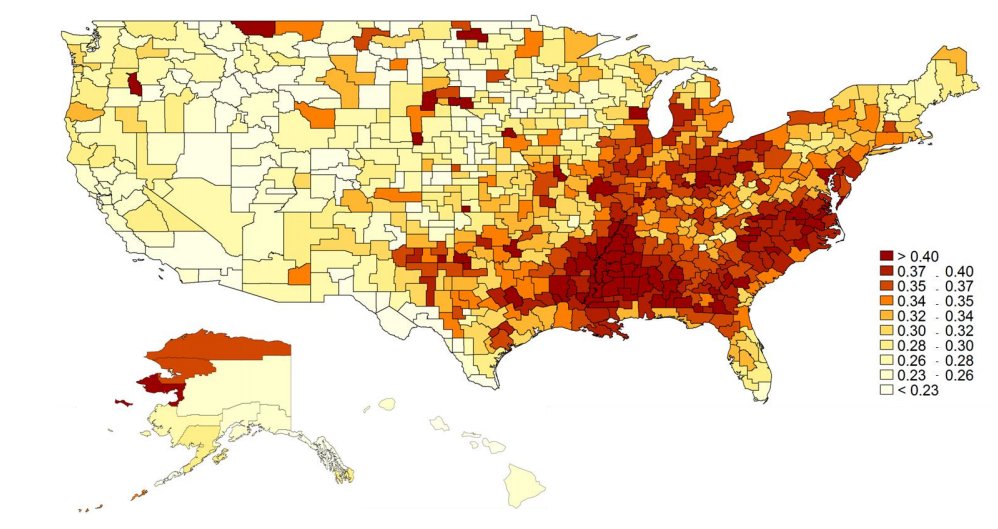 In one astonishing example, cited by David Leonhardt of The New York Times, poor children in Seattle, a high-mobility city, have more or less the same future income opportunities as middle-class children born in Atlanta, a low-mobility city.

Leonhardt's story has lots of cool interactive graphics to show you how gloomy you should be about your future based on your geography. The good news is that, if they move early enough, children who go from places with rigid income scales to areas of higher mobility can benefit as if they were born in those places where it is easier to get ahead in the first place, the study found.

So what accounts for these geographic differences? The economists found that areas with more progressive tax policies, including tax credits for poor workers and higher taxes on upper incomes, tend to have more upward mobility, too.

"Overall, these results suggest that tax expenditures aimed at low-income taxpayers can have significant impacts on economic opportunity," they write.

The paper, part of a broader study about income inequality and immobility in the U.S., comes after income inequality has been on the rise for decades, partly because it has become increasingly harder to move up the income ladder. The paper's findings suggest, consistent with other studies, that taxes and other policies can make a difference in closing the gap between rich and poor. It's not just a matter of fairness, but one that affects the health of the entire economy.

Another factor affecting economic mobility is the mix of incomes in a region. Places like New York that have more mixed-income neighborhoods usually offer more chances to get ahead than parts of the South, where incomes are segregated. And though this tends to hit African-American mobility the hardest, white and black families in those neighborhoods suffer more or less equally, according to the paper.

Other places that offer more opportunity are those with higher-quality schools, tighter-knit communities and two-parent families, according to the study.

Of course, the easiest way to strike it rich in America is still to win the genetic lottery and be born into a rich family, notes Leonhardt: Children of the 1 percent are at least eight times more likely to make $100,000 or more by the time they're 30 years old than children with parents in the lower 50 percent of incomes.

Your Income Mobility Depends A Lot On Your Location: Study
15 Most Bizarre Excuses For Missing Work