The Internet era has exponentially spawned political pundits like it has Presidential candidates. Each has a perspective on what "the American people" are looking for in their next leader and few discuss the ebbs and flows of leadership characteristics that have defined the pendulum swing of our nation's leaders. If we understand how change flows through our history predicting electoral success becomes about understanding leadership characteristics rather than platforms or performances. 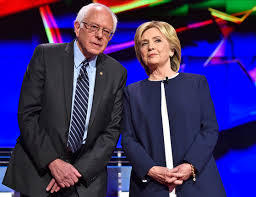 In politics we get the leader we want, even if it isn't the one we think we desire. Time and again our history shows that even if we are infatuated with the idea of the glib and glitzy we end up choosing the most authentic leader who best fits what is being called for at that moment in history. For the sake of brevity, the trend can be summarized by understanding that until 2000 Americans have always followed change-making Presidents by electing those who are inspired by fortifying the systems rather than re-making them.

In 2000 we went from eight years of progressive change ushered in by President Bill Clinton to eight years of conservative economic policies and promulgating the military industrial complex under George W. Bush. This was followed in the 2008 election of a system changing President Barak Obama who literally and figuratively broke the mold of Presidential leadership.

By the time we vote in November 2016, America will have been through 24 years of lurching from one change oriented administration to the next, alternating between political parties. The question before voters will be do we want more change or are we prepared for a leader who brings stability to the instability of partisan politics as the basis for governing?

It is clear this conundrum is at the heart of both party's Presidential primaries. On the Republican side, the right is incensed by a belief that the Obama presidency has taken the country on a radically wrong path of change--and they want blood not just from Democrats, but also from any politician who has been a part of the establishment.

On the Democratic side, there are those that feel Obama has not gone far enough to address the root issues of our country's current dilemmas and they stand firmly with Bernie Sanders and his vision of moving forward faster. Ironically, in between stands Hillary Clinton, a consummate insider who, as she pointed out in the first Democratic Presidential Debate, is change incarnate as a woman. If she can embrace this balance of change and stability she may just have a winning combination.

I continue to believe that the most authentic candidate wins elections--and until now, authenticity is not a word that describes Hillary Clinton or her campaign. If she can embrace who she truly is and bring her experience to the public while being real, open to those who disagree and being a force for stability she may be the candidate we need at this moment. As we move through Primary Season it is an opportunity for each of us to decide if we want another four years of upheaval or if we are ready for a leader who solidifies our foundation and puts our government in order, even if she herself embodies the change from masculine to feminine leadership.