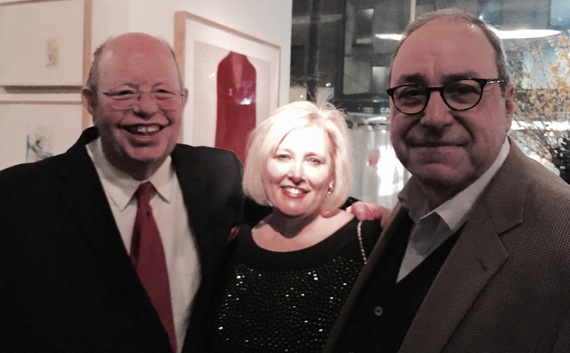 "You go down there looking for justice; that's what you find: just us."
-Richard Pryor

"Every once in a while, the NCAA will catch 'Cookietown Tech' and punish them real hard."
-Abe Lemons

Since 1994, when I wrote a Lexington Herald-Leader book review stating that A Piece of The Action: How the Middle Class Joined the Money Class was the "greatest business book ever written," Joe Nocera has often referred to me as "his biggest fan." That may be true. I have read every book, article and New York Times column that Joe has written. Along the way, he has become a good friend and mentor.

When I was at the point of giving up on my latest book, Brand New Man: My Weight Loss Journey, I called Nocera for advice. Fifteen minutes of his insights got me on the right path and the book will be released next week.

Nocera is the writer I most want to emulate.

Joe can take mundane nonfiction topics and keep you glued to them like a novel. He goes back to the historic roots of a topic and allows you to see how a situation and story evolved. Most interesting is how Joe can pinpoint people who have historic impact on major topics, but who have managed to keep out of the public spotlight.

Joe is not afraid to take on the rich and powerful. A 1986 Esquire feature about Steve Jobs is cited as a masterpiece of business journalism and earned Nocera Job's antipathy for the rest of his life. Nocera's Good Guys and Bad Guys: Behind the Scenes with the Saints and Scoundrels of American Business (and Everything in Between) gives Nocera's straight shooting, unvarnished view of people who have impacted American business with a style that makes the reader leap to turn to the next page.

Writing about college sports would not be an original idea. But like All The Devils Are Here: The Hidden History of the Financial Crisis (a book he co-authored with Bethany McLean), Indentured: The Inside Story of the Rebellion Against the NCAA gives a totally different and hard hitting take on a topic that all of us think we know about. 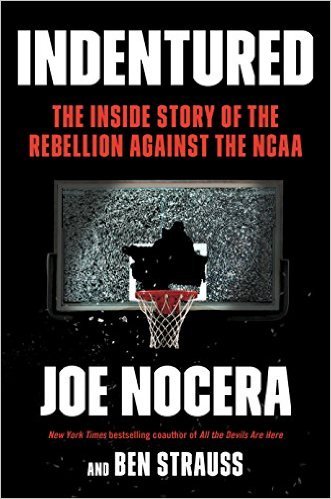 Nocera recently moved from the Op-Ed page of the New York Times to the sports section to focus on the intersection of where sports and business collide.

Thanks to the business genius of Lexington, Kentucky's Jim Host (Full disclosure: Host is also a friend of mine), who in 1981 proposed that the NCAA market its own brand, the NCAA evolved into a multibillion dollar product that has the ability to destroy the lives of the teenagers and post-teenagers who play for college teams.

Indentured is a book about the business of college sports, but it is truly a book about injustice. How due process is thrown out the window. A story of how players can be punished for actions that their team had nothing to do with. Coaches can move freely between universities, but player movements are restricted by an odd barrage of arcane rules and inconsistent enforcement. It's a battle of young college students, often from disadvantaged backgrounds, up against an organization that has the ultimate power to allow those players to use their talents and potentially become professionals.

Nocera shows example after example of ways that the NCAA is not operating fairly.

A lot of the action in Indentured takes place around litigation such as the O'Bannon v. NCAA class action lawsuit which ruled that not allowing college athletes to be paid violated antitrust laws. (The decision is being appealed.) The real action and history in the world of the NCAA have been made by people of great power that few outsiders have ever heard of.

Putting together those pieces into a story that incites interest and outrage is what Joe Nocera does. And he did it exceptionally well in Indentured.

I was Nocera's biggest fan before Indentured and even more after reading it.

I attended the New York City kickoff party for Indentured and when Jason Stallman, Sports Editor of the New York Times, introduced the authors, he had tremendous praise for the skill and talents of Nocera's coauthor, Ben Strauss. It is obvious from the finished result that Nocera and Strauss made an excellent tag team.

The book is currently the number one sports book on Amazon and one that will shine enough light on the NCAA so that some reforms may be imminent.

If, to paraphrase Mr. Dooley, the role of journalism is to "comfort the afflicted and afflict the comfortable," Nocera and Strauss have done an excellent job at both.

McNay is one of the world's best known experts on structured settlements and how lottery winners handle their money. He lives in Lexington, Kentucky, and you can learn more about him at http://donmcnay.com

McNay has been a Huffington Post contributor since 2008 and his insights have appeared in hundreds of publications, including the New York Times, Washington Post, Time Magazine, Los Angeles Times, Forbes, and USA Today. He has appeared on television and radio programs around the world including the CBS Morning News, CBS Evening News, ABC News Radio, AM Canada, CTV News and RAI Television in Italy.