Google's gone patriotic in honor of July 4, Independence Day in the United States.

Google's homepage logo depicts a compressed map of the U.S., from San Francisco on the west coast to New York on the east coast, and everything in between.

Though a highway separates the east half of the map from the west and divides the Google logo down the middle, a rainbow joins the two coasts and passes over animated representations of Chicago's Willis Tower (aka Sears Tower), a family farm, a suburban home and other iconic American images.

The doodle's west coast is bright and sunny, while the night has fallen on the doodle's east coast and fireworks can be seen in the sky over the Statue of Liberty.

Visit Google's home page on the 4th of July to check the doodle out, or take a peek at the screenshot (below). 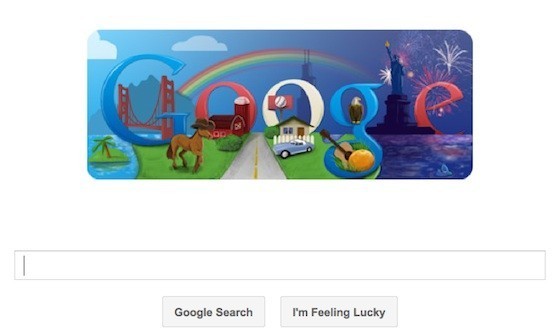