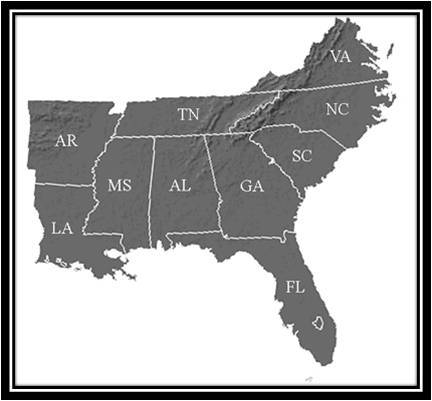 Ever venture into the world of social media and feel like you're that kid in The Emperor's New Clothes, fearlessly and without apology, stating, "But he hasn't got anything on?" We live in a world of competing narratives and have become so socially narcissistic that we can't see things from another perspective or stand and say that doesn't make any sense.

Just wondering, how many Americans descended from white English folks decided to fly the British flag on the 4th of July in honor of your ancestors -- the ones from the original 13 colonies that chose to remain loyal to the crown? I know they lost, but it's your heritage. That's how crazy the Confederate battle flag debate probably looks to those beyond our borders.

I love the United States of America -- even when we are anything other than united. Our identities however as one, big dysfunctional American family (along with our evolving definitions of freedom, independence and equality) are complicated. Until we learn to confront the good, the bad and the downright absurd, we will keep having the same stale, worn out, going nowhere conversations.

As I continue to mourn nine precious lives massacred for praying while black, I am reminded that freedom is not a simple concept. Surely the right to worship without fear of a racist, domestic terrorist attack is something we all hold dear? We should be a nation united in despair over this tragedy, yet I have heard greater public outcry related to inanimate objects like flags and monuments.

The social media war of heritage versus hate not only highlights a racial divide, but also a regional one. I choose to stand united with my brothers and sisters of every color in the here and now -- under one flag, for better or worse, diverse in our perspectives, experiences and geography. This multiracial marriage requires some real work related to empathy. And now we are arguing over old TV shows.

This week, I saw something upon which many Southerners of a certain age (regardless of skin tone or socioeconomic status) seem to agree. Ban the Duke boys? Now you've gone too far. But why?

Pulling a TV series because someone may be offended reeks of the book banning mentality. I am a devout liberal; a white woman born and raised in the South who thinks a Confederate battle flag should never be displayed on publicly funded property. But TV reruns of The Dukes of Hazzard?

Many stand united in the belief this somehow treads upon hallowed television ground as it relates to Southern heritage and identity. Is it possible the removal of this mindless show can inspire some unifying discussion of the spirit of "Southernness" across the color line? Not because of the flag, but rather in spite of it.

To compare the show to Birth of a Nation or Amos and Andy is absurd. There was no racist agenda. What we really should be talking about is the way "Southern" has been coded to mean "white."

In the Dukes of Hazzard, Bo and Luke are portrayed as two wayward, yet lovable, good ole' boy outlaws on probation for running illegal moonshine -- never meaning no harm of course. After all, they've been in trouble with the law since the day they were born. According to Ben Jones (who played Cooter Davenport), "I think all of Hazzard Nation understands that the Confederate battle flag is the symbol that represents the indomitable spirit of independence which keeps us makin' our way the only way we know how."

I disagree that the flag is the universal symbol of that spirit, but I agree with the sentiment that the South adopted rebelliousness and resilience as its unofficial motto.

Hmm, does that sound a lot like the African-American proverb "make a way out of no way" to anyone else? That regional spirit is where the unity lies, competing views about the meaning of the flag aside. If you want to see how things are done down South when the heart is in control, watch the people coming together in Charleston in response to the horrific tragedy at Mother Emanuel. Watch Bree Newsome remove the Confederate battle flag from the South Carolina Capitol grounds with her fellow activist James Tyson standing in support.

There have always been people in the South who crossed the color line with a shared purpose, vision and spirit of defiance. Do most people really care one bit if they ever see another episode of the Dukes of Hazzard? Probably not. But that isn't what the real argument is about anyway. It's about a region still trying to come to terms with the fact it was both the birthplace of the Civil War and the Civil Rights Movement.

Here is where the Southern heritage and identity unity party falls apart; what if the Duke boys were Black -- and not Southern? How much support would they have?

My son loves a book series about alternative reality endings which had me thinking -- meet the freedom-loving Dukes of Detroit!:

Cousins Akeem and Jamal are both on probation for transporting weed. Their Uncle Leroy made a plea bargain by agreeing to stop growing it. They are just a couple of good ole' thugs driving the Malcolm X with a black panther painted on the top. Their stunning cousin, Lakisha Duke, can charm anyone who crosses her path. She can shoot guns with the best of them and drives fast cars like a pro. They are the enduring television trope for American freedom and the rebel spirit.

Yes people, sarcasm and ridiculous stereotypes are intentional. Stay with me while the emperor gets dressed. How many would be publicly outraged if that series was pulled from public view?

It's not the card-carrying, Confederate battle flag-flying KKK members that scare me. It's my fellow "I'm not biased against people because of skin color" white folks that make me quiver at times. Denial refuses to see "Southern heritage" is most often equated with "white pride."

So why are there so many black folks defending the Duke boys? Love it or hate it, that brand of regional pride was born deep in the country next to interracial bonfires catered by sweet tea, fried chicken and purple passion. If you don't get that, no worries -- it's not a white or black thing. It's a Southern thing.

Before anyone says it, yes -- stereotypical bias goes both ways. Jokes about Rachel Dolezal's potato salad? C'mon y'all, no Southern woman, white or black, would serve anything that doesn't qualify as delicious, carefully decorated soul food at the 4th of July cookout. Stolen or merged, in contemporary terms it is a Southern thing for sure. Black or white, she is from Montana so joke the failed.

Another example of denial in defining freedom and regional identity isn't quite so lighthearted. What if I told you there is a magical place beyond the internet called a library where you can view primary documents (and transcriptions of primary documents) to answer historical questions? After reading every word, I am ready to agree -- the Civil War was over states' rights. The right to own other human beings in order to sustain an agrarian economy based on free labor, that is.

Systemically, the answer is clearly articulated.  That doesn't mean every individual fighting on behalf of the South felt that way.  Most were poor, did not own slaves and many couldn't even read much less write these declarations. Their motivations were complex, black and white. The only way to know what they were thinking is to ask them which of course is not possible. Unless you are reading primary source documents, then you are guessing.  Those who did own massive numbers of slaves had to spin the rhetoric so that everyone would get on board. Why?  Money. An age old story of the haves convincing the have nots they are on the same side to accomplish their own agenda. Was the North guilty of the same thing?  You bet.

Please, learn about history from something other than memes and even blogs like this one. Want to know if the emperor is naked? Use your own eyes and develop your own informed opinions. More importantly, stand ready to change your mind based on facts and not just feelings. In the wise words of Nelson Mandela, "Education is the most powerful weapon which you can use to change the world."

The Civil War resulted in the loss of approximately 620,000 lives -- more than any other American conflict. I have done a lot of listening the last few days as the debate about the Confederate battle flag rages on.

One thing became clear to me -- yes, individual lives lost deserve to be honored and respected.  I think however it's time to find a new symbol of our diverse, multiracial, multicultural "Southern" heritage that is inclusive of all that means; like American heritage, it is full of love and hate, unity and division, myths and facts. Some of that past (and present) is horrific. Until we are willing to examine all of it in a comprehensive, reflective way -- the Civil War, the Civil Rights Movement, lynchings, etc. -- then the past will continue to haunt the present and poison the future.