That's an expression you don't hear much, but according to author Kenneth C. Davis, that's what Americans should be saying. Davis, author of the "Don't Know Much About" book series, explained why Americans celebrate the country's independence on the 4th and not the 2nd during an appearance on "CBS This Morning."

"The fact is that John Adams wrote home to Abigail on the 3rd that this day, July 2nd will go down in history," Davis said. "We'll celebrate it with parades and pomp and bells ringing and fireworks, and it was because Congress actually ruled it in favor of independence on July 2. But it was two days later, of course, that Congress then accepted Jefferson's declaration, explaining the vote two days before that really got fixed in the America's imagination as our birthday. July 2nd should be Independence Day."

Yahoo! News reports on why August 2nd is also a significant date in our country's history:

The reason we celebrate Independence Day on July 4 is because that was the date that appeared on the "Declaration of Independence." In reality, the document wasn't even signed until August 2.

While many will celebrate the 4th with fireworks and celebrations, some won't be so lucky. On July 1, the AP reported Independence Day celebrations have been canceled because of sequestration at the Camp Lejeune Marine Corps Base and at the Army's Fort Bragg, both in North Carolina. 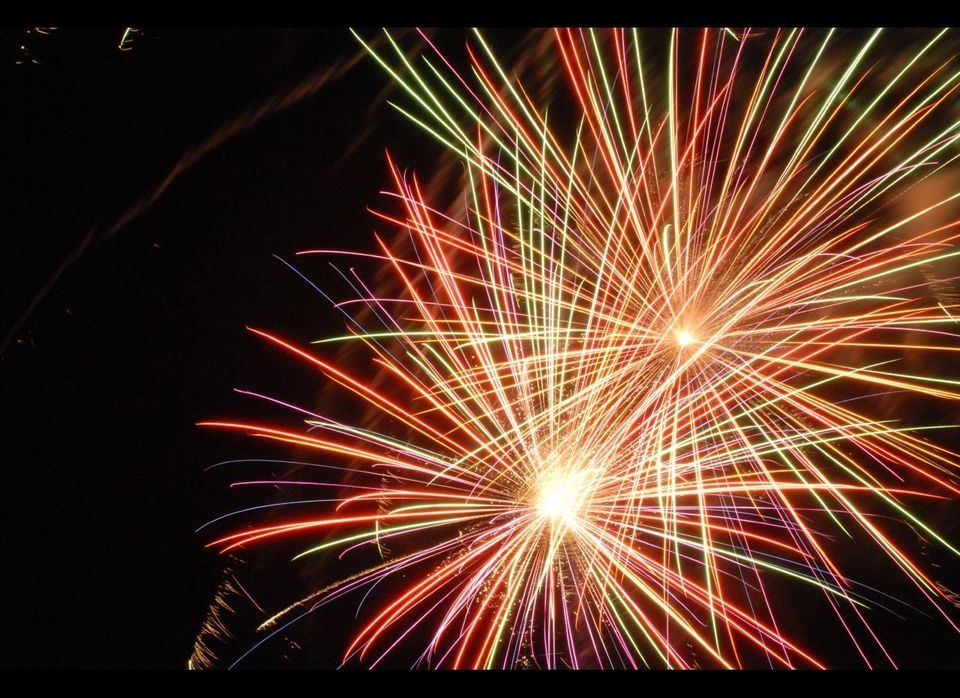 1 / 11
Fireworks
Fireworks are the quintessential Independence Day activity. But <a href="http://www.mnn.com/earth-matters/translating-uncle-sam/stories/are-fireworks-bad-for-the-environment" target="_hplink">according to the Mother Nature Network</a>, that dazzling display can take a toll on both your health and the environment: "fireworks often contain carcinogenic or hormone-disrupting substances that can seep into soil and water, not to mention the lung-clogging smoke they release and plastic debris they scatter," says Russell McLendon. <br> Discovery News reported in 2009 that scientists created <a href="http://dsc.discovery.com/news/2009/07/02/eco-friendly-fireworks-02.html" target="_hplink">nitrogen-based fireworks to replace carbon-based ones</a>, emitting less perchlorate in every pop. And according to Earth911, <a href="http://earth911.com/news/2011/10/24/indias-festival-of-lights-uses-smokeless-fireworks/" target="_hplink">smoke-less fireworks made from recycled paper</a> were used at India's Diwali festival last year. However, the nitrogen-based alternatives are expensive, and the recycled paper fireworks aren't commercially sold yet in America, meaning eco-friendly fireworks aren't available... yet. <br> For now, the best way to green your fireworks display may be to go an alternative route. Try checking out a laser show nearby, like the <a href="http://festivals.stonemountainpark.com/mini-section/default.aspx?id=5" target="_hplink">Stone Mountain laser show near Atlanta, GA</a>, or float some <a href="http://www.skylanterns.us/Premium-Sky-Lanterns-s/88.htm" target="_hplink">eco-friendly sky lanterns</a> in your backyard. If you are intent on seeing some real fireworks, keep the carbon footprint down by going to a public display instead of setting off your own.
<a href="http://www.flickr.com/" target="_blank">Flickr:</a> <a href="http://www.flickr.com/people/cedwardmoran/" target="_blank"> tsuacctnt</a>