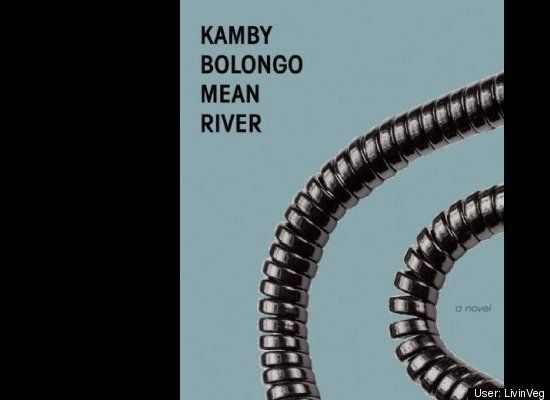 1 / 6
Kamby Bolongo Mean River
<a href="https://www.huffpost.com/social/LivinVeg"></a><a href="https://www.huffpost.com/social/LivinVeg">LivinVeg</a>:<br>Kamby Bolongo Mean River, Robert Lopez’s hypnotic second novel, is the story of a young man who finds himself confined and under observation, the subject of seemingly pointless tests. His only link to the outside world is a telephone that will not dial out. During the occasional calls he receives, usually wrong numbers, the narrator remembers his former life growing up in Injury, Alaska with his Mother, an often unemployed single parent, and his older brother, Charlie, a sometime boxer, sometime actor. Throughout the course of this extraordinary novel, the unwilling captive draws his life-story in stick figures on the walls. From the difficulty of his birth, to his sickly childhood, to adventures with his brother, the narrator depicts his crazy life, which is at once fascinating and heartbreaking. The one memory that haunts him is that of watching a movie about slaves on television and how that one slave, the one for whom Kamby Bolongo Mean River meant freedom, would never relinquish the idea of returning home. Darkly hilarious with a crushing emotional impact, Kamby Bolongo Mean River is a brilliant study of familial bonds and trauma, isolation and captivity, hope and hopelessness.