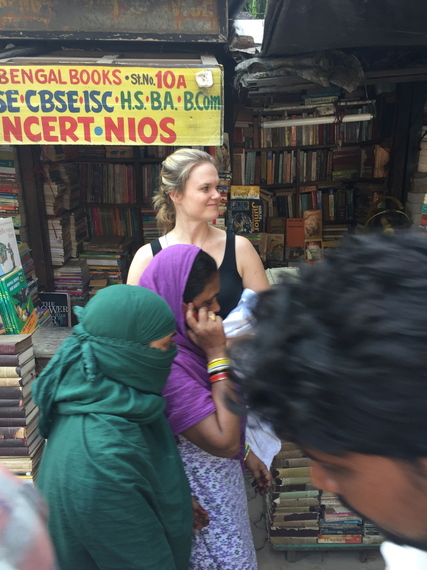 I just returned home from a trip to Kolkata, India. I expected to feel completely out of place, in a world I didn't understand. But despite the constant stares and even a request for a picture (I felt like the bearded circus lady...) I was completely taken by the beauty of the culture. It made sense. 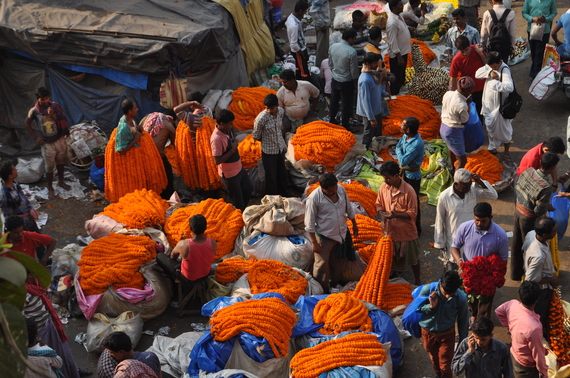 The streets are packed with people. The city, smaller in square mileage than Madison, Wisc (where I live) holds 4.5 million. If you include the surrounding areas, that number more than doubles to 10.5 million. We Madisonians check in at a few hundred thousand. 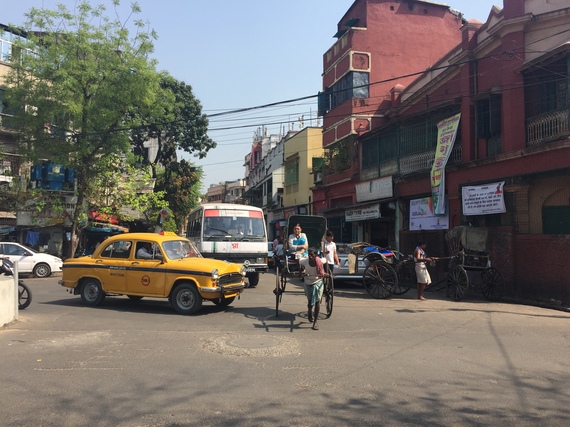 Despite the squished and hectic nature of the city, in Kolkata, people live. And they live out in the open. The streets are lined with people sleeping, cooking, bathing, worshiping, urinating, talking, working. I'm not sure what goes on behind closed doors but I get the sense it isn't anything that wouldn't happen out in the open.

The dollar feels next to gold. Taxi rides around the city come to at most, $1. Dinners for four, about $10. Vendors make their money based on quantity of sales because their mark up is next to nothing. Food is cheap. 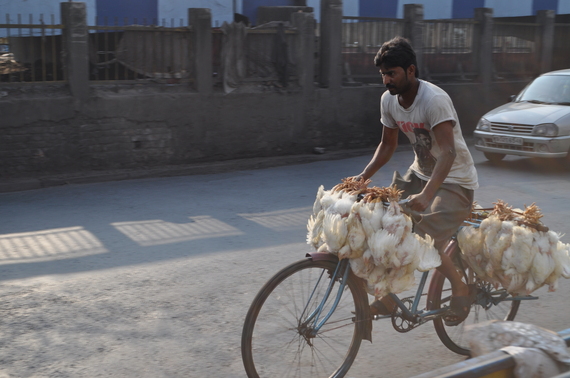 I was surprised by the question, "Do you live with your family?" I tried to explain that the answer was no. In India, families live together. Here we are focused on independence and the desire to make it on our own. There, the focus is to make it. 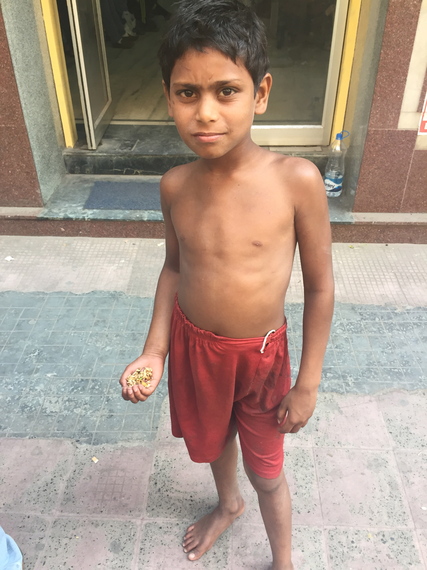 Lately I've been thinking about generational changes in the US. At my Grandpa's 81st birthday he told the story of his first college job. He was raised on a farm in rural northern Minnesota and it was a huge surprise he even made it to college. No doubt due to his work ethic. He was so busy in college, taking classes and playing basketball that his only free time to work was at night. He found a "good city job" chipping ice off the parking meters in sub zero temperatures finishing just in time to head to his morning classes. I was reminded of this story while in India. What do you do when your life depends on it? You live. You work. You make it work. You live with what is. Somehow many of us have evolved beyond living and making it work, and into some realm of false independence and comfort.

What does life depend on now? We work because we think we're supposed to. We hide in our own skin because with so many options we don't know who to be. I wonder why there is a sense of not enough in our culture of too much. 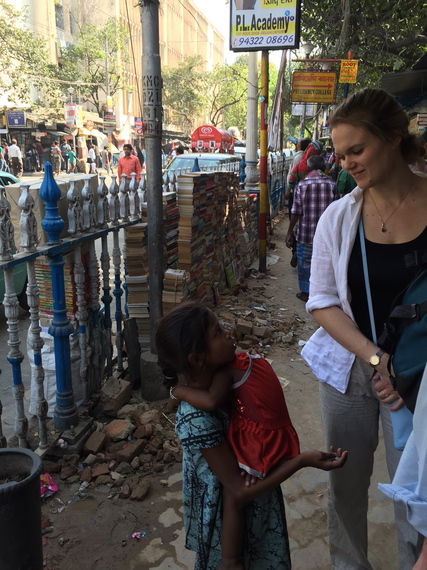 I think it has to do with a lack of purpose. We're stuffed so full but at the same time starving to feel alive. We are exploding with resources and potential so much so that the opportunity for expression and independence are haunting rather than freeing. We make and spend so much but it doesn't seem to be enough nor does it get us what we want. It's impossible to find what you're looking for when you don't know what it is.

How do we find pure purpose? Does it really take being naked and desperate to learn to live? If so, maybe we need to bathe, exposed in the street. Maybe we need to chip some ice off the parking meters in the freezing cold. Maybe we need to stop stuffing ourselves so full, taking in more and more and remember what it means to be hungry. Who are you when your life depends on it? Maybe that's the living we need.