Music legend India.Arie gets raw and real to talk starting over, inspiration and transcendental meditation. The following is an excerpt from ORIGIN Magazine.

Maranda Pleasant: What is it that makes you feel most alive?

India.Arie: I have two answers. I’m a Libra, I always have two sides of everything. The thing that makes me feel most alive is knowing that there’s something that I have to do that I’m afraid of. But I know that it’s what I’m supposed to do. Jumping in and doing that thing makes me feel most alive. I spent the last three years doing that over and over again, and before that I spent the rest of my whole life before the last three years avoiding that. I’m still afraid of things, obviously -- we’re human. But I like that feeling of being afraid. I don’t know how to explain it better than that. I know I have to do it -- I love the feeling, the afterglow. That’s what makes me feel most alive, is the afterglow after doing what I know I’m afraid to do. It just feels so powerful.

MP: What is it that makes you feel most vulnerable?

MP: I know, right? And baby, they just get better.

IA: I was laughing to myself like that because I feel like it’s the same thing. Because of what I’ve chosen to do for my work in the world, almost every time that there’s something that I’m afraid to do that I need to do, I have to do it in front of other people. It makes me feel exposed. Those things that I’m afraid to do are always about being afraid of being exposed. Every time, that’s what it’s always about. I also want to say that the thing that makes me most vulnerable is romantic relationship.

IA: When they’re new and you’re just really letting the person see you? That is hard. I told someone the other day, “I can’t do this, I don’t have the tools right now to be this vulnerable. You need to stop. I don’t want to hear about you liking me.” It was so terrible and I said it. It was honest but I said it. So terrible. That’s terrible! I can’t believe I’m saying this. 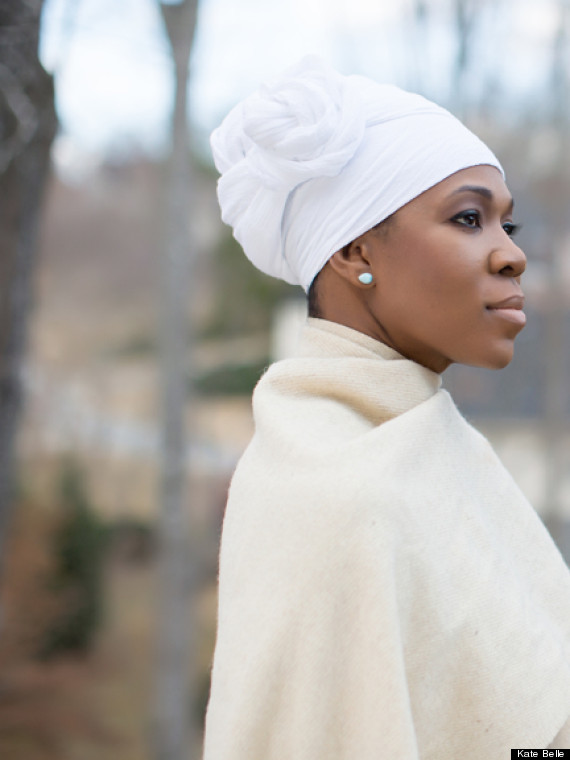 MP: So beautiful. “I don’t have the tools right now to be this vulnerable.” How soul connection is that, though? Raw and naked. How do you deal with emotional pain?

IA: Oh, shoot. That is so funny. I went through this breakdown/breakthrough, this awakening that started in ’09. Actually, it started in ’06. Between ’06 and ’09, I dealt with pain by eating. And I was like, oh, crap, eating makes you gain weight! Because I had never even had that issue. After ’09, I started dealing with my emotional pain by writing. I always had been a writer, but just not songs.

IA: I do those things, too, but they’re more of emotional balance. Because that’s always the issue for me. My life is so tumultuous. I dive into everything. I’m feeling all up and down and sleepy and moody and hormonal -- it just gets crazy. Just to keep myself balanced, I do things like yoga and meditation. I recently started doing Transcendental Meditation.

IA: There’s another style of meditation that I’ve been doing since my mid-20s. Tapping into your higher self to get a glimpse of yourself from the outside and get insight into what’s going on in your life. I learned that from my godfather in my mid-20. TM, as you may know, is completely different -- it’s about that stillness and allowing yourself to just be still and be in the stillness. Honestly, I can’t believe I just said that, because I don’t really talk that way. But that is what it is -- to be in the stillness.

The thing about TM: There are rules but there’s really no wrong way. When you start thinking, just bring yourself back. Or if you fall asleep or you need to fall asleep, just wake yourself up. I like the looseness inside of the structure. You know how you have that moment in your day when you really get hungry or sleepy or irritable, it’s almost the same time every day? When I have my three o’clock time, I’m like, “OK, I gotta go do my TM.” It’s respected. People will let you go take your space. Really taking the space inside your head to give yourself space? It’s more doable for me inside of my work day. I need 20 minutes -- everybody get out! It’s so cool.

MP: I was listening to some of your new work that they sent me -- I need more. That’s what I know. Tell me what this process was like for you. What was in you that needed to be born on this album? I love the track ["Cocoa Butter"] -- I was rubbing cocoa butter on my heart last night and I was dancing all around my house. What is it that you’re most excited about on this album?

IA: I have another album that I’ve worked on for three years. Literally at the 11th-and-a-half hour, I shelved it. It was a duet project with someone and the environment between us became incredibly toxic. I knew that for my own well-being, I had to just stop everything. It was done, the album was done, it was mixed, we were getting ready to master it, album cover photo, everything. It was done. And that was at the end of October, just the other day. I took a week to pull myself together because I was really shaky inside and really scared. What am I going to do?

After that week, I went into prayer and I started asking for answers. I was like: Show me what I’m supposed to be doing. And it was very clear. I started understanding that I want to be able to be on stage again, in fellowship with the audience and all the stuff that I love to do. To do that, I need an album, and to stop limiting myself and saying I couldn’t do it in this short period of time -- and just do it. Do it. Just go and do the album, and give yourself a finish line. I gave myself a finish line of April 1, but I didn’t make that, obviously. But I am very close to being done.

What I love most about this album is how strong it showed me I am. How much I’ve learned about music and producing music and arranging melodies over the last three years. While that other album did not come out, this album is a very clear seed planted by that album. I learned so much about what I’m capable of. And for that, I loved it.

I went into this album saying I want to write an album. My old school song writing partner who I’ve been writing songs with all these years, he said, “So what’s the message this time?” Because I always have something that I’m dealing with and I want to talk about and it’s the theme of the album. I said, “The message this time is that I’m emotionally exhausted from the last album, and I just want to write songs that are simple and that feel good and that are accessible and inspirational. That’s it.” So the first six or eight were that. “Cocoa Butter” is just that.

Then I woke up one night two weeks ago in the middle of the night and was thinking about all these things that I am feeling as a woman, and having a very unconventional lifestyle as a woman. I’ve been owning my own house since I was 24, living alone, traveling the world, never been married, I don’t have kids and all that stuff. I started thinking about those things and this whole other group of songs came out. Now I have this very simple and non-emotional and inspirational side, and this very emotional side. I’m happy about all of that, what I’ve accomplished. I love the songs and the process. It’s been hard, but I love it. I really have loved it.