Child labor is officially on the decline worldwide, but the issue is hardly abating in India.

Friday marks World Day Against Child Labor, and activists hope the awareness event will move supporters to take action in areas where kids are most vulnerable to getting exploited. Advocates are playing particularly close attention to India, where some forms of child labor were recently legalized and rates are skyrocketing in urban regions.

According to UNICEF, an estimated 28 million children in India between the ages of 5 and 14 engage in work.

But activists fear that those numbers could jump even higher after an amendment passed last month loosened the restrictions on the Child Labour Prohibition Act, The India Times reported.

The amendment allows children to work in “family enterprises” after school hours or during vacations. But those enterprises account for a whole host of work options, including helping family toil in fields and forests and getting involved in domestic work, carpet weaving and matchbox making.

While the justification behind the amendment was to engender an “entrepreneurial spirit” among children, advocates say it will just unravel years of progress for underserved kids and allow business owners to benefit from cheap labor.

"All our campaigns to end bonded child labour, starting from the 1980s, will go up in smoke,” Shamshad Khan, head of the Centre for Rural Education and Development Action, told India Times. “Schools will be emptied out and poor children…will be back to working in sheds and makeshift factories that will all go by the nomenclature of family enterprises.”

The risk of kids dropping out of school to work is of particular concern, considering that education has proven to be a key deterrent to child labor, a recent International Labor Organization (ILO) report concluded.

But kids in India, which has one of the highest child labor rates, are at an even worse advantage since the country’s schools have been scrutinized for its poor quality, according to Reuters.

Since 2000, the number of child laborers has dropped by one-third, according to the ILO, but India isn’t following that same pace.

A recent report released by Child Rights and You found that child labor dropped by a mere 2.2 percent over the last decade. According to those estimates, it would take more than a century for the country to wipe out the issue.

In urban areas, however, the practice is actually on the rise, and increased by 53 percent between 2001 and 2011.

To finally break the vicious cycle, the ILO is calling for improved access to quality education.

Specifically, the organization is pushing for free, compulsory education for all children, at least until they reach the minimum age for employment and providing opportunities for children who were forced to work and missed out on their education.

The organization is also urging the international community to spruce up failing schools where impoverished kids are subjected to overcrowded classrooms, untrained teachers and schools that are a preclusive distance away.

“It is clear that the persistence of child labour remains a barrier to progress on education and development,” the ILO wrote in a statement. “If the problem of child labour is ignored or if laws against it are not adequately enforced, children who should be in school will remain working instead.” 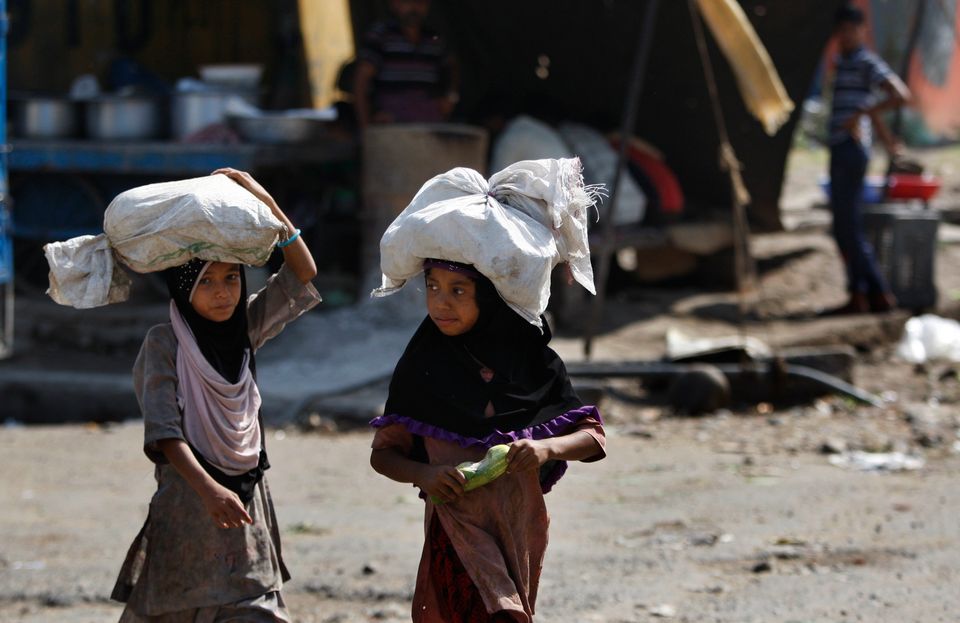 1 / 9
India Child Labor
Indian child laborers carry sacks of vegetable leftovers collected from a wholesale market to be sold in their shantytown, on the World Day against Child Labor, on the outskirts of Jammu, India, Friday, June 12, 2015. Despite the country's rapid economic growth, child labor remains widespread in India, where an estimated 13 million children work, with laws meant to keep kids in school and out of the workplace routinely flouted. (AP Photo/Channi Anand)
Channi Anand/AP