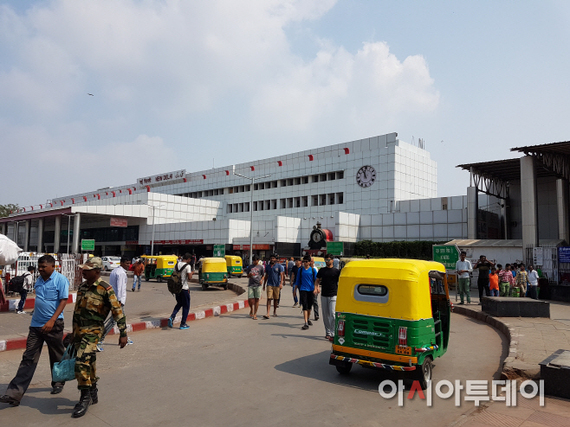 [I headed to Delhi Railway Station to meet the so-called 'terminator' train./ Photographed by Jeong In-seo]

By Jeong In-seo, New Delhi correspondent, AsiaToday - The Indian government has launched a specialized 'terminator train' to combat dengue and chinkungunya that are still rampant in India.

Chikungunya and dengue are febrile diseases which are transmitted to humans through the bite of an infected mosquito. They causes fever reaching up to 40 °C. Other symptoms include sever joint pain, headache, muscle pain, and rash.

I headed to the New Delhi Railway Station, the hub of Indian train station on Saturday.

While heading to the station by taxi, I heard what Indian health minister Rajendra Jain was saying on the radio. He said, "The Indian government is making efforts to prevent the spread of chikungunya and dengue. But people should still be careful." He added, "Patients should visit the hospital and take medication that are appropriate for their symptoms." The advertisement was 30 seconds long and I heard the same advertisement twice on my way to the train station. 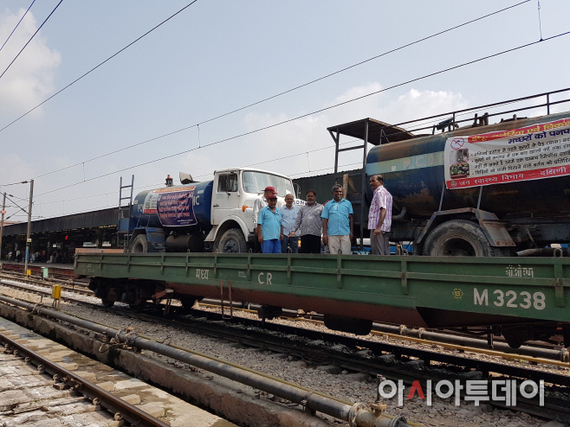 [A specialized 'terminator train' is pressed into service to spray insecticide on water bodies along the track to curb mosquito breeding./ Photographed by Jeong In-seo]

The train platform 1 of the New Delhi Station was full of crowds. And an exceptionally unique train stood out. The train was carrying two trucks and a team of people was moving busily. It was the 'mosquito terminator.'

The 'terminator train' is launched by the Indian government to curb mosquito breeding. Spray trucks mounted on the wagon sprays insecticides to sanitize the water bodies along railway tracks.

An administrator working in the terminator train said, "The train is operated for four hours a day. We fill pesticides in the truck and we sanitize the water bodies along railway tracks from Delhi to Gurugram. We have been running the train for more than ten years, but people are unaware of this. We are doing our best to catch mosquitoes." 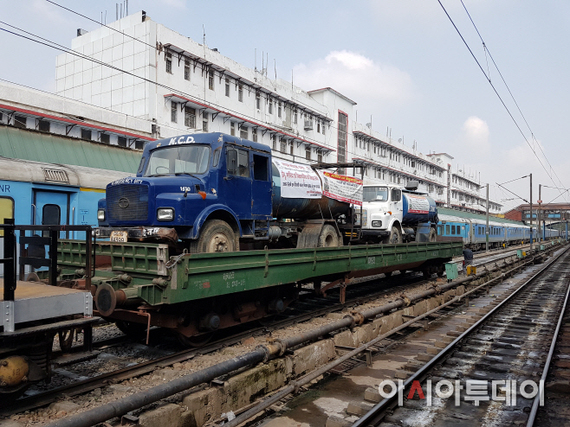 [The mosquito terminator train is operated for four hours a day. It sanitizes the water bodies along railway tracks from Delhi to Gurugram./ Photographed by Jeong In-seo]

When I asked to the administrator if I could take the terminator train, he refused, saying, "The general public cannot take a ride because the pesticides are poisonous." Then the train departed immediately.

I got into an auto rickshaw to move to a nearby hospital. When I asked questions about dengue and chikungunya to the driver, he was very concerned saying that it was a serious problem. Mr. Kailash, 45, said, "The son of my colleague died from dengue. It was very sad. Many people die from dengue fever every year. There should be other ways apart from sanitation." When asked about 'terminator train', he replied, "I'm doubtful of it because of its narrow range of sanitation." 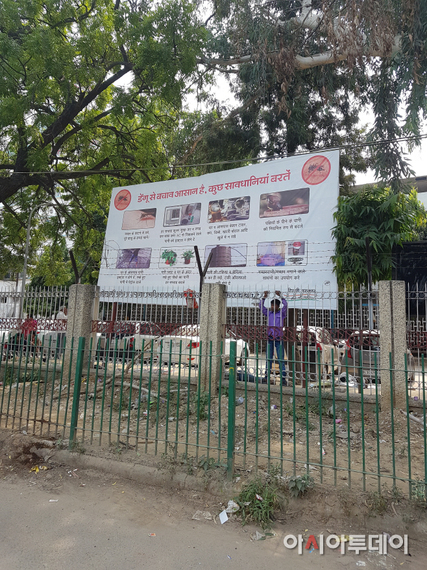 [Warning messages on chikungunya and dengue that are frequently seen in India./ Photographed by Jeong In-seo]

In fact, many local media outlets point out that the sprayers can sanitize up to a distance of 60 meters from the tracks, but they are harmful for the environment due to their toxic substances and that they cannot sanitize large areas. 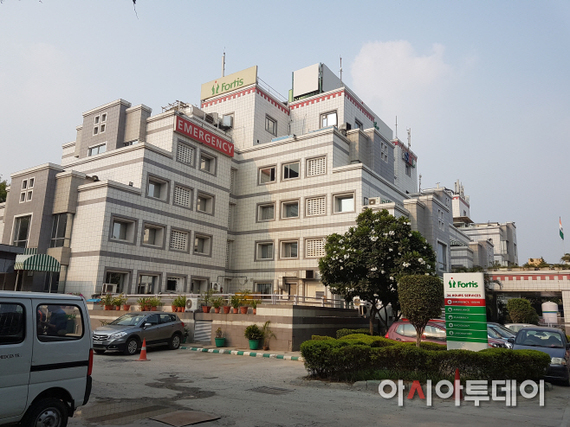 [A private hospital in Vasant Kunj in Southwest Delhi. Patients of chikungunya and dengue can be seen easily in the emergency room and waiting room./ Photographed by Jeong In-seo]

I was able to meet a chikungunya patient in a private hospital in Vasant Kunj in southwest Delhi. Mr. Jarhir, a 30-year-old taxi driver, showed me the red dots all over his body, and said, "I left work for 15 days because of chikungunya. All of the three roommates that live with me are suffering from chikungunya. There were many dirty places and water bodies near my house and I was probably beaten by a mosquito born in one of those sites." 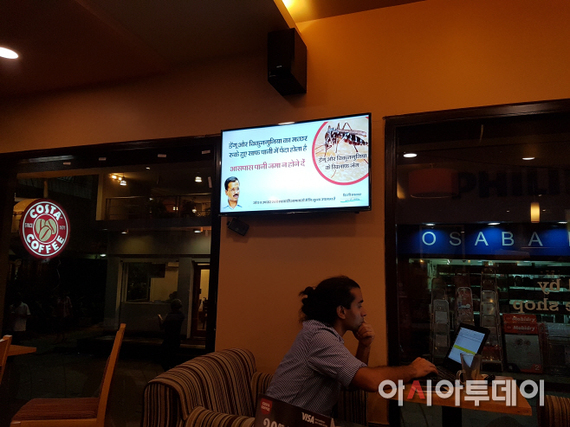 [A warning advertisement about dengue and chikungunya by Delhi government can be seen in a typical coffee shops and stores. In the advertisement, Delhi state governor Arvind Kejriwal warns of chikungunya and dengue./ Photographed by Jeong In-seo]

The Hindustan Times (HT) reported on Saturday at least 1,500 cases of chikungunya and 1,378 cases of dengue have been reported in the city so far. The newspaper said it's hard to determine the exact number of patients because there are many patients who do not receive treatment due to expensive hospital bills.