BHUBANESWAR, India, Sept 12 (Reuters) - India successfully test-fired for a second time a nuclear-capable missile on Sunday that can reach Beijing and much of Europe, bringing a step closer production of a weapon designed to strengthen its nuclear deterrent.

"The test was successful," said Ravi Kumar Gupta, spokesman for the Defence Research and Development Organisation (DRDO). "It hit the target in a predefined trajectory. It met all the mission objectives"

A video distributed by the DRDO showed the Agni-V rocket blasting off from a forest clearing on an island off India's east coast state of Odisha.

India is trying to keep up with China's growing military strength and wants to have a viable deterrent against its larger nuclear-armed neighbour.

The two countries have generally warm relations, but they fought a brief Himalayan war in 1962 and a build up of conventional defences along their disputed border is a source of tension.

The Agni-V is the most advanced version of the indigenously built Agni, or Fire, series, part of a programme that started in the 1960s. Earlier versions could reach old rival Pakistan and western China.

The think-tank said in a report the race with Pakistan was increasing the risk of a nuclear exchange during a conventional conflict, perhaps sparked by an act of terrorism.

The Agni-V missile was first tested in April 2012. It is mostly domestically built and has a range of about 5,000 km (3,100 miles). Only the U.N. Security Council permanent members - China, France, Russia the United States and Britain - along with Israel, are believed to have such long-range weapons.

Gupta said India was now ready to start a process of production and subsequent induction of the missile. (Writing by Anurag Kotoky in NEW DELHI; Editing by Frank Jack Daniel and Robert Birsel) 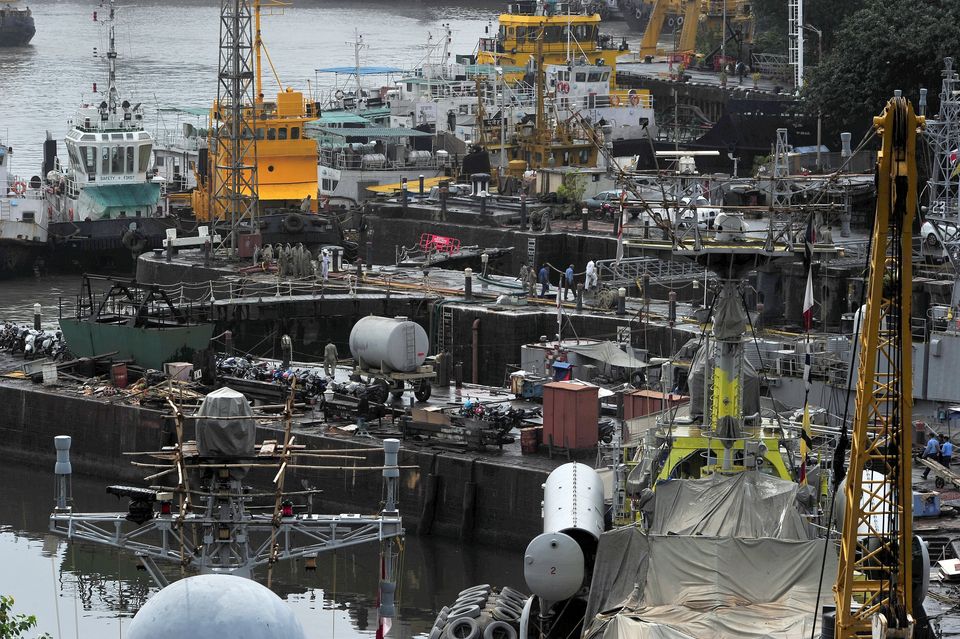 1 / 10
A general view is seen inside the Naval Dockyard in Mumbai on August 14, 2013. (INDRANIL MUKHERJEE/AFP/Getty Images)
Getty Images