NEW DELHI ― The worldwide swell of nationalist fervor notched up a curious victory last week when India’s Supreme Court, once seen as a bastion of liberalism in a land of passionate political contention, issued an “interim ruling” making it compulsory for all movie theaters to screen a picture of the national flag and play the national anthem, and for all movie-goers to stand while this is done.

The ruling, delivered by a two-judge bench, somewhat officiously declares that the “time has come … when the citizens of the country must realize they live in a nation and are duty bound to show respect to [the] National Anthem, which is the symbol of Constitutional Patriotism.” The “time has come” part is a gratuitous acknowledgement of contemporary political currents, which the court has traditionally claimed to look beyond. But what is the basis for implying that Indian citizens do not already “realize they live in a nation?” And how odd it is that a movie theater has been changed from a place to show movies to one where you must “show respect” to the symbols of the state!

The court’s ruling has transformed an ordinary citizen’s love of his country into a “duty” to the state, the Constitution from an embodiment of the ideals of freedom to a coercive instrument and the movie theater from a place of entertainment to a venue for demonstrating patriotism. Predictably, the ruling party has embraced the judicial decree, since it fits in with the government’s active promotion of “nationalism” as a glue to hold all Indians together to a common, officially approved set of behaviors.

The court's ruling seeks to promote a sense of duty to the current government rather than affection for the idea of the nation.

Perhaps unsurprisingly, the triumphant Trumpists in the United States have embarked on a similar course of action, with Trump himself proposing a penalty ― including possible jail time or loss of citizenship ― for burning the American flag. In the U.S., the Supreme Court has tended to lean in the other direction, having already issued two rulings that protect the act of flag burning as a form of free speech. But once Trump has appointed a couple nominees to the current and expected vacancies on the court, who is to say if those rulings will stand much longer?

The global rise of officially mandated nationalism is a surprising phenomenon of our times. The century began with globalization seeming unstoppable, national boundaries appearing ever-more permeable and states surrendering more and more of their sovereignty to supra-national organizations like the European Union, to regional and global trade pacts refereed by the World Trade Organization and to international legal institutions like the International Criminal Court. Few could have foreseen such an abrupt reversal of this trend halfway through the second decade of the century.

India is a country that has gained from abandoning its post-colonial autocracy and from lowering protectionist barriers that restricted foreign investment and reduced trade. Along with this greater openness to the world has come a broader receptivity to prevailing international norms in everything from business culture to permissive sexual behavior – and to subsuming patriotism within a broader liberal internationalism. That is now grinding to a halt.

The global backlash against the forces that have defined the first decade and a half of the 21st century has taken on a nativist hue everywhere. In Europe and America, this has involved racist hostility to immigrants and minorities (whether ethnically or religious defined). In India too, the ruling party rose through demonizing Muslims and stigmatizing political and social dissenters. Since such negative messaging requires a positive counterpart, nationalism has filled the breach, as a majoritarian narrative has sought to subsume each country’s diverse political tendencies into an artificial mandated unity masquerading as patriotism.

Globalization had promised a world of dissolving differences and ever-expanding freedoms that would embrace and include everyone. Today’s reactive nationalism heightens differences, emphasizes singular virtues associated with a politically defined people and seeks to instill loyalty and commitment to the state and its emblems. This is where the national flag, the national anthem, the lapel pin and reverence for the military all come in.

They seek to promote a sense of duty rather than affection for the idea of the nation, and compliance with the prevailing governmental narrative rather than freedom for each citizen to interpret national loyalty in her own way. Thus “respect” for the anthem and the flag becomes a code for obedience to the state. Conformity is the new badge of allegiance.

Conformity is the new badge of allegiance.

These are troubling and potentially dangerous developments. The idea of the nation as an inclusive community of all citizens, one that allows each individual to shelter under the constitutional carapace and to pursue his or her own ideas of happiness, free from the stipulations of others, is being tossed aside in the name of a higher patriotic duty to an officially sanctioned version of nationalism. This is reminiscent of the same slippery slope down which Italy and Germany slid into fascism and Nazism in the 1920s and 1930s. Such fears may be exaggerated in today’s democracies, with modern means of communication and thriving free media. But complacency is no longer an option.

Ironically for Indians, our national anthem was authored by Rabindranath Tagore, a universalist and idealist who wrote, “Patriotism which claims the right to bring to the altar of its country the sacrifice of other people’s rights and happiness will endanger rather than strengthen the foundation of any great civilization.” Tagore was no unthinking nationalist. Today, nationalism is being invoked to sanctify his verses and put them beyond the reach of dissenters.

Recently, a wheelchair-bound movie viewer was berated and cuffed at a theater by an ultra-nationalist in the audience who objected to him not standing for the national anthem. Many proud patriots are all too willing to embrace the official narrative and demand conformity from the rest. Now that the Supreme Court has joined the parade, we have all been warned. 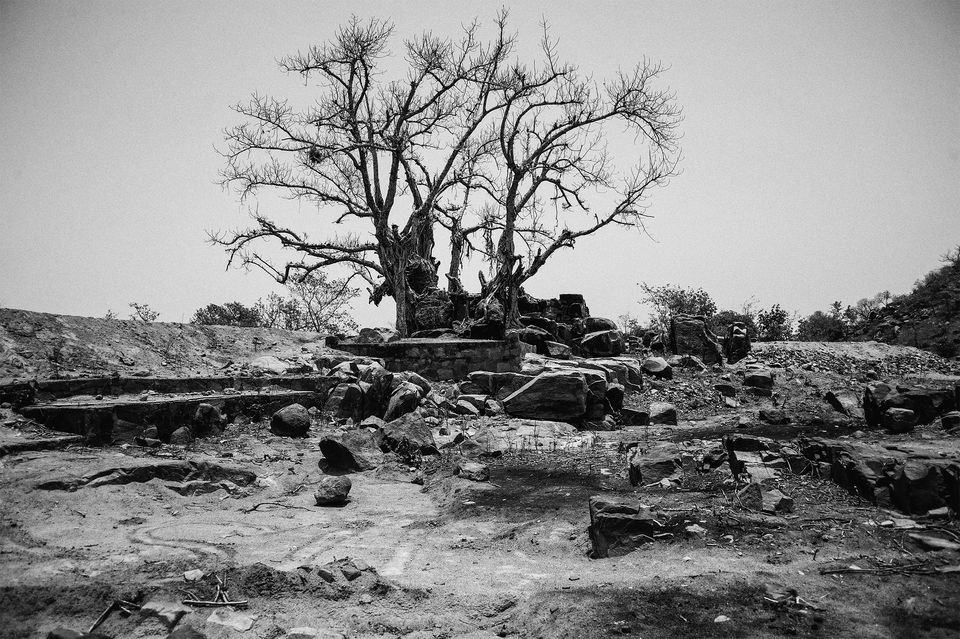 1 / 14
Dead trees haunt Bundelkhand's landscape, a stark reminder of the brutal affect that the drought has had on the land and its people.
Vivek Singh for The WorldPost