While living and working in my comfortable American cocoon in December of 2012, I vaguely remember hearing about an Indian girl named Jyoti Singh Pandey, who was brutally gang-raped on a Delhi bus. My immediate reaction was: "Poor girl... what is happening to my country of birth!" But I did not give it another thought.

I vaguely remember seeing images of Delhiites being water-hosed by police while rioting for "Nirbhaya," an assignation that means "Fearless One," given to Pandey by the media as authorities would not release her name. Again, mild sympathy followed by... not another thought.

No outrage, no outburst, no outpouring... not until May 2015, exactly two-and-a-half years after Pandey's death. 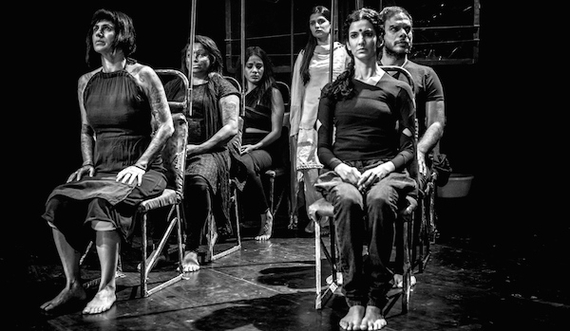 I had the privilege of watching the New York premiere of the critically-acclaimed play Nirbhaya, written and directed by Yael Farber and produced by Poorna Jagannathan and Culture Project. So moved was I by the true stories of gender-based violence, set against the backdrop of Pandey's horrific gang-rape and re-enacted on stage by the survivors themselves, that I left the theater in complete silence, with a mild headache and bloodshot eyes from the sheer force of my tears. I had never in my adult life, been more cognizant of my good fortune, my male privilege, my American cocoon.

When I heard about the screening of a documentary film titled Daughters of Mother India (DOMI), already sold out at the upcoming New York Indian Film Festival (NYIFF), I was somewhat intrigued, having just had a strong dose of Nirbhaya's story. As soon as I read that the movie had won the National Award, the country's highest film honor bestowed by the President of India, for "Best Film on Social Issues," I squirmed my way into the second screening, still wary that a documentary about this subject matter could not possibly affect me the way a live performance did. I was grossly mistaken. 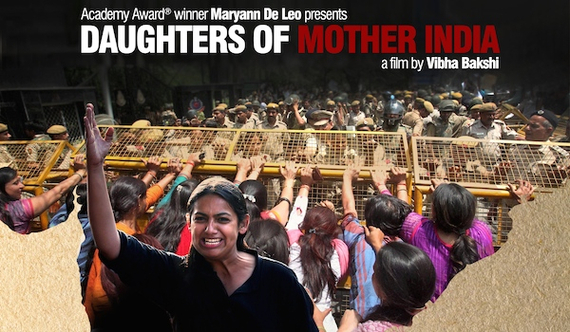 Former CNBC business reporter turned documentary filmmaker, Vibha Bakshi, sets out on a quest in which she is "searching for answers to so many questions." On the surface, the narrative revolves around a series of sound bites from sociologists, victims' advocates and senior law enforcement officials ALL reacting to Pandey's rape and pontificating on how it might have been prevented. If you dig much deeper, though, this documentary is representative of India's side of Nirbhaya's story: a story filled with resolve, activism and hope. 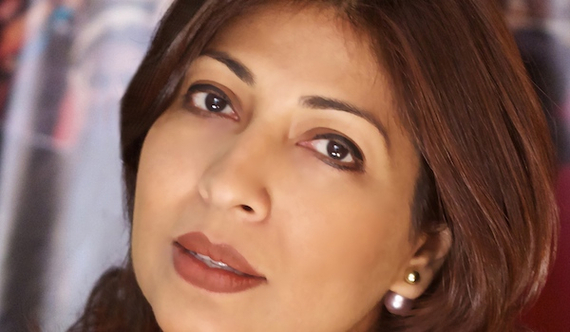 In a sit-down interview with Bakshi after her film, she talks candidly about DOMI being a small documentary that has started a revolution of sorts.

I never expected when I was making this film that it would receive the kind of praise and recognition that it has received thus far. My goal was to make a responsible movie that did not sensationalize the issue of gender violence, and the fact that people are connecting to it from all walks of life is very heartening. 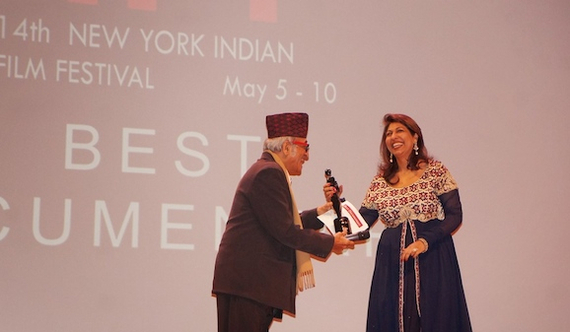 MY connection to the film formed when Bakshi gives us uncensored access into the Dehli Police control room, where all emergency calls are taken, and we learn that women police officers are now taking calls specifically from victims of rape, sexual assault and domestic violence because of the drastic increase in the number of women coming forward in the wake of the Nirbhaya tragedy. Trained law enforcement officers are metaphorically wearing the hats of gender violence advocates. 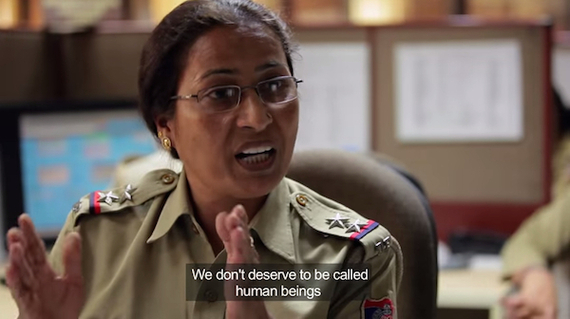 These scenes, masterfully edited by Hemanti Sarkar, brought back vivid memories of when I worked at the National Domestic Violence Hotline in Austin, Texas. Those brave domestic violence advocates went through months of training before they were allowed to take a victim's call on their own, but these women police officers were forced to cope with life-threatening situations during call after frantic call, all in an attempt to prevent one more woman from being called "Nirbhaya."

The toll that similar tragedies have taken on the police has been skillfully captured by Bakshi in a trio of three-minute public service announcements (PSAs) featuring a dozen or so policemen and women, all of whom investigated some of the most brutal incidents of sexual assault in Mumbai over the past two years. These PSAs will start broadcasting in movie theaters all over India before feature films. "I created the police campaign to bridge the gap between the public and the police," responds Bakshi via email. "These men and women are also human beings, and one of the policemen who watched the PSA said he wants to 'live up to the people's expectations.' It is about time that the Indian janata (public) give our law enforcement the respect they deserve." To watch one of the PSAs (in Hindi only) from Bakshi's police campaign, please click here. 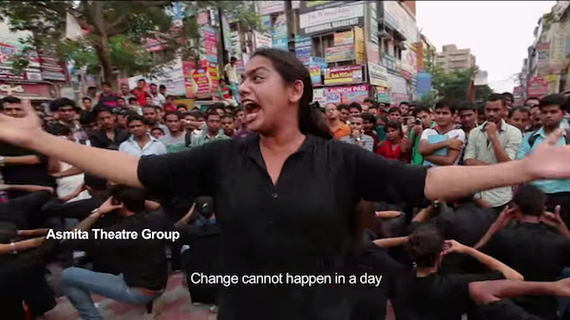 However, as this actress screams from the top of her lungs at a public performance in a busy Delhi market, "Change cannot happen in a day!" When will Delhi no longer be referred to as the "Rape Capital of the World?" That is yet to be determined. But, in just 45 engrossing minutes, Bakshi manages to weave in how gender violence laws are stricter, police are more vigilant and activist groups are more vocal... all because the "fearless one" sacrificed her life.

As a feminist male, a victims' advocate and a survivor of childhood domestic violence, my thoughts are consumed by the fate of that Indian girl on a Delhi bus. Daughters of Mother India has helped open my eyes, which now glisten with hope.

Daughters of Mother India is a 2015 Indian documentary film, which won the National Award. It is directed and produced by Vibha Bakshi and executive produced by Academy Award-Winner MaryAnn De Leo.

Jitin Hingorani is a journalist and publicist who runs his own PR and events management company, JINGO Media, in New York City and Dallas. He recently founded and produced DFW's first-ever South Asian Film Festival (www.dfwsaff.com).