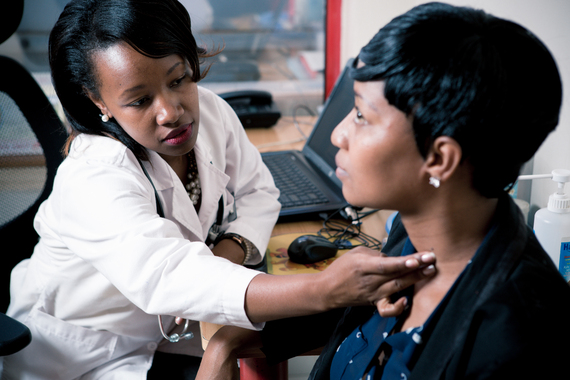 Over the last decade, patients from Africa have flocked to various parts of the world in search of medical treatment, driven by factors such as inadequate healthcare infrastructure at home, growing incidence of non-communicable diseases, and higher disposable incomes. Nigerians alone spend a billion dollars a year seeking medical care abroad.

However, an interesting twist to the tale is starting to emerge. Major healthcare providers, particularly from India, are establishing operations in Africa, often partnering with local players. This year alone, publicly-listed Indian operators including Narayana Health and Health Care Global have announced such plans, while others like Fortis and Apollo have been active for several years.

In a continent that bears 25 percent of the world's disease burden but has only 3 percent of its healthcare workers, the increasing interest of high-quality international operators in Africa is a welcome development. Many of these new ventures are in the Sub-Saharan region, which is seeing a surge in non-communicable diseases like diabetes and related complications such as cardiac and renal conditions that require chronic and increasingly specialized care.

While large sections of the population continue to depend on the public healthcare system for these treatments, there is a growing middle class that is willing and able to pay for healthcare in private facilities. This has created a thriving hospital sector across most of the large economies in Sub-Saharan Africa. Hospitals such as Aga Khan in Nairobi, Kenya, Nakasero and IHK in Kampala, Uganda, and Lagoon and Redington in Lagos, Nigeria have emerged as quality providers of secondary and tertiary care.

As these hospitals look to scale up, several have received private equity capital and have established partnerships with international players. IHK and Lagoon, for instance, have secured investment from, and are managed by, Ciel Healthcare, a partnership between the Mauritius-based Ciel conglomerate and Fortis Group, a leading hospital operator in India. The partnership's broader goal is to develop a pan-African healthcare group. IFC is an investor in the venture, along with Proparco, the private sector arm of France's development agency; the Africa-focused Kibo Fund, a private equity instrument; and Investment Funds for Health in Africa.Other examples include the Seattle-based Columbia Pacific investment management firm and India's hospital chain Narayana Health, who have also established toeholds in Africa, with each expanding operations to Nairobi. Narayana is partnering with leading Kenyan cardiologists and investors, including IFC and global investment firm The Abraaj Group, to start a low-cost heart hospital in Nairobi. Columbia Africa has established a top-of-the-line primary and diagnostics clinic.

This trend is visible in the public sector too, with the African Union and Indian government actively encouraging cross-pollination of ideas and people. A great example is the Pan-African e-Network Project. Funded by the Indian government, the project aims to build a network of 159 VSAT (satellite) stations across public hospitals in Africa to provide tele-education to 10,000 medical and paramedical staff across the continent over five years.

The Indian and Kenya governments have also been collaborating to strengthen Kenya's ability to combat cancer, a disease which kills approximately 20,000 Kenyans a year. During the recent visit to Kenya by Indian Prime Minister Narendra Modi, it was announced that the two governments will support construction of an oncology hospital in Nairobi.

The private operators demonstrating interest in Africa have a long tradition of treating patients and interacting with doctors there. It will be intriguing to watch how they adapt and evolve to meet the specific challenges of the markets they choose to enter. When expanding into a developing market like Sub-Saharan Africa, companies might not have to reinvent the wheel. They can learn from business models and best practices that have already proven to work well in emerging economies.

But rather than copy-paste such successful models, it will work best if they partner with reputed local players who can help them adapt to the market and cultural mores, thus, getting the combined benefits of local knowledge and global expertise.

It is equally important to support and foster local clinical and management talent over the long-term to ensure sustainability of the model. While the overall impact will become clearer over time, we can already say that the trend holds great potential for transferring relevant knowledge, increasing available healthcare choices for patients, and lowering costs.