A transformer failure and fire at Indian Point Energy nuclear power plant in Buchanan, New York sent smoke into the air and prompted the plant operator to shut down the impacted unit on Saturday evening.

Indian Point Energy said that there were no injures and that there was no threat to public safety. All systems had worked as designed during the shut down, the plant operator said.

The operator did not provide any information on what caused the failure and fire, according to Reuters.

Around 6 p.m. EDT, reports on social media indicated that sirens were going off and smoke could be seen in the air around the facility, which sits on the Hudson River approximately 50 miles north of New York City.

At a wedding at #monteverde at old stone and just watched an explosion happen at #indianpoint nuclear power plant. Should I be concerned?

We just witnessed a huge explosion and smoke at Indian point nuclear plant across the Hudson. Anyone know what's going on?

Let me rephrase. It was a huge black ball of smoke and alarms went off immediately. We pulled over it was as good of a pic as i could get.

HuffPost was reaching out to local authorities and managers of the site for more information.

Buchanan Police confirmed there was no emergency threat from the explosion and resulting fire, according to WNBC.

"Indian Point is in safe, stable condition following transformer failure. No danger to community or employees at any time," the plant said in a statement. "All Indian Point emergency systems worked as designed; No threat to public safety at any time."

The incident forced the plant's Unit 3 reactor to be shut down, but the plant's other reactor was still operating, Entergy spokesman Jerry Nappi said. The reactor was not damaged, he added.

Entergy said the transformer that exploded explosion and caught fire was located outside of the plant, but was within the security perimeter, according to David Lochbaum, the Director of the Nuclear Safety Project at the Union of Concerned Scientists.

In 2010, the plant south of Peekskill was shut down after transformers exploded. No one was hurt in the incident.

"Transformer explosions are not uncommon -- they happen roughly three or four times a year across the industry," Lochbaum told WNBC. 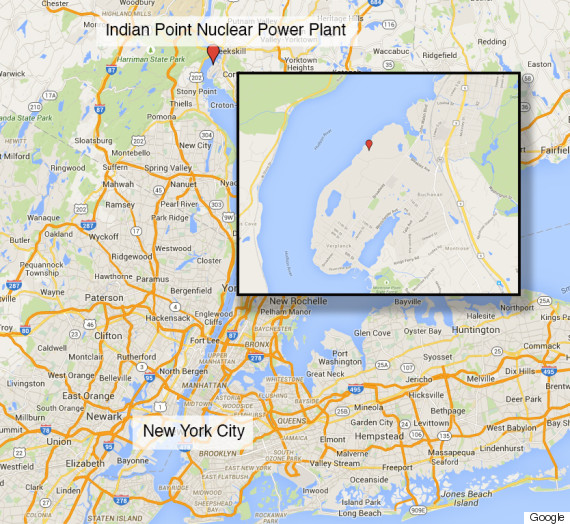 The Indian Point Energy Center is owned and operated by Entergy Corporation, according to the plant's website, and provides up to 25% of the electricity for New York City and Westchester Country. 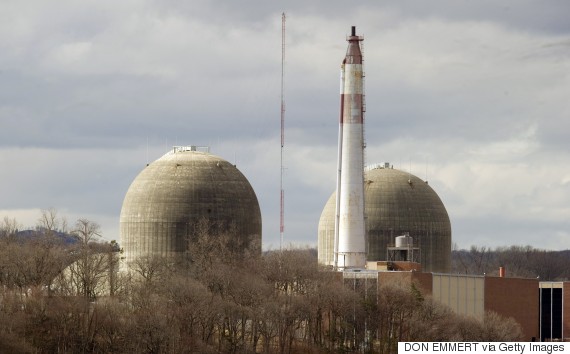 The Indian Point Nuclear Power Plant on the banks of the Hudson River March 22, 2011 in Buchanan, NY.