Pressed for funds to cover the cost of building the controversial Interstate 69 extension through southern Indiana, the Indiana Department of Transportation wants to cut corners by running a causeway across the floodplain of the East Fork of the White River. That would essentially dam the wide floodplain and increase flooding upstream after heavy rains, filling the cornfields that grow along the river.

Here are the damning details: InDOT plans to build a triplet of bridges across the river and two small adjacent streams. The bridges add up to only a quarter of a mile. The floodplain itself is more than two miles wide. The causeway -- a highway built on a ridge of rock, dirt, and possibly more pernicious substances -- would make up the difference. It would be nearly two miles long and up to 25 feet high and 500 feet wide.

Compare this rickety plan-on-the-cheap to the plan for the nearly mile-long bridge across the entire floodplain of the Patoka River just to the south--the product of a deal I described in my last post. There, the U.S. Fish and Wildlife Service agreed not to oppose the highway through a national wildlife refuge if InDOT would listen to the FWS's advice on reducing harm. The long bridge that came out of that deal will allow floodwater and wildlife to pass under the highway unimpeded.

Not so on the East Fork. The causeway there would hold back the floodwater, which would rise higher and last longer, damaging or destroying crops planted in the floodplain. "This thing has the design of a disaster," said farmer Jim Gillooly (whose land lies immediately upstream from the bridge), speaking out at a hearing on a state permit for the project. Of the local residents who gathered in the annex of the public library in Petersburg, a little southwest Indiana town near the crossing, none seemed to think the plan was a good idea.

Neither does Indiana University geology professor David Polly, who pointed out to me that building a causeway across the floodplain would narrow the channel available for floodwater to pour through. That would speed up the water, giving it force sufficient to undermine the very structures used to narrow the channel. In other words, the causeway might be the cause of its own destruction.

InDOT acknowledges that building the causeway could result in floods that are higher than the state Flood Control Act allows. But the Act opens this loophole, which the state is wiggling right through: a project can lead to floods above the permitted levels if a flood easement -- which gives the state the right to flood land -- is "secured and recorded with the county recorder." InDOT is now sending landowners letters offering to buy flood easements for 92 parcels upstream from the bridge. 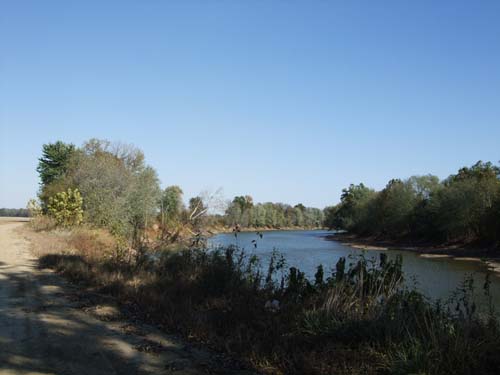 Buying easements may be more of a challenge than InDOT thinks. One landowner who turned up at a recent Oakland City session to learn about the legal ins and outs of easements had his doubts about how to put a price on the damage from future flooding. "God himself would not be able to figure this out, because I'm about two or three miles from where that bridge is going to be, and boy, you know you've got to be pretty sharp to figure out what that flood's going to do two or three miles upriver."

A lawyer brought in by the Hoosier Environmental Council to speak to the landowners who had gathered over pizza in the little community center agreed that was hard. But with the help of a good lawyer and a good hydrologist, they could make a try. "You only get one bite out of the apple," said HEC's Steven Meyer. "They're only going to pay you one time."

Where Will the Money Come From?

Will the farmers along the East Fork dig in their heels to get just compensation for their future losses? If landowners refuse to make deals on flood easements, InDOT would have to go through condemnation proceedings, which would slow construction down and maybe even make the state rethink its plan for a short bridge and a long causeway.

The best environmental practice, actually, would be for InDOT to buy the threatened floodplain property outright and let it return to nature, as Todd V. Royer, an Indiana University professor who specializes in water resources, suggested to me. "From an environmental perspective, it would undoubtedly be best to stop farming the floodplain and return it to native vegetation."

Buying the farmers out would, of course, cost a lot more money than buying easements, and money is something that the state of Indiana doesn't have enough of. In fact, the highway's most vigorous statewide opponents, HEC and Citizens for Appropriate Rural Roads, have long argued that InDOT lacks the money to complete I-69 without crippling maintenance of existing Indiana highways and bridges.

Both HEC and CARR's Tom Tokarski, who has been fighting this highway for more than 20 years, believe if the rest of the state understood that state and federal gas tax money going into I-69 will be money unavailable to fix crumbling roads and bridges elsewhere, they would protest. To that, one listener at the Oakland City meeting remarked, "Those people don't have a dog in this fight that they can see, but they really do."

Is This a Done Deal?

Meanwhile, InDOT is doing what it can to convince Hoosiers that the highway is a done deal. Possibly under the pressure of Governor Mitch Daniels' presidential ambitions, the state has even sped up the target date for completion. The state has actually signed a contract with Force Construction Company to build the East Fork bridges (but not the causeway) for nearly $15 million, less than half the $35 million leading bid for the Patoka River bridge. And the state has already bought four homes on a hill just above the site for the bridge. I drove there and saw them, still neat as pins but empty -- no cars in the driveways, no signs of human life.

I also drove along the edge of the flat bottomland where the bridge would be. Near the line of trees along the bend of the river, several construction workers were already out with surveying equipment and three motorcyclists keeping them company. "Is this where the bridge will be built?" I asked. "Yes ma'am," they said.

You would think that it was a sure thing and that a couple of years from now the roar of semis would replace the chorus of birdsongs I heard when I turned off my car engine. Yet the East Fork bridges still need permits from two state agencies and the U.S. Army Corps of Engineers. A second state water permit hearing is coming up November 10 in Petersburg to accept more comments about how the East Fork project would affect flooding, human safety, and fish, wildlife, and plant resources. I expect a good turnout.

Once permits have been granted, they can be appealed, and probably will be. It is even possible that the Federal Highway Administration will wake up to its obligation to assess the Indiana design critically.

To spread the word that I-69 can still be stopped, HEC and CARR have encouraged opponents to call politicians and write letters to the editor. But one fellow at the Oakland City session had a more dramatic idea.

"Over in France they're having riots over two years' retirement age -- they're turning up cars and burning them and everything. We wouldn't do that, but surely we could be heard maybe better than we are."

If the East Fork farmers take their signs to the statehouse, those of us concerned about the level of environmental and economic damage this entire highway would inflict on the state will be by their side. That's a promise. 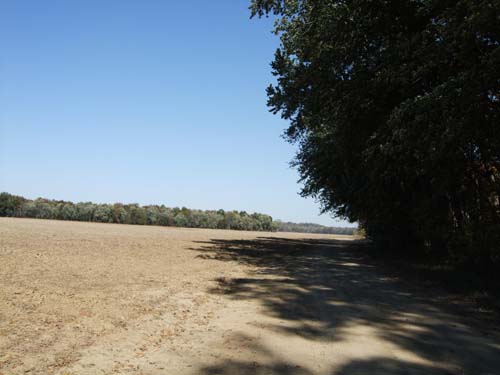