This week in the world of artistically-gifted quadrupeds, a certain Indiana-bred Friesian horse has caught the attention of the Internet world. He's no Pic-ass-o, but he's already garnering comparisons to Jackson Pollock. 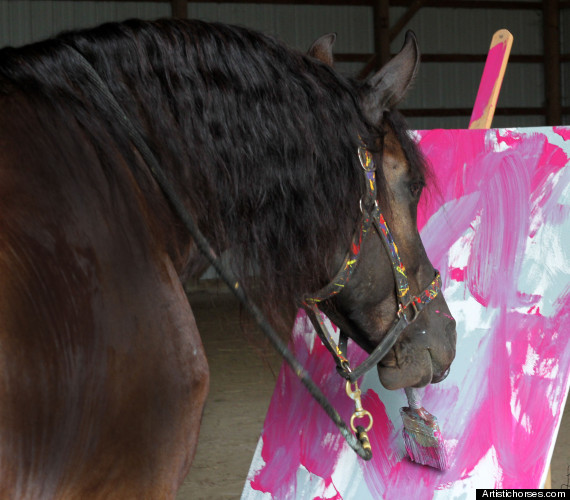 According to WDRB news, the paintbrush-wielding animal uses his large, horse-sized mouth to create abstract and Impressionist paintings that have sold for upwards of $2,500. The talented horse named Justin has attracted interest from art collectors in countries across the globe.

A commercial artist named Adonna Combs discovered Justin's talent two years ago, noticing the clever horse would often steal her riding whip and use it to draw in the sand, WQAD reports. So, like anyone who is aware of the mass appeal of anthropomorphic creatures, Combs soon added a brush to the end of the whip, positioned Justin in front of a canvas, and let the horse get to work. The nine-year-old steed reportedly went from ornery pet to painterly genius in a matter of moments.

"It just made sense to tie a brush on the end of the whip, so I did," remarked Combs to WDRB. "And to my surprise he kept painting. He kept making those brush strokes."

This past weekend was Justin's first exhibit at his home studio in Columbus, Indiana. He showcased an array of multi-colored pieces, including one primarily red painting that arguably resembles a horse portrait. Justin has allegedly mastered the art of his signature as well. We wonder if he's ready to drive...

No word yet on whether Justin and Combs have found it difficult to live as two artists under the same barn/roof. Let us know what you think of Justin's work in the comments section.

PHOTO GALLERY
You won't believe what this horse can do
Download
Calling all HuffPost superfans!
Sign up for membership to become a founding member and help shape HuffPost's next chapter
Join HuffPost 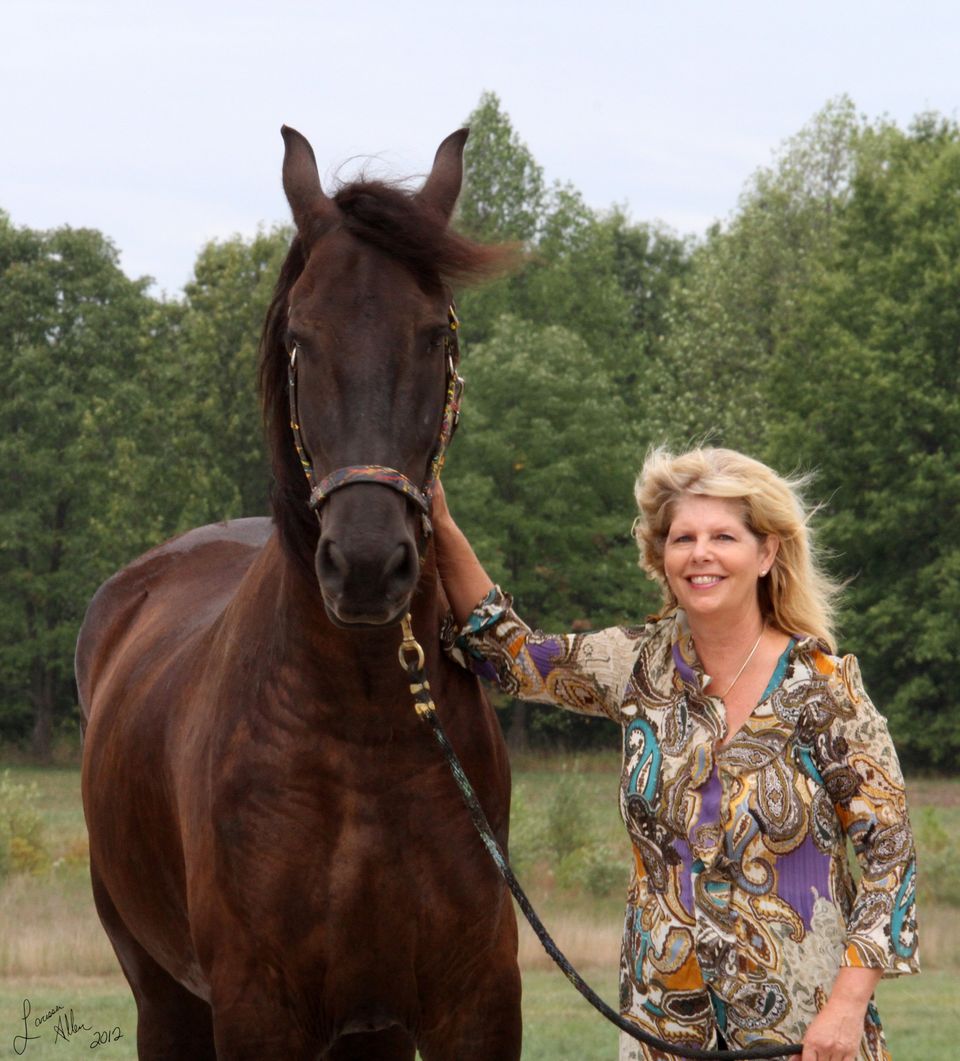 1 / 7
Adonna & Justin
Abstract paintings created by Justin, The Artistic Horse and Adonna Combs In his paintings Justin expresses his emotions through color and varying brush strokes. The paintings reflect Justin’s personality they are bold, confident and playful. His technique is unconfined and he is free to place the brush where he chooses. Each painting is unique and expresses Justin’s equine energy. Horses communicate in many ways from their eyes, body language, ears, and sounds that they make. By using his natural instinct of foraging for food and adapting this instinct to a paintbrush, Justin is able to communicate visually through expressive paintings. In some you can see silhouettes of horse shapes. Just as human artists sign their work upon completion Justin signs his paintings with his signature hoof print.
Artistichorses.com/