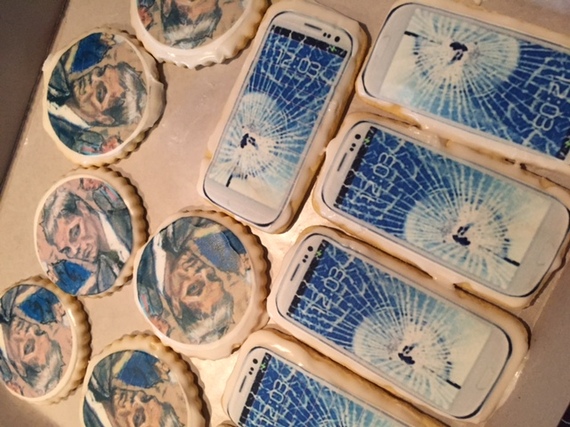 I have written often in support of our right to free speech, especially as it pertains to artistic expression. The illustrative sugar cookies posted here embrace both aspects of advocacy in the sweetest way -- and as Matt Allen of Taylor's confirmed, with written permission of the artist.

Aha! So this yummy expressiveness is also about HONESTY too -- legally substantiated to boot.

How 'bout that, Tom? 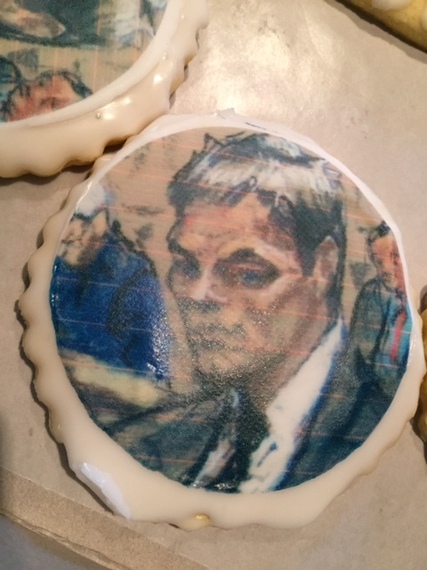 Taylor's Bakery, an Indy sweet source for over 100 years, garnered oodles of press with their Deflategate cookies -- a word Al Michaels and Chris Collinsworth would not dare utter during their coverage of the 2015 Colts/Pats Sunday Night game. I believe they called it "that" and the hoopla still surrounding it "stuff."

Agreed, this is old schlock. But still, so long as complaints remain mired in our legal and otherwise (NFL) systems, who is getting away with what? The Patriots were described on-air like some dark-side team, on what commentators called a "revenge tour."

At least the Colts put up a decent fight, better than expected, up until the inexplicable trick play attempt and that totally questionable call, when the refs basically handed the ball, air and all, back into the hands of the "dastardly" Pats near game's end.

Yes, we Colts fans are learning to love and support our guys through thick and thin -- even though the wind was long gone from collective sails by the game's close and fans left early (I think we all should stay and see our guys off the field for each game. Game-changing plays do happen but seem to take backseats to that urge to "beat the traffic" 'round here). Our volatile, post-Manning era is still in rebuild mode, despite universal love for our young Luck. Mixed messages emanating from the team as regards internal structure and leadership don't help.

Thing is, even if so-called Deflategate is a dead horse of a topic to everyone outside of this neck o' the woods, what comes to mind is that when it comes to the legal world, the big fish often simply outlast the smaller fish, coming out ahead in the end for no other reason than having outlasted the other. The Pats outlasted the Colts to the extent that they got this game under their belts, with Brady on the field, final call pending one way or the other. This win, even if Brady is held responsible in the end, is theirs. It's a done deal, and I say because of this, an even riper fish of a deal.

pics by kimann, posted with permission of Taylor's Bakery, Indianapolis