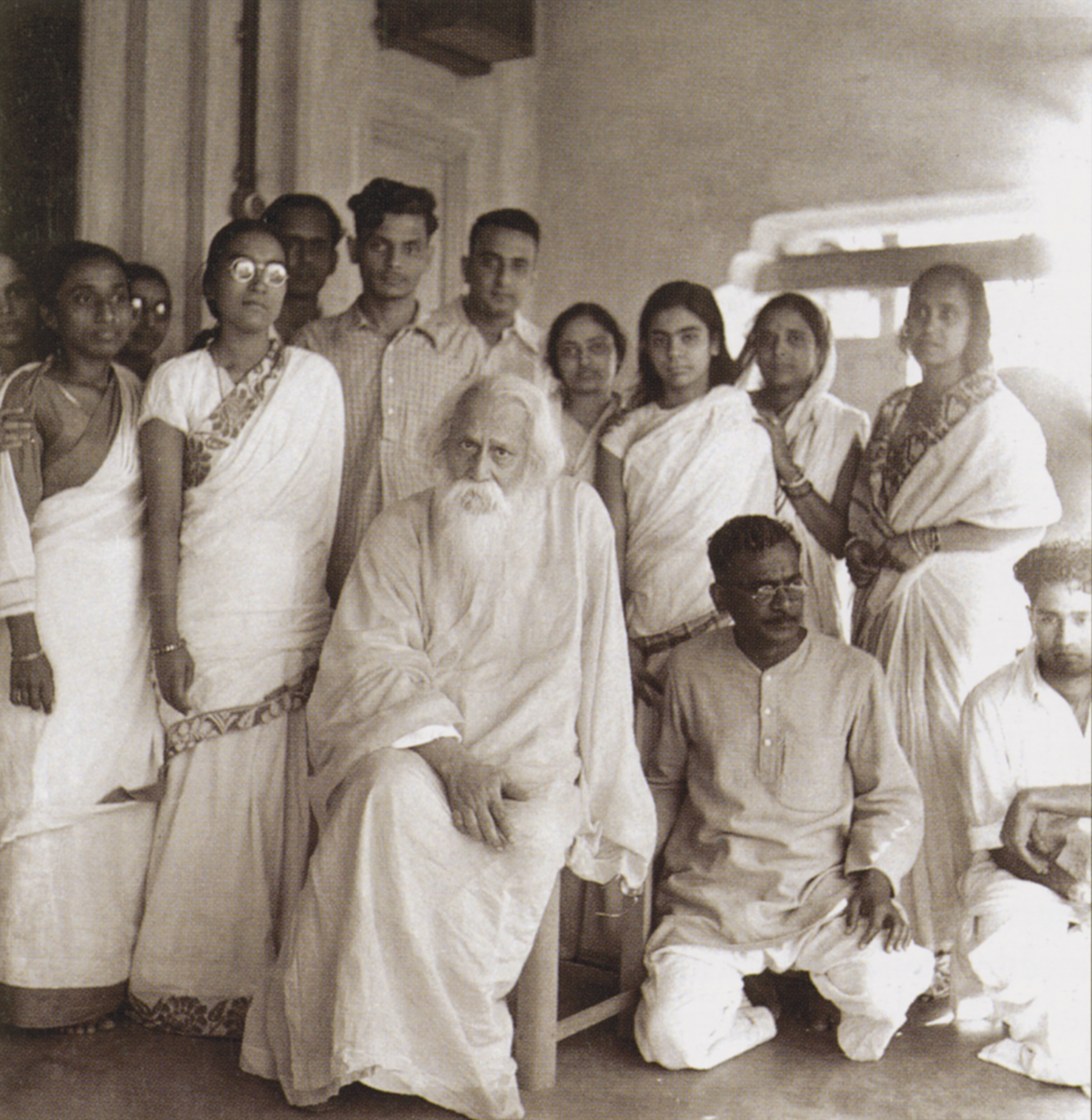 When Indian economist Amartya Sen was awarded the Nobel Prize in 1998, he chose lines from a poem by the beloved Rabindranath Tagore to open his dinner speech. He wasn't the first to have done so. Fifteen years earlier, the Indian physicist, Subrahmanyan Chandrasekhar, quoted the same poem, perhaps the best known in Modern India:

Where the mind is without fear and the head is held high
Where knowledge is free
Where the world has not been broken up into fragments
By narrow domestic walls [...]
Into that heaven of freedom, my Father, let my country awake.

For Sen, a professor of economics and philosophy at Harvard University, citing Tagore's poem invoked a Nobel tradition that began with Tagore himself, the first non-European to win the prize. But it was also uniquely appropriate to his personal history. A friend of his mother's, Tagore gave Sen his first name and founded the school where Sen spent his most formative years.

Tagore died when Sen was a young child, but, as he notes below, he was fortunate to have other great teachers along the way, formally and informally -- like the esteemed painter, Nandalal Bose, who was a neighbor and close friend of Sen's family. Amid the divisive discourse driving much of Indian politics today, he notes below, the lessons of open-mindedness and global inclusivity taught by educators like Tagore and Bose are as instructive today as they were in his and his nation's youth. Christie's caught up with Sen by phone, who shared his thoughts about their legacy.

My understanding is you received your first name from none other than Rabindranath Tagore. How did that happen, and what's your name mean?

It really means "immortal" -- etymologically, it has the same roots as the European word. And my mother was very close to Rabindranath Tagore. She was lead dancer in some of his dance dramas. So, when I was born, she got a letter from Rabindranath suggesting that, rather than repeating old names, we start inventing new names, and he offered this one. I'm perfectly happy with it but I don't think I had much choice!

You've written that Patha Bhavana, the school founded by Rabindranath Tagore, was where your educational attitudes were formed. In what sense?

Well, I think [it was] the basic idea behind the school -- of having international knowledge and a global outlook be present in a big way, without undermining the valuable elements in national and local culture, civilization and intellectual traditions. And also the focus on reasoning, the focus on freedom, are important parts of the commitment that Tagore had, which I think I benefitted from. 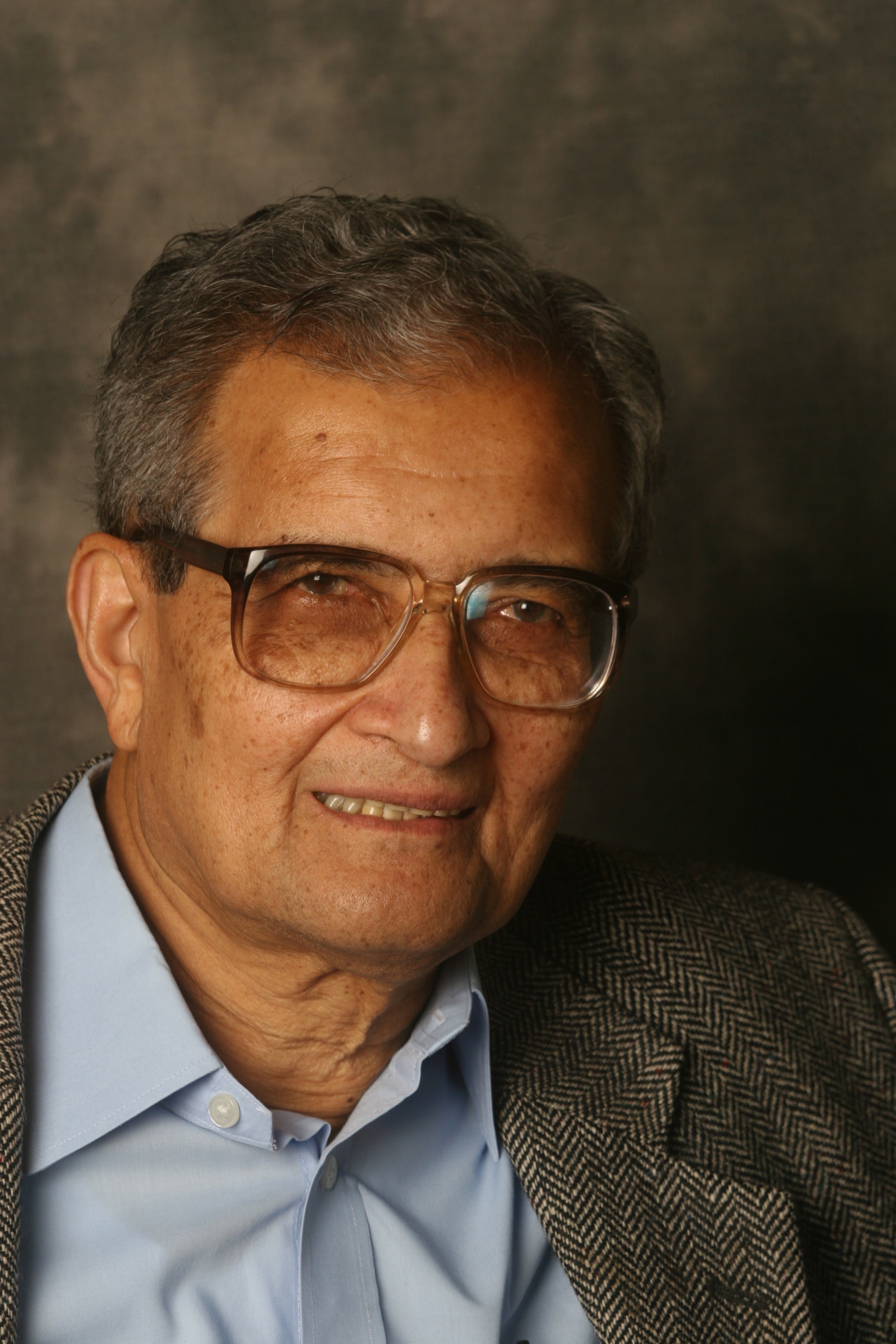 He died when I was too young. I have a vague memory of having met him, and have had conversations with him, but I'm not sure whether it's a genuine memory or a reconstituted memory on the basis of what my grandfather told me, who took me a number of times to Tagore. I was quite small when he died --not yet eight, actually.

But my understanding is you knew the painter Nandalal Bose quite well?

I knew him very well indeed. [The Bose family] were our neighbors, we were close family friends. I saw him more or less every day. Often I saw him sitting and painting. And I knew some of his students, including the great film director, Satyajit Ray. And Satyajit Ray, of course, was strongly influenced by Nandalal's teaching and thinking about painting and art.

Was Bose a mentor figure for you as well?

Well, he was a mentor figure in general. I never thought I had any talent for painting and I never tried it. But I did talk with him about his ideas about having a global outlook. But particularly making use of the East Asian, especially Japanese, traditions, which were not all that well-known in India at that time. And also Chinese traditions of painting. He took a very deep interest in them.

These early Indian Modernist artists: What do you think their contribution was in the short term at the time of Independence? What about in lasting ways?

Well, Nandalal Bose was the founder of the so-called Bengal School of painting. And it was a powerful school. Santiniketan -- and the particular institution, Kala Bhavana, which Nandalal was directing -- was a source of new, experimental and innovative paintings and sculptures. They were appreciated all over the country. But I'm delighted that the extent of appreciation has grown over time rather than disappearing or shrinking.

It seems that in the heady days surrounding Independence, there was a nationalist sentiment driving these artists, but a nationalism that was less exclusionary than the nationalism we're used to today.

I would say that they were at once nationally proud and internationally and globally connected. And Nandalal Bose -- no less than Rabindranath Tagore -- wanted that global approach, rather than a narrow national approach. Were they involved in wanting independence for India? Yes, of course they were. Did they think that, if that were to happen, the Indian schools of painting would be helped by the change? Yes, they did. 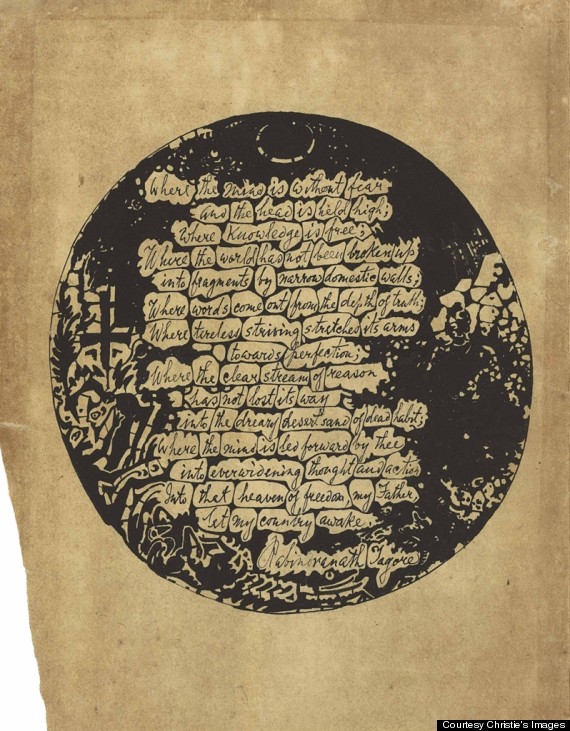 "Where the Mind Is Without Fear," Nobel Laureate Rabindranath Tagore's most famous poem, written in his own hand -- on auction at Christie's Sept. 17. Courtesy Christie's Images

When you look at the vision those men had, do you think theirs was a more comprehensive view of what "Indian" or at least "South Asian" identity could mean than what we've seen post-Partition?

They certainly claimed to be much more inclusive, and I think that claim is to a great extent justified. There was no tension between their theory and practice. [That inclusiveness] was reflected in Nandalal's paintings, strongly influenced as it is by traditions outside, particularly from East Asia. But also the constructive use of global influence was something he did advocate and champion. And the same is true of Rabindranath's poetry, essays, novels and plays. So I think that claim is rightly made and is well justified.

How do you think these artist-educators would have reacted to the divisiveness of some of India's political discourse today? What lessons can we still learn from them?

Well, I think there were three characteristics that Rabindranath and Nandalal shared, which are of particular relevance. One is a non-sectarian understanding of the traditions and culture of India. It's not a Hindu India or Muslim India. It is an Indian tradition -- to which different parts of the population have contributed and interacted.  Secondly, they were not hidebound, they were "progressive" in the best sense of the term and willing to take science seriously and knowledge coming from anywhere in the world seriously.

Thirdly, most of them were, while nationally proud, also globally proud. In fact on one occasion, Rabindranath Tagore said "Any object that I enjoy and like instantly becomes mine, no matter where its origin might have been." I'm just quoting from memory, of course. "In that sense," said Rabindranath, "all the glories of mankind are mine." There was a strong, courageous -- as well as very open-minded, broad-chested -- attitude toward global culture. In all three of these respects, Nandalal and Rabindranath stood for a progressive, global, open-minded and self-confident tradition.

The top piece in Christie's upcoming auction is a hand-written copy of Rabindranath Tagore's most famous poem, "Where the Mind is Without Fear" -- a poem with which so many Indians have an intimate relationship. Is that true for you?

I think it is true, and I was very moved by the poem. I've often recollected it. When you get the Nobel Prize, you have to make a five-minute after-dinner speech at the Nobel Dinner. And I quoted that poem in Stockholm, in the Royal Palace, where the ceremony was taking place.

But I wasn't the first to do so. [Subramanyan] Chandrasekhar, the great physicist, who got the [Nobel] prize many years before me, actually quoted that same poem on the same occasion in his own after dinner speech. In fact, I quoted Chandrasekhar quoting Rabindranath Tagore!

Christie's is auctioning numerous works from Nandalal Bose, Rabindranath Tagore and Abanindranath Tagore on Sept. 17, in New York. For more on these and other Modern and Contemporary Indian artists, click here or go to www.christies.com