In the last two decades, the ethnicity of the immigrant population from Mexico changed as more indigenous people from states like Oaxaca, Guerrero and Puebla became part of the landscape in the fields of California and of other states.

During the harvest season where you used to hear Spanish, now farm workers speak Zapoteco, Mixteco, Triqui or any other indigenous language spoken in Southern Mexico.

“Until 1996, most immigrants from Mexico – including Oaxacans – used to go back and forth between California and their towns of origin,” explains Dr. Gaspar Rivera Salgado, Program Director of the Labor Center at the University of California, Los Angeles (UCLA), who was a mentor of the project. “But since then, crossing the border became a very dangerous and expensive experience.”

In 1996 started the construction of a wall between Mexico and the U.S., in California, pushing immigrants to cross the border in more isolated areas, like the Arizona desert. The number of dead undocumented immigrants raised dramatically in that area.

“So immigrants decided to stay here and bring in their families, and one of the results is the increase of the young population,” said Salgado Rivera. “So the question is, what is going to happen with this youth? What do they think? Are they going to keep their parents’ traditions and ideas?”

To answer these and other questions, an original project was created, El Equipo de Cronistas Oaxacacalifornianos (ECO), or Oaxacalifornian Reporting Team, sponsored by the University of California, Santa Cruz.

“We applied the methodology of participatory research, in which all participants are researchers and subjects of the study,” details Rivera Salgado. “The young participants organized several groups to take surveys and discuss different topics.”

The seven young participants were also mentored by Dr. Jonathan Fox, Professor and Chair of the Latin American and Latino Studies Department at the University of California, Santa Cruz, and they presented their findings in a bilingual book in early August in Fresno, Calif.

The book, “Voices of Indigenous Oaxacans Youth in the Central Valley: Creating Our Sense of Belonging in California,” contains information and findings that go well beyond California since thousands of indigenous Mexicans expanded to several states, particularly where their skills as farm workers are needed.

“We experienced racism in this society,” said Sarait Martinez, one of the participants. She is of Zapotec origin and a college graduate. “Your gender also influences the way you express yourself.”

Martinez, a Salinas, Calif. resident, was part of the group that discussed gender-related issues. Its findings call to “restore and keep our culture, and to have political and social presence.”

Even though she is part of the new generation, she says she wants to include her parents’ voices in any social dialogue. “We grew up here so we have better tools to navigate the system,” explains Sarait with a very calm voice. “If we want a change, we need to get organized.”

For Jose Chavez, of Mixtec origins and a resident of Madera, Calif., to get organized isn’t easy. “Our parents don’t go to marches or protests, but they get involved in cultural activities.”

So these young people don’t hesitate to use cultural activities to motivate their community to get involved and to see the big social picture. “In our culture everything is about work and work… But I started to get involved in high school, and later my mother understood, and she now supports me,” added Chavez, who believes social problems such as racism require communities’ attention.

Those using culture to mobilize or motivate people to promote social changes are called “Cultural Organizers,” a new social concept.

These young activists became familiar with the Cultural Organizer concept and practice after participating in a series of events and trainings at Pan Valley Institute of the American Friends Service Committee (PVI) of Fresno.

PVI developed a cultural festival, Tamejavi, in which culture is part of immigrants’ identity to be protected. Also, those involved in organizing cultural events could become active members of a community rather than passive ones.

“You feel bad when you can’t get a scholarship because you don’t have [legal] documents… So I started looking for allies, and I decided to get involved in a folkloric dance group,” said Juan Santiago, of Zapotec origen and a resident of Madera, Calif.. “We learned more than dancing; the whole group participated on the immigrants’ marches of 2006 in Los Angeles.”

This experience was a revealing one for Santiago. “Through culture you can send a message, learn to organize and to participate.” He later received a fellowship at PVI where he learned to analyze and conceptualize his experience.

After decades of coming to the US to work and send money to their hometowns and families, indigenous immigrants are now looking to their new society differently.

“Our parents sent money to help our towns — paving roads, building schools – but now they are thinking it is time to build something here,” said Antonio Cortez, an activist of Mixtec origin and resident of Madera, Calif..

“And this is happening when I noticed that the new generations, their children, are becoming conscious of what it is to be indigenous.”

Indigenous Mexican Immigrants In U.S. Open Up About Racism, Gender, And Identity
Indigenous People From Mexico 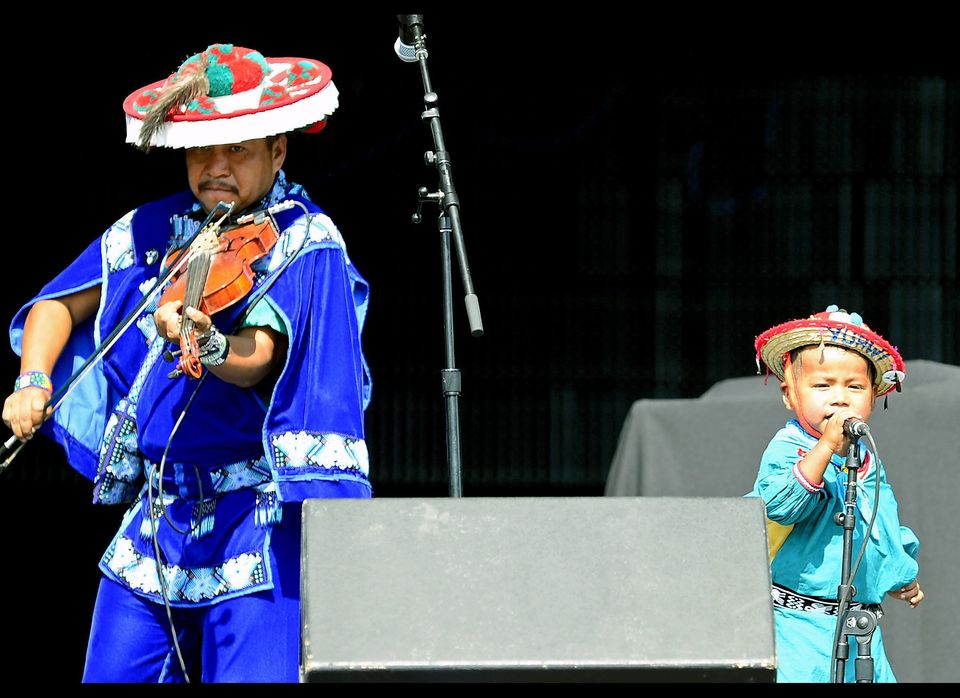