JAKARTA (Reuters) - Indonesia has deployed armed police and soldiers to help villagers on the island of Java fight back against marauding monkeys that have been terrorizing their area, stealing food and even attacking vulnerable elderly residents and a child.

The long-tailed macaques have been growing increasingly bold in their interactions with humans in the Boyolali district of Central Java, north of the city of Solo.

“The monkeys had started coming here two months ago,” said police chief Aries Andhi. “After we shot one of them, the rest didn’t come back. Now they are back again.”

A task force set up to patrol the area will shoot monkeys if necessary, he said, although traps will also be used to return others to the forest.

“As long as they don’t disturb the villagers, we won’t shoot them,” said Andhi.

The patrols are comprised of villagers and local officials, supported by police, soldiers, and members of a hunting association, he said.

“Most of the villagers attacked are senior citizens who live alone in makeshift houses,” said Andhi. “They don’t really have neighbors so when attacks happen it’s hard to get help.”

Among the 11 victims of monkey attacks was a fourth-grade student, said Heru Sunarko, coordinator of the Natural Resource Conservation Agency in Central Java.

Animal protection activists said the destruction of natural forest habitats was pushing macaques into conflict with humans, but killing them was unacceptable.

“The reason why they are raiding people’s houses or gardens is because they need food,” said Robithotul Huda of International Animal Rescue Indonesia. “Their natural habitat, teak or pine forests, have changed into commercial forest.”

Fruit was scarcer in the forest during the current dry season than in the rains, he added, while conceding that efforts to scare off the animals would only have temporary success.

“Slingshots, paintball, or firecrackers can scare them,” Huda said. “But monkeys are intelligent, if the people have used a slingshot, tomorrow they have to use something else. Monkeys can read these tactics.” 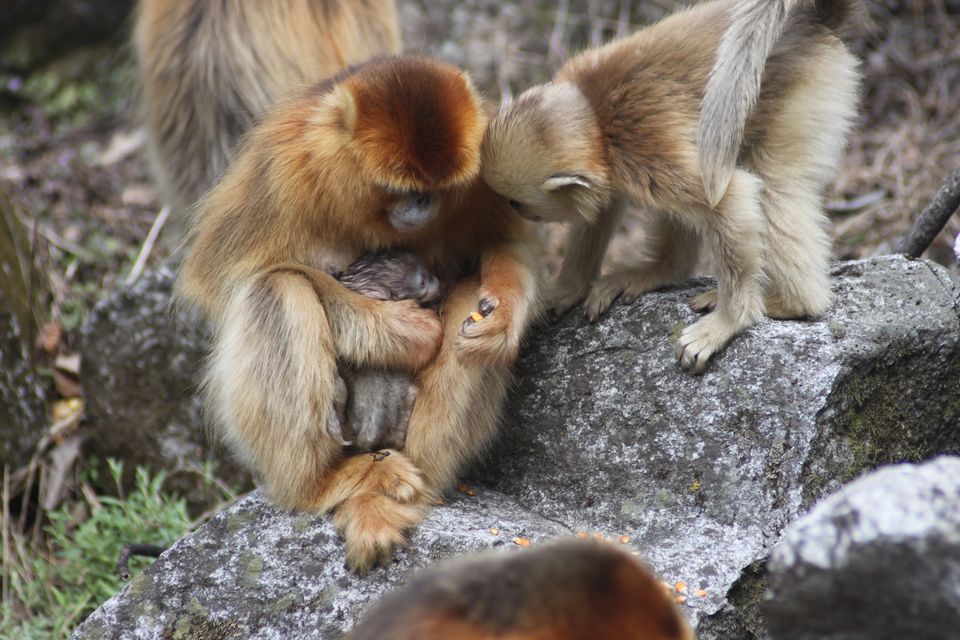