After a popular Muslim cleric declared selfies a sin, young Indonesians decided to take matters into their own hands -- by striking a pose and continuing to snap.

Felix Siauw, an Indonesian author and religious leader with a substantial social media presence, is arguing that people who take selfies are giving in to pride -- which means snapping a selfie may be a sin against God.

“If we take a selfie, sift through and choose our best pose, and then we’re awed and impressed by our selves – worryingly, that’s called PRIDE,” Siauw wrote during a Twitter rant, according to a translation provided by Coconuts Jakarta.

“If we take a selfie and we feel cooler and better than others – we’ve fallen into the worst sin of all, ARROGANCE,” he continued.

He then took aim at Muslim women, accusing them of taking selfies without shame.

“There are usually nine frames in one photo with facial poses that are just – My Goodness – where’s the purity in women?,” he wrote.

Siauw isn’t the only selfie-critic out there. In 2014, a Jeddah scholar condemned the practice of taking selfies during Muslim’s hajj pilgrimage to Mecca. The pilgrimage is meant to be a time of introspection, Scholar Sheikh Assim Al-Hakeem argued, and selfies seemed to be a way of boasting and showing off.

But Siauw’s tirade against the selfie wasn’t received well in Indonesia, Quartz reports, where the number of people using smartphones has surged in recent years. According to Google Trends, Indonesia was one of the first countries in Southeast Asia where people began searching for selfie sticks in earnest.

It wasn’t long before Indonesian youth retaliated in defense of the duck face. In fact, Siauw’s condemnation resulted in the explosion of even more selfies. Using the hashtag #Selfie4Siauw, Indonesians are fighting the idea that posting a selfie somehow taints your relationship with God.

Your version of #Islam has left me more than unimpressed. 😒 #Selfie4Siauw pic.twitter.com/aVs9fvkbS8 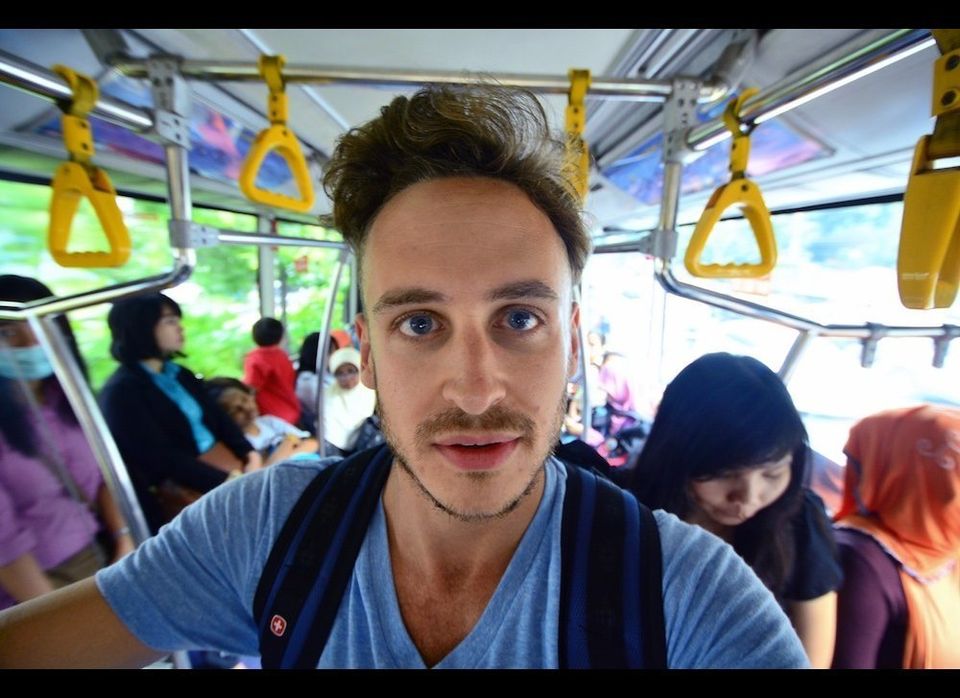 1 / 30
Transjakarta
Many travelers avoid Indonesia's hectic capital city altogether, but I enjoyed getting right in the thick of it. Riding the new Transjakarta rapid bus system, for example, allowed me to mingle with locals as I took in Jakarta's sights and smog.