JAKARTA, Nov 4 (Reuters) - A volcano erupted for the third time in as many months on the western Indonesian island of Sumatra, forcing hundreds of villagers to evacuate, officials said.

Mount Sinabung spewed a 7-km (4.3-mile) column of ash into the air on Sunday, prompting authorities to impose a 3-km evacuation radius.

The military helped evacuate 1,293 people from four villages around the volcano, which is 88 km from the provincial capital, Medan. The number of evacuees was expected to rise.

No casualties were reported.

About 14,000 people were forced the evacuate when the volcano showed signs of activity in September. Sinabung is one of nearly 130 active volcanoes in the world's fourth-most populated country, which straddles the "Pacific Ring of Fire".

The most deadly volcanic eruption in recent years was of Mount Merapi, near the densely populated city of Yogyakarta in central Java, which erupted in late 2010, killing more than 350 people. (Reporting by Kanupriya Kapoor; Editing by Nick Macfie) 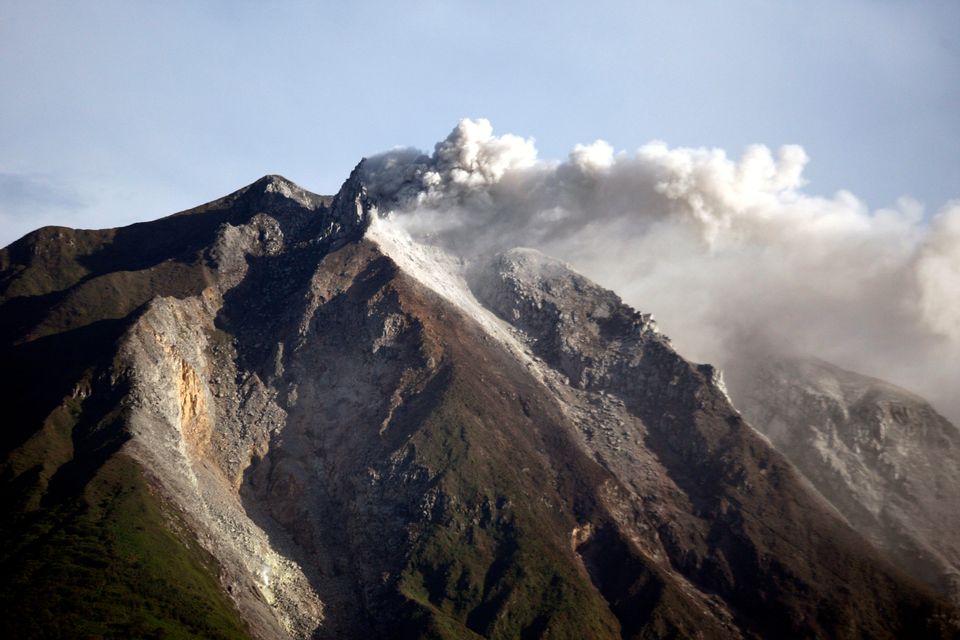